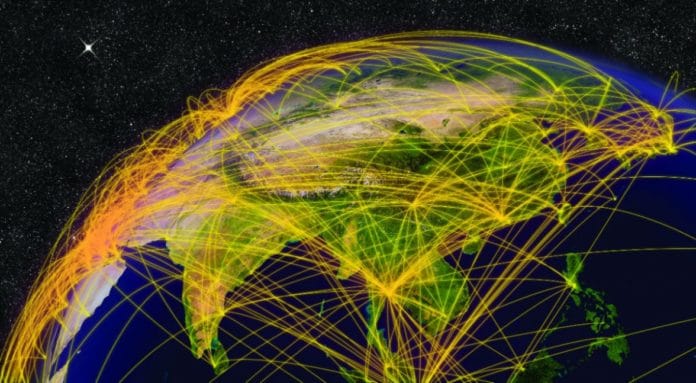 Keeping you informed of legislative and regulatory changes in Europe and abroad — from lawsuits to approvals to other regulatory issues affecting your business.

The European Commission adopted 10 new authorisations for Genetically Modified Organisms (GMOs) for food/feed use, seven renewals of existing authorisations and also the authorisation for the importation of two GMO cut flowers (not for food or feed). These GMOs had gone through a full authorisation procedure, including a favourable scientific assessment by the European Food Safety Authority (EFSA). The authorisation decisions do not cover cultivation.

The GMOs adopted are as follows:

In an open statement, the European Seed Association (ESA) opposes the European Commission’s move to re-nationalise the authorisation of GM food imports for processing, food and feed use. Following the agreement of member states and the European Parliament to re-nationalise the authorisation of GMOs for cultivation, the European Commission is taking the same approach for decisions on GMO imports such as corn and soybeans, notes Garlich Von Essen, ESA secretary general. “EU member states would be allowed to ban these imports to their territories on so-called ‘compelling grounds’ — grounds that the commission itself seems unable to quite define,” he says. “While banning the cultivation of GM crops is considered justifiable on grounds of ‘specific landscapes’, ‘town and country planning’ or ‘ethical concerns’ (criteria sufficiently vague to cover most member states’ future decisions), the commission appears to find it difficult to find any compelling grounds for the ethical concerns of the millions of pigs, hens and cows that apparently, healthily and happily, eat imported GM feed year after year. And of course this is not to mention the 500 million EU citizens that enjoy the resulting dairy and meat products.”

CIOPORA, the International Association of Breeders of Asexually Reproduced Ornamental and Fruit Varieties, hosted more than 100 plant breeders and intellectual property experts in Hamburg, Germany as part of the 54th Annual General Meeting (AGM), April 27-30. In addition to general PBR matters, AGM participants unanimously approved a strategy proposal that recommends that CIOPORA broaden its focus toward patents and biodiversity, increases educational activities for members and provides assistance in enforcement activities of groups of members.

– Who owns the DUS material?

– Under which conditions may research stations exchange DUS material?

– Can DUS material also be used in Essential Derived Varieties and infringement cases in order to reinforce the Plant Breeders’ Rights system?

The policy note covers these and other questions. It is currently only available in Dutch at www.raadvoorplantenrassen.nl.

European Food Safety Authority is asking national authorities, research institutions, industry and other interested parties to submit new information relevant to the evaluation of the risks posed to bees by three neonicotinoid pesticides applied as seed treatments and granules. The call for data complies with the decision taken by the European Commission in May 2013 to put in place measures to restrict the use of clothianidin, thiamethoxam and imidacloprid. For example, their use as a seed or soil treatment and for pre-flowering applications was prohibited on crops attractive to bees and for cereals other than winter cereals. The Commission said at the time that within two years it would initiate a review of any new scientific information. The call for data is the first step in this process. Interested parties are urged to submit information on the effects, exposure and risks of the three substances as regards bees — honeybees, bumble bees and solitary bees — when used as seed treatments and granules.

Reuters reports that Monsanto, the world’s largest seed company, plans to divest Syngenta Ag’s seeds and genetic traits businesses as well as some overlapping chemistry assets to win regulatory approval for a takeover of its Swiss rival. “We intend to make this a really clean deal,” Monsanto president Brett Begemann said in a presentation to investors. According to Reuters, he said Monsanto is confident it can address all regulatory concerns about a combination of the agrichemical and seed giants. Syngenta has rejected the $45 billion offer, but Monsanto continues to pursue it. “Syngenta’s board of directors, in conjunction with its legal and financial advisers, has undertaken a thorough review of all aspects of Monsanto’s offer and has unanimously determined to reject Monsanto’s proposal as it is not in the best interests of Syngenta, its shareholders and its stakeholders,” Syngenta says in a statement. The offer “fundamentally undervalues Syngenta’s prospects and underestimates the significant execution risks, including regulatory and public scrutiny at multiple levels in many countries,” the company adds. Monsanto issued a follow-up statement confirming it had approached Syngenta with a private proposal to Syngenta`s board of directors to acquire Syngenta for 449.00 CHF per share. “Monsanto believes the combined company would be uniquely positioned to deliver a comprehensive suite of integrated solutions to farmers around the world and to accelerate technological innovation through precision agriculture and advanced research and development capabilities aimed at increasing the world`s food supply in a sustainable fashion,” Monsanto says in its statement.

The United States Department of Agriculture (USDA) expressed disappointment regarding the Environmental Protection Agency’s incomplete analysis on neonicotinoid seed treatments for soybeans and the burden it’s created for growers, according to a statement from the American Soybean Association. In October 2014, EPA’s report indicated there are no clear or consistent economic benefits of neonicotinoid seed treatments in soybeans — a conclusion USDA said is not only false, but has again put growers in a position where they must defend their pest management decisions. “As a whole, USDA disagrees with that assessment,” USDA states in a letter sent to the EPA in April. “We believe that pest management strategies are made in consideration of pest pressures, climate, landscape and numerous other factors.” USDA stressed that growers should have the ability to use the best tools available to manage pests, including choice in seed treatment and pest management tactics based on what works for individual situations.

At April’s annual general meeting of Syngenta AG, board chairman Michel Demaré referenced recent debates and regulatory hurdles that continue to make doing business a challenge for companies such as Syngenta. “The future of our industry, and of our company, is still highly dependent on our license to operate in a world where we constantly face preconceived ideas and opposition about technology in agriculture,” Demaré says. “The polarised debate about pollinators and neonicotinoids in Europe, and the contentious issue of the labeling of food containing genetically modified ingredients in the U.S., were just two issues which gained significant coverage in the past year. Syngenta continued to be active in this debate.”

A three-year postponement in the global approval of biotech-enhanced soybean traits any time in the next 10 years would cost farmers and consumers a total of nearly $19 billion, compared with typical approval timelines, according to a new white paper funded by the International Soybean Growers Alliance (ISGA). This new research was released during a recent ISGA mission where farm leaders from the United States, Argentina, Brazil and Paraguay met with Chinese government officials and influencers to discuss the economic implications of these delays for global producers and consumers of soy. “It’s no secret that soy is part of a global market,” says Bob Haselwood, United Soybean Board (USB) chairman and soybean farmer from Berryton, Kansas. “We need a coordinated effort across North America, South America and China to work toward timely international approvals for new biotech traits to grow a safe, reliable and abundant food supply that is profitable for both producers and consumers.”

Farmers in large soy-exporting countries that quickly adopt new technology — the U.S., Brazil and Argentina — and consumers in large importing countries — China and the nations in the European Union — have the most to lose from delayed approvals, according to the white paper. As an example of important biotech approvals that farmers might need in the near future, the study examined herbicide-tolerance traits and analysed the effects of approval delays through 2025. The white paper, “The Potential Economic Impacts of Delayed Biotech Innovation in Soybeans,” was developed in conjunction with ISGA members, by researchers Nicholas Kalaitsandonakes, Kenneth Sahringer and Jon Kruse at the University of Missouri.

The Vermont Attorney General’s Office has formally adopted the regulations implementing Act 120, the law requiring the labeling of food produced with genetic engineering. The rule takes effect July 1, 2016. “This is a process that began with the legislature’s careful crafting of Act 120,” says Attorney General Bill Sorrell. “We are pleased at the amount of public input we received during the rule-making process — from industry and consumers — and are glad that, with the formal adoption of this rule, we are giving ample time for food manufacturers and retailers to prepare for the law to take effect in just over 14 months.” The final rule provides the requirements for how the “Produced with Genetic Engineering” label should appear on processed food, details the exemptions from the labeling requirement and contains enforcement provisions for violations of the law.

Global Seed Exports and Imports: Comparisons Between 2015 and 2020