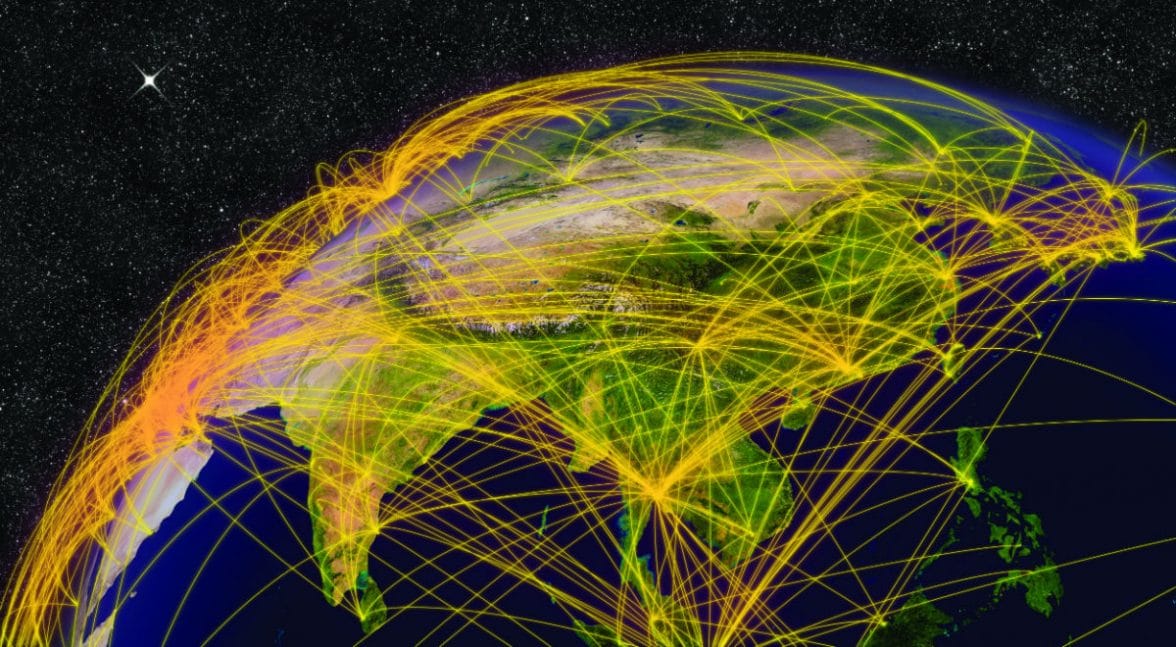 Feeding studies of GM food/feed have been studied in detail by an EU-funded project called GMO Risk Assessment and Communication of Evidence (GRACE). The project team used GM maise event MON 810 in a 90-day and one-year feeding study. The team did not find any indication that a routine performance of 90-day feeding studies with whole food/feed would provide additional information on the safety on MON810 when compared to the compositional comparison of the GM variety. Results also indicate that feeding the rats with MON810 did not lead to any adverse effects. Additional findings support the scientific reasoning that feeding trials with whole food/feed may provide an added scientific value for the risk assessment of GM crops, but only in case a trigger is available from the initial molecular, compositional, phenotypic and / or agronomic analyses.

A new study published by the Information Technology and Innovation Foundation (ITIF) and authored by Val Giddings, Robert Atkinson, and John Wu reveals how opposition to genetically modified organisms (GMOs) hurts developing nations. According to the report, campaigns against GMOs, originating primarily in Europe, have created significant obstacles to the development and adoption of genetically modified crops. The authors emphasised that the restrictive climate for agricultural biotech innovations could cost low- and lower-middle-income nations up to US$1.5 trillion in foregone economic benefits through 2050. Opponents of agricultural biotechnology have argued that GMOs would benefit only industrialised nations, and would price farmers from developing nations out of the market. The authors wrote that these groups were wrong. Experience and data have shown that crops improved through biotechnology provide significant benefits for farmers. Biotech-improved seeds are even more important to farmers in developing countries than in developed nations, because the former have less capacity and access to other innovations that boost productivity (e.g., modern tractors, etc.), but they can afford improved seeds. This is the reason why farmers in developing nations plant more biotech-improved seeds than farmers in industrial nations, despite massive European and advocacy group efforts to discourage them.

Australia’s Office of the Gene Technology Regulator has issued a license in response to application DIR 138 from Bayer’s Crop Science division, authorising the commercial release of canola genetically modified (GM) for dual herbicide tolerance and to facilitate production. The release is authorised to take place throughout Australia. The GM canola and products derived from it may enter general commerce, including use in human food and animal feed. Food Standards Australia New Zealand (FSANZ) has approved the use in food of material derived from this GM canola. The decision to issue the license was made after consultation on the Risk Assessment and Risk Management Plan with the public, state and territory governments, Australian Government agencies, the environment minister, the Gene Technology Technical Advisory Committee and local councils, as required by the Gene Technology Act 2000 and the corresponding state and territory legislation.

The Joint Department Circular (JDC) titled ‘Rules and Regulations for the Research and Development, Handling and Use, Transboundary Movement, Release into the Environment, and Management of Genetically-Modified Plant and Plant Products Derived from the Use of Modern Biotechnology’ was finally approved and signed by the secretaries of the Philippine government’s Departments of Agriculture (DA), Science and Technology (DOST), Environment and Natural Resources (DENR), Health (DOH), and Interior and Local Government (DILG). The approval is expected to lift the temporary ban on research, field testing, commercialisation, and importation of GM crops and biotech products in the country brought about by the Supreme Court decision which was met with criticisms from the scientific and academic community, farmer groups, traders, food and feed processors, and livestock producers as well as disappointment from farmers who are looking forward to better quality GM seeds, particularly the insect resistant Bt talong (eggplant), the field trials of which were permanently stopped by the high court. According to economic studies, Bt talong can have significant socioeconomic benefits for both farmers and consumers such as reduction in chemical pesticide use. It is expected to greatly benefit major eggplant producing provinces such as Pangasinan, which has high insect pest pressure from Bt talong’s target insect, the fruit and shoot borer.

Kenya’s Biosafety Authority has granted a conditional approval for environmental release of insect resistant maize (Bt maize) for National Performance Trials. The Bt maize has been genetically modified (GM) to produce an insecticide–Bt protein– that kills certain insect pests. The gene added to the maize comes from the soil bacterium Bacillus thuringiensis (Bt), which has long been known to possess an insecticidal effect and widely used in organic agriculture. The transformed crop will be able to withstand stem borers, known to reduce maize production by an average of 13 per cent or 400,000 tonnes of maize, equivalent to the normal yearly amount of maize that Kenya imports. Other African countries that have already authorised the sale of GM crops include Burkina Faso, South Africa and Sudan. In 2014, South Africa grew 2.1 million hectares of biotech maize of which 28 per cent was Bt maize. The Kenyan approval was reached after comprehensive review of the application submitted by Kenya Agricultural Livestock and Research Organization and the African Agricultural Technology Foundation in June 2015. The review process included a public participation exercise, where stakeholders submitted written comments on the application.

DuPont and The Dow Chemical Company have announced the U.S. site structure for the global agriculture leader the companies intend to create following the planned separation of DowDuPont into three independent, publicly traded companies. The corporate headquarters for the Agriculture company will be located in Wilmington, Delaware and will include the office of the CEO and key corporate support functions. Sites in Johnston, Iowa and Indianapolis, Indiana will serve as Global Business Centers, with leadership of business lines, business support functions, R&D, global supply chain, and sales and marketing capabilities concentrated in the two Midwest locations. In addition, the independent Agriculture company will feature DuPont in the company’s name, following completion of the corporate naming and branding process.

“The proposed combination of Dow’s and DuPont’s agricultural businesses will create a U.S.-based global leader with the scale and breadth necessary to deliver greater value and choice for growers worldwide and compete against the largest global competitors,” said Andrew Liveris, chairman and CEO of Dow. “Combining each company’s strengths in science and R&D, with increased global market access, enables greater opportunity for innovative new solutions in both seed and crop protection. The headquarters location of the Agriculture company being announced as Wilmington, with global business centers in Indiana and Iowa is consistent with the intended headquarters of the Material Science company, to be named Dow, being headquartered in Midland, Michigan, but having global business centers in other U.S. and global locations.” Prior to the intended separation into three independent companies, DowDuPont will be dual headquartered in Wilmington, Delaware and Midland, Michigan. Both parties continue to plan for the closing of the transaction during the second half of 2016, subject to satisfying the necessary closing conditions including obtaining the required pre-merger regulatory approvals.

The U.S. Department of Agriculture’s Animal and Plant Health Inspection Service (APHIS) has announced that it will issue a notice that it is developing a draft programmatic environmental impact statement (EIS), required under the National Environmental Policy Act, that will evaluate a range of alternatives that the Agency can take as it works to update its biotechnology regulations. The notice also invites the public to comment on the range of alternatives that APHIS will study in the draft EIS, along with definitions that APHIS plans to use in the draft EIS. APHIS is considering amending its biotechnology regulations pertaining to introductions of the products of biotechnology that may pose plant pest or noxious weed risks to reflect lessons learned from regulating biotechnology products since 1987, reflect advances in biotechnology and address comments and suggestions raised by stakeholders.

The Pakistan National Biosafety Centre (NBC) under The Ministry of Climate Change held meetings of the Technical Advisory Committee (TAC) and the National Biosafety Committee to review long pending applications of multiple biotech crops for lab work, field trials and commercialisation submitted by public and private sector institutions and companies. Major crops include wheat (field trials), cotton (commercialisation) and corn (commercialisation). In corn, NBC has approved commercialisation of insect resistant and herbicide tolerant traits, whereas in cotton NBC has approved commercialisation of insect resistant trait. In this meeting, government has resumed the functioning of the biotech regulatory system. Pakistan government is optimistic that this initiative will bring about a better development in the field of agriculture. The new technology will ensure Pakistan’s farmers to increase domestic corn productivity that could enable farmers to produce more to help meet the needs of the country’s domestic feed industry, and make the country a self-sufficient global contributor in agriculture.

Sonja Begemann - January 6, 2022 0
After a decade and a half of research, KeyGene, together with Wageningen University and Research and researchers from Japan and New Zealand, has made...

Sonja Begemann - January 6, 2022 0
Technological advancements are moving at lightning speed and governments around the world are struggling to keep pace. As agriculturalists look to new breeding techniques,...