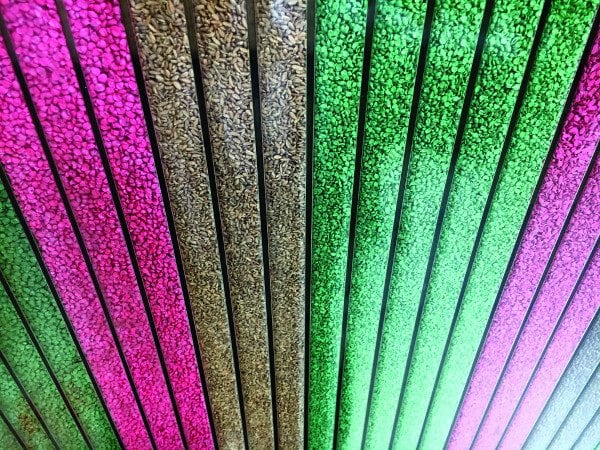 Neonicotinoid crop protection products have been used since 1994. Due to their effectiveness they have dramatically changed farming in Europe. For one, because the products have improved pest control, thereby boosting yields. At the same time, they have decreased the use of foliar sprays, additional chemical applications and thus lowering costs and environmental impact. By decreasing yield variation from year to year, the products have also reduced risks for farmers.

In 2012, on request of the European Commission, the European Food Safety Authority (EFSA) carried out a review of studies regarding the impact of neonicotinoids on bees. Following the publication of EFSA’s conclusions in early 2013, the European Commission restricted the application of the three neonicotinoids clothianidin, imidacloprid and thiamethoxam for seed treatment, soil application and foliar treatment in crops attractive to bees by Implementing Regulation (EU) No 485/2013. As of 1 December 2013, placing seeds treated with plant protection products containing one of the three substances on the market was prohibited in the European Union (EU).

While the ban does not include a time limit, the Regulation does foresee a review of new scientific information within two years of its implementation. EFSA’s conclusions on the new data were expected to be published in early 2017, but instead are now expected towards the end of 2017. And based on their conclusions, the European Commission is expected to take a decision whether to lift, maintain or amend the ban. In the coming months, we also expect the rulings of the European Court of Justice in diverse law suits filed by Bayer CropScience, Syngenta Crop Protection and BASF Agro against the Commission related to the restrictions already in place.

“While the court case only looks at and rules on the current restrictions, its outcome is indirectly of equal importance for the proposed new measures. Bayer filed the case to seek clarity on the legal basis of the European Commission’s decision” says Martin Gruss, Global Head SeedGrowth at Bayer Division Crop Science. “The court will not decide on a scientific re-evaluation of the substances but on the legal validity of the restrictions. The company believes that the decision of the European Commission to ban certain neonicotinoid uses on a number of crops is unjustified, disproportionate and goes beyond the existing regulatory framework. In particular the decision was based on an as yet unapproved new risk assessment approach proposed by the European Food Safety Authority.”

To provide more insight on this topic, and assess the actual impact of the neonics ban on European farming, several studies have been carried out. In January 2017, the research agency HFFA Research GmbH carried out a study to calculate the economic and environmental impacts of the ban, focusing specifically on the impact on oilseed rape cultivation. And in May of the same year, LMC International carried out a similar study on the economic impact of the neonic ban in sugar beets.

In oilseed rape, the three impacts the neonic ban can be translated into economic and environmental costs. The costs for the European oilseed rape industry related to the neonicotinoid ban amount to almost € 900 million:

The ban also has significant environmental impacts, both within the EU and on a global scale:

Farmers who were faced with a ban of one of the most effective tools in their insecticide-toolbox, were forced to switch to other, more costly management solutions. A common approach was to resort to spraying pyrethroids. On average, farmers applied 0.73 additional foliar applications per hectare of cultivated oilseed rape. As highlighted above, such additional foliar insecticide applications lead to an increase of GHG emissions and require significant amounts of additional water. The total increase of production costs at farm level is therefore estimated at € 120 million. In Aug. 2017, a peer-reviewed article has been published on the impact of the restrictions on neonicotinoid and fipronil insecticides on pest management in maize, oilseed rape and sunflower in eight European Union regions. The study found that in certain cases farmers switched to using untreated seeds as no alternative seed treatments were available. Other farmers switched to using unrestricted neonicotinoid- or pyrethroid-treated seeds or increased the use of soil or foliar treatments, with pyrethroids as the principal insecticide class. Other changes in pest management practices ranged from increased sowing density to more frequent scouting for pests. Many farmers perceived that the time, cost and amount of insecticides required to protect crops increased, along with pest pressure. Alternative seed treatments were mostly perceived as being less effective than the restricted seed treatments. 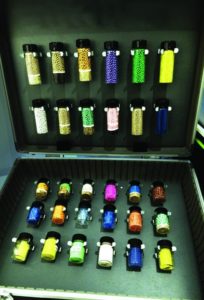 Comparison with other studies on the same topic find very similar results. A recent study undertaken by ADAS (UK’s largest independent provider of agricultural and environmental consultancy) also investigated the impact of the neonicotinoid withdrawal on the EU oilseed rape (and maize) industries. In contrast to the 2016 HFFA-Study, it only focused on the impact in seven European countries (Austria, Germany, Finland, France, Portugal, Romania, Sweden and the UK), and focused specifically on winter oilseed rape crops. Further to that, there are some differences in the study approach, but nevertheless, the study demonstrated very similarly significant impacts at farm level:

Another recent study carried out by the consultancy Steward Redqueen looked at a broader, cumulative impact of losing an even higher number of substances currently used in crop protection products in Europe. Similarly, the study demonstrated that without these crop protection products, EU farmers might be at risk of suffering from significant yield losses and that greenhouse gas emissions related to cultivation would significantly rise.

The results of these studies demonstrate that it is worth putting costs and benefits of banning neonicotinoids into perspective.

The decision by the European Commission (EC) to restrict the use of three seed-applied neonicotinoids from 2013 onwards triggered different regulatory processes. Now we know that the restricted uses will be re-evaluated in November 2017. Besides that, the European Food Safety Authority (EFSA) published reports on the foliar use of those three neonicotinoids in July 2015 and confirmatory data reports for the two Bayer neonicotinoids Imidacloprid and Clothianidin in November 2016. The EC is currently reviewing these EFSA reports ready for discussion with the EU Member States. The EC is now proposing a broad ban on these two neonicotinoids by only authorizing their use as insecticides in permanent greenhouses where a crop stays there all its life. But these are just proposals. No decision has been taken yet.

Why EFSA is wrong

Bayer does not agree with the EFSA’s risk assessment for the current uses of Imidacloprid and Clothianidin. Their risk assessment was based on the so-called Bee Guidance Document, which still lacks the legally required approval by EU Member States and has therefore not been adopted. That means it is not applicable for regulatory purposes in the EU! If the Bee Guidance Document would be applied consistently, its approach would result in a denial of registration for most pesticides, even those used in organic agriculture! If this came about, the impact on food production for the growing global population would, in my opinion, be really bad.

Our position at Bayer is quite clear. Neonicotinoids are safe when used responsibly and in accordance with label instructions. In 20 years of intensive and critical research on neonicotinoids there hasn’t been a single study that was able to show a negative impact on honey bee colony health when neonicotinoid seed treatment products were tested under realistic field conditions and practical application scenarios. What’s more, the EU’s neonicotinoid restrictions have not led to any measurable improvement in bee health – but have cost European farmers a fortune. A recent study published by HFFA Research, an independent research organization, estimated that the current ban is costing European oilseed rape farmers alone almost €900 million a year! This is just one of the reasons why we at Bayer are arguing against the proposed broad ban on neonicotinoids in Europe!

In addition it should be remembered that publications generated by the European Commission itself have clearly shown that neonicotinoids pose minimum threat to bee health compared to other factors such as lack of food, diseases and cold weather.

Thiamethoxam, widely used by sugar beet growers in Europe for the last 15 years, has proven to be a safe, effective and reliable crop protection tool in sugar beet production. It plays a vital role in allowing farmers to drill early, ensuring fast and even crop establishment for a longer growing period and increased yields. The alternative to neonicotinoid pesticides for these crops would be to go back to lower efficacy foliar sprays from the early nineties, such as pyrethroids. We estimate that such a restriction would need to be compensated by up to three foliar insecticide applications. This would represent a damaging reduction in return on investment for growers by increasing cost and labour time, while conversely reducing yields. Furthermore, the resistance risk of pyrethroids would grow even more due to extensive use. In case of a ban, it is likely that the beet yield would drop by more than 25% in certain growing regions, and that acreage would reduce in oceanic areas where yellows virus pressure is high, exposing the processing sector to higher fixed costs as a consequence of under-utilization of capacity. The proposed ban would occur at the same time as the European sugar market abolishes sugar quotas and minimum beet prices, and would consequently weaken its international competitiveness against cane sugar.

Sugar beet is not attractive to bees. Residues of thiamethoxam degrade rapidly in typical European sugar beet soils, reaching very low concentrations after one year. A new pollen and nectar residue study initiated in 2017 in Germany and Austria following a 2016 sugar beet cropping confirms no significant impact. If a risk to bees was still believed to be present, mandatory label requirements excluding planting of bee attractive crops could be established in the year following a sugar beet crop. The dominant succeeding crops after sugar beet are winter cereals which are also considered non-bee attractive.”

Editor’s Note: Based on the HFFA Research report “Banning neonicotinoids in the European Union – An ex-post assessment of economic and environmental costs” (January 2017) and on the LMC International report “The Economic Impact of a Ban on Neonicotinoids on the EU Sugar Beet Sector” (May 2017).

Where on the web:

The impact of restrictions on neonicotinoid and fipronil insecticides on pest management in maize, oilseed rape and sunflower in eight European Union regions (August 2017): https://www.ncbi.nlm.nih.gov/pubmed/28842940

Assessing the Efficacy of the EU Farm to Fork Strategy