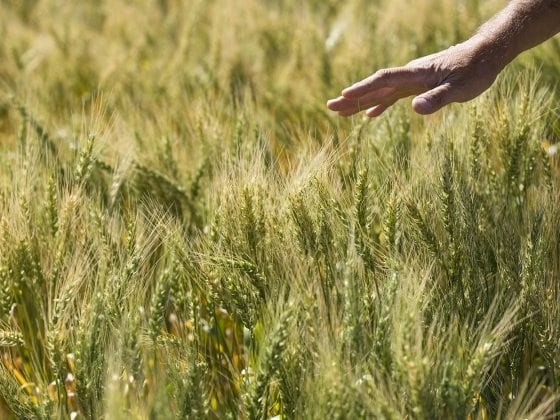 Wheat’s ability to defend itself against yellow rust now and in the future will be explored at this year’s UK Cereal Pathogen Virulence Survey (UKCPVS) stakeholder event.

The latest pathogen virulence data for wheat yellow rust, as well as wheat brown rust and cereal mildews, will be presented. Progress in research looking to introduce durable yellow rust resistance in wheat crops will also be outlined.

The fightback against yellow rust

Significant changes to UK wheat yellow rust populations, identified by the AHDB-funded UKCPVS, in 2016 contributed to a major revision of AHDB Recommended List (RL) disease ratings. The situation, however, seems to have since stabilised in 2017.

Monitoring of pathogen populations, in addition to investment in plant breeding programmes, is essential to make sure commercial varieties can stand up to evolving pathogen pressures.

Dr Sarah Holdgate, UKCPVS project manager based at NIAB, said: “The yellow rust population was relatively stable in 2017 and this was reflected in the latest edition of the RL, as there were no significant shifts in disease ratings.

“The yellow rust population has become extremely diverse in the UK, however, so it is important to keep up both monitoring and plant breeding efforts to ensure wheat is equipped with the genetic defences to counter this diversity.”

The genetic mechanisms behind wheat yellow rust resistance are being unravelled by pre-breeding research.

At the event, papers will show how advances in our understanding of yellow rust populations and crop genetics are providing hope that long-lasting sources of resistance could be available within commercial crops in as little as ten years.

An update on field pathogenomics, as well as a paper on powdery mildew, following relatively high levels of this disease in cereal crops in 2017, will be provided at the event.