Crops European Project: 2.5 million Euros to Detect the Smell of Plants in...
CropsTechnologyResearch

European Project: 2.5 million Euros to Detect the Smell of Plants in Distress 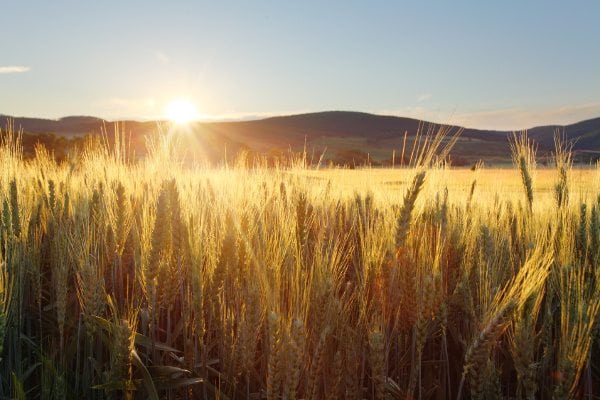 Ted Turlings, professor of biology at the University of Neuchâtel (UniNE), has just received a prestigious grant from the European Research Council (ERC) for a large-scale research. With a budget of nearly 2.5 million euros for a period of five years, the Agriscents project aims to develop a sensor to detect pests and pathogens that occur in crops. And this, thanks to the real-time analysis of the odors emitted by plants when they are victims of pests. Agriscents follows work on the role of odorant molecules in plant-insect interactions conducted by the team of Professor Ted Turlings, Director of the UniNE Laboratory for Basic and Applied Research in Chemical Ecology (FARCE).

When attacked by herbivorous organisms or pathogens, plants emit a mixture of odorous molecules specific to the type of aggression of which they are victims. This is one of the major discoveries of Ted Turlings and his colleagues. With corn as a model plant, scientists want to develop sensors to detect these bouquets of fragrances and, thanks to the detailed analysis of the molecules involved, associate them with an olfactory signature of pests or specific pathogens.

The research of Agriscents will be 80% carried out at the University of Neuchâtel. For the rest, the FARCE laboratory will benefit from the support of other academic institutions, such as the University of Bern, the Universidad del Mar in Mexico and the University of Missouri (USA), as well as the Max Planck Institute for Chemical Ecology in Jena, Germany. But also the skills of Swiss private companies for the development of the robot prototype with a highly sensitive sensor.

If the attacks occur on the aerial parts of maize, mainly the stem and leaves, the volatile compounds are released into the air and can be harvested directly by the sensor. But there are also pests that devour the roots of maize, such as the larvae of Diabrotica virgifera virgifera . However, the odorous molecules generated following this type of attack could not reach the sensor on the surface.

To remedy this, the researchers propose to activate certain leaf genes that could serve as a relay to the signal, generating a specific odorant signature in the air when the roots of the plant are affected. Thus, even the underground attacks will be easily detectable by the future sensor. “But for the system to work, it will first be necessary to create a database of ‘odor footprints’ linked to specific plant-herbivore or plant-pathogen interactions,” Turlings says.

With this technology, Ted Turlings’ team and their partners are committed to developing real-time corn field monitoring to help farmers apply treatments at the right time and in the right place.

Scientists have identified a natural variation in a gene that influences sodium content in barley crops, a finding which may help advance the development...
Read more
Crops

A team of scientists from Rothamsted Research have bred a type of wheat specifically to improve whisky production. The group’s lead researcher says this new...
Read more

On 14 May 2020, the Enlarged Board of Appeal of the European Patent Office declared that plants obtained by essentially biological processes are not...
Read more
Barley

Scientists have identified a natural variation in a gene that influences sodium content in barley crops, a finding which may help advance the development...
Read more
Crops

A team of scientists from Rothamsted Research have bred a type of wheat specifically to improve whisky production. The group’s lead researcher says this new...
Read more
Tweets by GerminationMag