After the ECJ Ruling: KWS Continuing to Invest in Precision Breeding 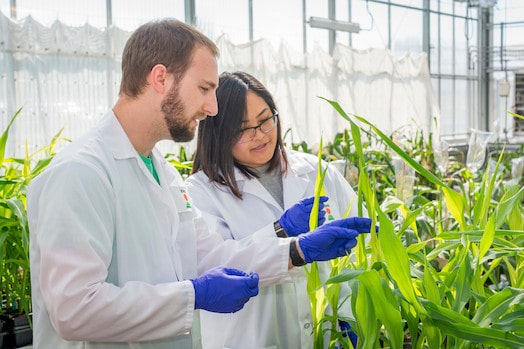 Even after the ruling by the European Court of Justice on new plant breeding methods, KWS will continue to invest in them. “The new means of targeted mutagenesis, which are often subsumed under the term CRISPR, mean breeders can offer farmers better-adapted varieties faster,” said Léon Broers, the member of KWS’ Executive Board in charge of research, in Einbeck.

“This summer’s drought clearly showed that agriculture has to adapt rapidly to changing conditions such as climate change,” added Broers. “The new high-precision breeding methods are a great opportunity to make plants more resistant to diseases and pests faster. They also help conserve resources, since plants need less water and fertilizer, for example. That goes for conventional varieties and organic farming alike.”

In July, the European Court of Justice issued a ruling that attracted a lot of attention: Plants that are bred with the aid of targeted mutagenesis and do not differ from conventional varieties are also subject in the EU to the strict approval requirements applying under genetic engineering law. That means high regulatory and financial hurdles for approval of plants bred with CRISPR in the 28 member states of the EU.

In contrast, the U.S. authorities clarified in the spring that precision breeding that results in plants corresponding to those obtained by conventional breeding will not be regulated in the U.S. Authorities in other countries have also issued similar recommendations with an eye to a differentiated assessment.

“The ruling means the prospects in Europe for this highly promising technology are pretty gloomy. Other countries assess the new precision breeding methods for plants on the basis of the great opportunities they offer for more sustainable agriculture moving ahead. There’s great acceptance for the new possibilities around the world. In the future I expect that new scientific findings in plant research and breeding are more likely to come from regions where there are lower hurdles for CRISPR. That will also influence young scientists in choosing where they want to work. It’s therefore logical for KWS to focus on markets and crops for such regions,” said Broers. “So we’ll not cut back our CRISPR activities, but merely adapt individual aspects of our research – and we’re currently developing such plans.” KWS is working on precision breeding projects at its headquarters in Einbeck and at its research center in St. Louis, Missouri, in the United States.

KWS’ breeding objectives include higher yield, resistances to diseases and pests, and better nutrient efficiency. “Questions relating to sustainability and the future of agriculture can thus be tackled in a far more pinpointed way. With its ruling, the European Court of Justice has passed the ball back to the European Commission and the member states. They now have to decide whether they want to keep innovative strength in the EU and make agriculture more sustainable by means of innovative plant breeding,” said Broers.