Non-GMO Soybean as a Strategic Crop for Europe 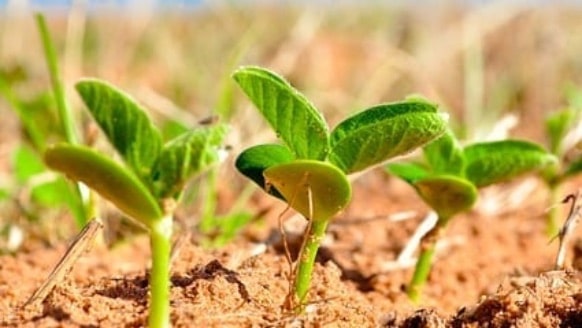 In 2018, EU28 will produce about 2.7 million tons of soybean grains, which represent only 7 percent of the total soybean meal needs and 50 percent of non-GMO soybean meal consumption. The EU28 is obliged to import a huge quantity of soybean from South America pushing the soybean crop to represent close to 50 percent of the total cultivated land compared to only 2 percent in Europe. This situation is not sustainable at all for South America (massive use of herbicide glyphosate, apparition of resistant weeds, absence of rotations, deforestation), neither for the EU (long transport, risk of GMO presence and glyphosate used as desiccant in non-GMO soybean). At the same time, more and more European consumers want to eat meat produced locally with non-GMO soybean meal.

Therefore, the EU28 decided to launch next month the strategic European Independence Protein Plan to develop all protein crops which are under cultivated in Europe. Soybean is the richest plant in protein in the world (close to 50 percent). The first step will be to produce 100 percent of the non-GMO soybean meal in the EU28 and not import any more from America. Then decrease the dependence to 50 percent only before 2025 to increase food independence security. Step by step, the non-GMO soybean imported from America will be replaced by locally grown soybean: this is the European Protein transition (graph 1).

For these reasons, many local soybean associations have developed full supply chain systems to trace locally produced soybean (Europe/Danube Soja, Soja de France, Magyar Szoj). This is generating a strong incentive to farmers who are planting soybeans, which is becoming now one of the most profitable crops. From 2011 to 2015, the soybean surface increased with 2 million ha and the forecast for 2015 is around 6 million ha. (cf graph).

Graph 2: Soya are development in Europe – Forecast until 2025.

Euralis anticipated this strategic change many years ago by investing massively in soybean breeding from 000 to II, being now the n°1 non-GMO soybean breeder in Europe with the n°1 variety sold in Europe: ES Mentor 00 and the n°1 used in Southern France & Hungary: Isidor & ES Pallador. Euralis invested also in a soybean crushing factory SOJALIM, able to transform local soybean grain in soybean meal.

To succeed in these new challenges, farmers need new and very early genetics (such as ES Comandor 000) to cultivate soybean more North in Europe. They also need high-quality certified seeds to maximize each hectare.

In a Climate Change Context, Soybean is Developing in Northern Europe

EURALIS, the famous French cooperative from South West France, started soybean breeding in 1975 to be less dependent from US proteins after the first oil...
Read more
Corn, Sorghum & Oilseeds

The Protein Plan published on 22 November 2018 by the European Commission goes beyond the issue of self-sufficiency in vegetable proteins, a market still...
Read more
Tweets by EuropeanSeed