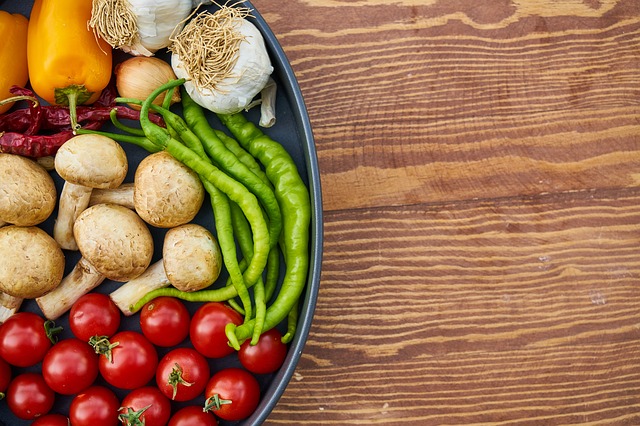 There were piles of all sorts of tomatoes in the produce aisle of the supermarket. But the ones that caught my attention sat neatly wrapped in plastic in groups of four. They weren’t any better looking than the others, but their price was a stunning five dollars and eighty cents! What sort of tomatoes were these to command a king’s ransom? Well, they were “organic.” Why did they warrant the investment? Because as the label declared, “when you purchase organic produce you are taking part in the healing of our land, the purifying of rivers, lakes and streams, and the protection of all forms of life from exposure to chemicals used in conventional farming.” Surely only a callous chemist with a disregard for nature would purchase any other sort of tomato.

There is no doubt that the organic produce market is growing. Some buy organic because they believe such foods are healthier, others do so to help save the environment from those nasty agro-chemicals. These beliefs are certainly worth investigating. But what exactly does “organic” actually mean? Essentially, organic food must be produced without the use of synthetic pesticides, artificial fertilizers, antibiotics or growth promoting hormones. Genetically modified organisms are not allowed, and irradiation cannot be used to control bacteria. Sounds just like farming roughly a hundred years ago. Back then feeding the masses required some 70% of the population to be involved in farming in some way. Yields were low, crop losses to insects, fungi and weeds were high. That’s why farmers welcomed the introduction of scientifically designed fertilizers and pesticides. That’s why today 2% of the population can feed the other 98%.

Such advances have not come without a cost. Pesticides and nitrates from fertilizer enter ground water with potential environmental and health consequences. So, people harken back to the “good old days,” when food was untainted, and people lived in blissful health. Of course, those “good old days” only exist in people’s romanticized imagination. Food-borne diseases were rampant and fresh fruits and vegetables in winter were virtually unheard of. Nutrient deficiency diseases cut a wide swath through the population. Of course, not even the greatest advocates of organic agriculture suggest that we can realistically turn back the clock and provide food for the world’s population using only organic methods. They claim a niche market that caters to people who are conscious of their environment and health.

So, do consumers who buy “organic” avoid pesticides? Hardly. Organic farmers are allowed to use a number of pesticides as long as they come from a natural source. Pyrethrum, an extract of chrysanthemum flowers, has long been used to control insects. The Environmental Protection Agency in the U.S. classifies it as a likely human carcinogen. There you go then, a “carcinogen” used on organic produce! Does it matter? Of course not. Just because huge doses of a chemical, be it natural or synthetic, cause cancer in test animals, does not mean that trace amounts in humans do the same. Furthermore, pyrethrum biodegrades quickly, and residues are trivial. But that is the case for most modern synthetic pesticides as well! And how about rotenone? This compound was discovered in the 1800s in the extracts of the root of the derris plant. Primitive tribes had learned that the ground root spread over water would paralyze fish which then floated to the surface. Rotenone is highly toxic to humans and causes Parkinson’s disease in rats. It has been used by organic farmers to control aphids, thrips, and other insects on fruit. Residues probably pose little risk to humans, but synthetic pesticides with the same sort of toxicological profile have been vilified.

Organic farmers are also free to spray their crops with spores of the Bacillus thuringiensis (Bt) bacterium which release an insecticidal protein. Yet, organic agriculture opposes the use of crops that are genetically modified to produce the same protein. Isn’t it curious that exposing the crop to the whole genome of the bacterium is perceived to be safe, whereas the production of one specific protein is looked at warily? The truth is that the protein is innocuous to humans, whether it comes from spores sprayed on an organic crop or from genetically modified crops. True, organic produce will have lower levels of pesticide residues but the significance of this is highly debatable.

A far bigger concern than pesticide residues is bacterial contamination, especially by potentially lethal E. coli0157: H7. Both organic and conventionally grown produce can harbor this bacterium that originates from the guts of animals. Use of manure as fertilizer can lead to contamination, as can irrigation water that has been in contact with animal feces. Recently there have been a number of recalls of romaine lettuce, as well as cauliflower grown in certain areas of California with suspicion being cast on water used for irrigation as the source of the bacteria. When it comes to bacterial contamination, buying organic does not offer protection. As long as people have an appetite for meat, there will always be a risk of produce being contaminated by fecal bacteria. Composted manure reduces the risk, but anytime manure is used, as of course is common for organic produce, there is concern. All produce should be thoroughly washed, whether conventional or organic, but unfortunately E. coli bacteria cling tenaciously to fruits and vegetables and are hard to dislodge.

Insect damage to crops not protected by pesticides often leads to an invasion by fungi. Some fungi, like fusarium, produce compounds which are highly toxic. There have been withdrawals of organic corn meal in Britain because of unacceptable levels of fumonisin, this natural toxin.

Are organic foods more nutritious? Maybe, marginally. When they are not protected by pesticides, crops produce their own chemical weapons. Some of these, various flavonoids, are antioxidants which may contribute to human health. Organic pears and peaches are richer in these compounds and organic tomatoes have more vitamin C and lycopene. But again, this has little practical relevance. When subjects consumed organic tomato puree every day for three weeks, their plasma levels of lycopene and vitamin C were no different from that seen in subjects consuming conventional puree. Where organic agriculture comes to the fore is in its impact on the environment. Soil quality is better, fewer pollutants are produced and less energy is consumed.  But we simply are not going to feed 7 billion people organically.

Finally, do organic tomatoes taste better? I can’t tell you. Instead of shelling out $5.80 for four tomatoes, I bought a bunch of regular tomatoes, some apples and some oranges for the same total. And I think I got a lot more flavonoids and vitamins for my money.