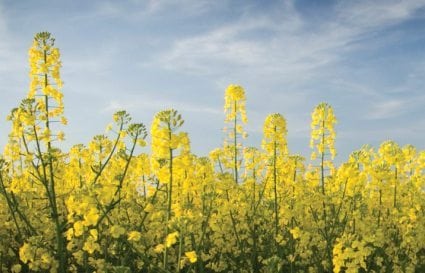 Canola seed exporters report that Chinese importers are unwilling to purchase Canadian canola seed at this time, the Canola Council of Canada says. The news comes just weeks after China announced it had revoked the sales licence for canola supplier Richardson International. China said the move was related to pests and disease detected in the crop, although no evidence was presented showing Canadian canola has phytosanitary issues.

“We’re disappointed that differing viewpoints cannot be resolved quickly,” says Jim Everson, president of the CCC. “Under the circumstances, Canadian canola seed exporters who normally ship to China have no alternative but to supply customers in other countries who value high-quality Canadian canola.”

China has been a major market for Canadian canola, accounting for approximately 40% of all canola seed, oil and meal exports. Canola seed exports to China were worth $2.7 billion in 2018. Demand has been very strong until recent disruptions.

“Canadian ministers and government officials have responded quickly to Chinese concerns, however, technical discussions are unlikely to lead to an immediate resolution,” says Everson. “We urge the Government of Canada to continue to intensify efforts to resolve the situation.”

The Canadian canola industry makes every effort to meet the requirements of customers and their governments around the world, the Canola Council notes. From seed developers, growers, processors and exporters, all segments of the value chain coordinate to ensure consistent and high-quality canola.

“Canadian canola is of the highest quality because of our world-class quality assurance systems,” says Everson. “We have a long-standing history of delivering on quality and reliability. We will continue to provide our customers with high quality canola and promote stable trade based on science.”