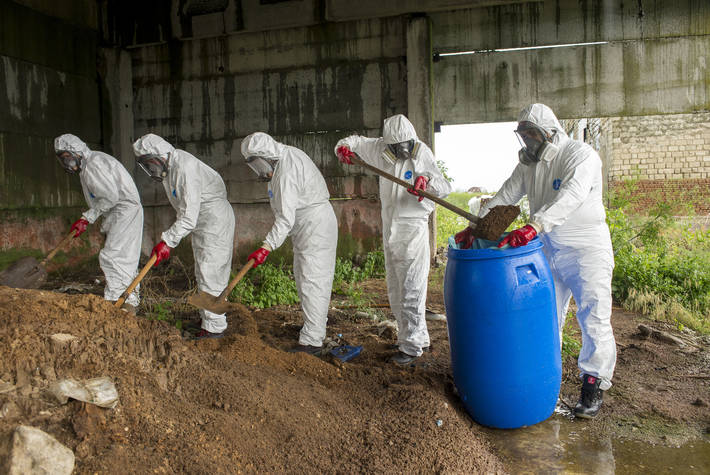 The Food and Agriculture Organization of the United Nations (FAO) signed a Memorandum of Understanding to renew its participation in the UN Rotterdam Convention, an international treaty governing trade in hazardous pesticides.

The agreement, with United Nations Environment (UNEP) and the Conference of the Parties (COP) to the convention, covers what is known as the Prior Informed Consent Procedure for Certain Hazardous Chemicals and Pesticides in International Trade, a protocol first set up 30 years ago that has consolidated its role as a critical tool helping governments obtain information necessary to assess the risk of certain industrial inputs.

Some 161 countries have signed on to the Convention, which was set up by FAO and UNEP and entered into legally-binding force in 2004.

Including the two additional chemicals added earlier this month, some 52 chemicals – 37 of which are pesticides – are now listed on Annex 3 of the Convention, meaning they are subject to trade control measures. Such decisions are taken at meetings of the COP. A new tripartite Memorandum of Understanding lays out the responsibilities of FAO, UNEP and COP, and holds each of them accountable.

A new Annex on compliance procedures and mechanisms was adopted recently by the COP.

The new agreement was signed by FAO Director-General José Graziano da Silva, UNEP Acting Executive Director Joyce Msuya, and, on behalf of the COP, by Osvaldo Álvarez-Pérez of Chile. In the framework of the Rotterdam Convention FAO is responsible for pesticides, which can harm human health and the environment.

While manufacturers promote the concept of the safe use of pesticides, those listed as “highly hazardous” often cannot be used safely given the socio-economic and climate conditions in developing countries.

The Secretariat of the Rotterdam Convention alerts member states to reports of potential risks, which can trigger regulatory actions at a national level and can lead to a product’s placement on Annex 3.

How it relates to FAO’s objectives

Reducing unnecessary or dangerous pesticide use is central to FAO’s strategic objective in promoting sustainable agriculture, a cornerstone of the Sustainable Development Goals.

Reduced use of hazardous chemicals also contributes to the preservation of biodiversity.

The Rotterdam Convention helps to impede exports of unwanted hazardous chemicals to countries that cannot manage them, thus providing an early-warning system empowering parties to help stop problems before they start and pre-empt further risks later in the industrial cycle.

It operates in synergy with the related Basel Convention on the Control of Transboundary Movements of Hazardous Wastes and Their Disposal and the Stockholm Convention on Persistent Organic Pollutants. The COPs for all three treaties were held together in Geneva earlier this month.

Source: The Food and Agriculture Organization of the United Nations