How to Ensure Rapeseed Survives a Tough Winter 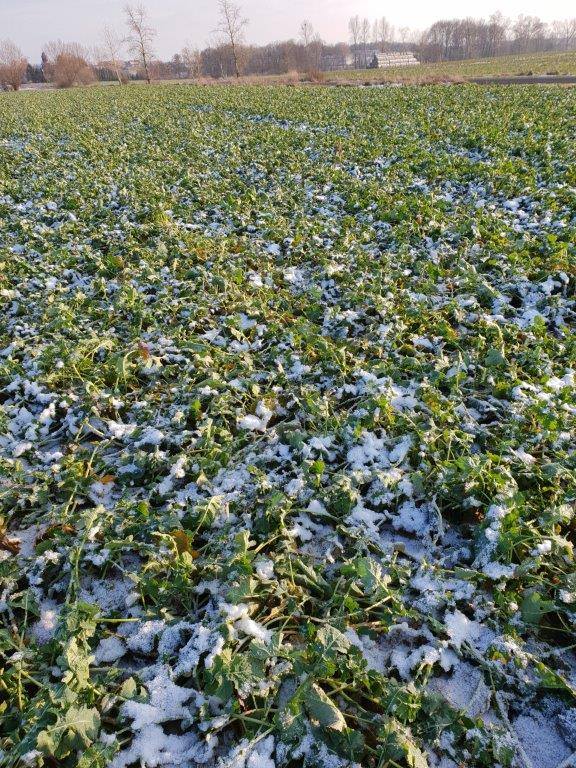 Besides its use as an oil crop, with High Oleic Low Linolenic (HOLL), varieties as latest innovations, the crop is becoming more and more popular as a source of protein, especially in the seedcake. Seeing that Europe is not able to produce enough plant-based protein for its own use, it makes sense to try and expand the areas in Europe where oilseed rape is grown. And here we run into a problem: in the colder and more continental regions in Europe, the crop can suffer quite a bit during harsh winters. This is why we, as a company, have started many years ago with breeding and selection efforts in rape seed, towards increased winterhardiness. Among the many breeding goals, we consider winterhardiness as being one of the most important.

Genetic diversity in this crop is rather limited, as the origin of most varieties dates back to just a handful of varieties that were popular in the past. But even with this rather limited diversity, we are still able to differentiate and develop varieties, which are adapted to the local conditions of various European regions. Due to the highly polygenic nature of winterhardiness, we can only make progress through a step by step approach. In order to advance and speed up our breeding progress, we use biotechnology and other laboratory methods, such as microspore culture, doubled haploids and marker assisted selection. Unfortunately, there is no single marker for winterhardiness.

To better serve farmers all over Europe, we have set up breeding plots in several countries, and additionally also trial stations throughout the region. Having such a geographical diversity, and with the help of our Euralis Profiling System, we can select for a better adaptation of the hybrids to different conditions. And this in turn allows us to make a separation of rapeseed hybrids which are better suited for various regions in Europe including the colder ones. So, in the end we can provide a big benefit to the farmer, offering them top-notch hybrid oilseed rape varieties that boast a high oil content, a good resistance profile and yield stability in all climatic conditions.