CropsDiseaseIITA Joins Call for a Global Surveillance System to Detect and Halt...
CropsDiseasePolicyPhytosanitaryTechnologyResearchsustainability 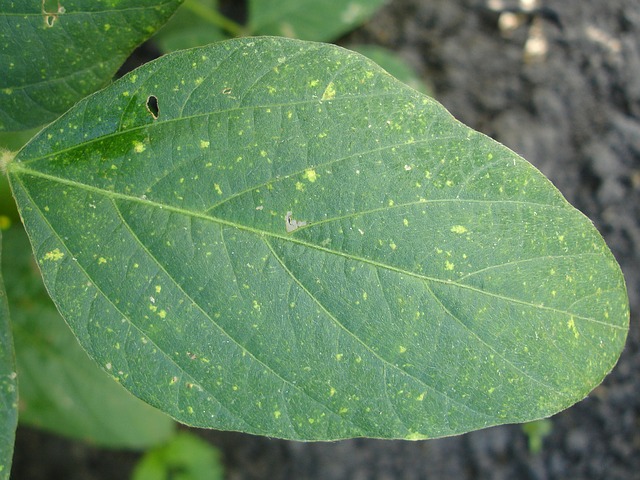 A team of researchers has argued in Science that as nations collaborate to detect and stop human pandemics, a global surveillance system for crop diseases is needed to safeguard agricultural trade and food security.

Since 2004, millions of farmers growing cassava in the Great Lakes region of East and Central Africa have been hit by the devastating pandemic of cassava brown streak disease (CBSD) just as they were recovering from losing their production to another catastrophic viral plague—cassava mosaic disease (CMD). The CBSD pandemic almost set back to zero the concerted efforts by scientists from national and international research programs to develop and distribute improved disease-resistant varieties. Scientists had to go back to the drawing board, and only in the last few years have farmers begun to see light at the end of the ‘cassava tunnel’, as new varieties resistant to both diseases have been identified and disseminated through high-quality seed systems.

But people are their own worst enemy as plant viruses and other pathogens get moved from place to place through casual uncontrolled movements of infected cuttings, stems, and plantlets that are used to establish new crops in new locations. It’s believed that this is how Asian CMD ‘jumped’ tens of thousands of kilometers from India or Sri Lanka in South Asia to Southeast Asia, where a small outbreak in northeastern Cambodia kicked off a brand-new pandemic of CMD. In no time, new reports of CMD were received from Vietnam and Thailand, and within four years it has spread to affect 10% of cassava cultivation in the region, threatening millions of smallholder farmers and exports of cassava starch worth US$4 billion annually.

The cassava examples are just one of many cases of the dangers that pests and diseases pose to global agriculture, and their spread to new areas is currently among the top threats to efforts to increase global agricultural productivity.

To satisfy the growing demand for food, global agricultural production should increase by 70% by 2050, but more than a fifth of the five staple crops that provide half the globe’s caloric intake is lost to pests and diseases each year. Climate change and global trade are the main drivers of the spread, emergence, and reemergence of crop pests and diseases, and containment action is often inefficient, especially in low-income countries (LICs).

A global system to prevent pest and disease spread

To counter these threats, a team of international scientists are calling for the creation of a Global Surveillance System (GSS) to improve and interconnect crop biosecurity systems and enhance global food security. In a paper published in the June 28 edition of Science, the team propose that the system prioritize six major food crops—maize, potato, cassava, rice, beans, and wheat—as well as other important food and cash crops that are traded across borders. The position paper sets out why such a system is needed, what the key components of the system would be, and how it could be set up.

The GSS proposal is the result of a scientific meeting convened by CIAT in 2018 at the Rockefeller Foundation’s Bellagio Center in Italy. James Legg, a Principal Scientist and plant virologist at IITA who has worked for more than 25 years on cassava diseases, is among the team of international scientists behind these efforts.

“We have seen the destructive impacts that cassava disease epidemics have on the food and income security of farmers in East and Central Africa and the time and effort required to control these diseases. IITA has been working with governments and other partners in the region for over 20 years to bring these diseases under control.

Great progress is now being achieved but experience has shown that we can control pest/disease outbreaks much more effectively by responding with greater speed and coordination. Establishing a robust surveillance system is one of the most effective ways to prevent pests and diseases spreading to new areas, thereby protecting our food supply,” says Legg.

Although many national and regional plant protection organizations (NPPOs and RPPOs) work to monitor and contain crop disease outbreaks, many countries, particularly LICs, do not efficiently exchange information, leading to delays in coordinated responses that are required to prevent disease establishment and spread.

Mónica Carvajal, a researcher at the International Center for Tropical Agriculture (CIAT) and lead author says that a GSS would help expedite action for future outbreaks. “The question I asked was why does it take so long to respond to crop diseases in some cases?” said Carvajal. “What is the limitation to responding faster from the outset?”

What would GSS do?

The GSS proposes to focus on tightening networks of “active surveillance” and “passive surveillance” personnel who are on the front lines of disease outbreaks. Active surveillance consists of labs at agriculture inspection stations, and customs and phytosanitary inspectors at borders and ports of entry.

The GSS would tap into cutting-edge technology for rapid disease diagnostics and take advantage of communication networks, including social media, to rapidly share information.

The proposed GSS aims to bring together the more than 180 member nations of the International Plant Protection Convention (IPPC), with a focus on countries that have high risk relative to ability to respond.

The proposed GSS framework is especially important as 2020 has been designated as the International Year of Plant Health by the United Nations.