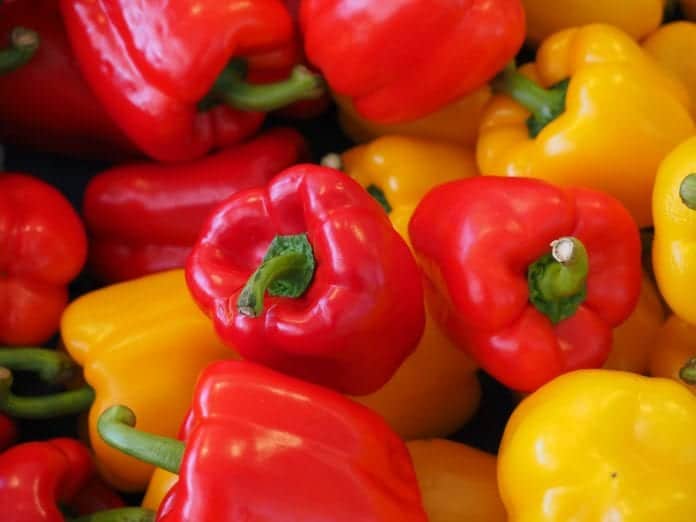 Working in a partnership with leading vegetable breeding companies, scientists from KeyGene have discovered sweet pepper plants which show a new type of insensitivity to a group of harmful pathogens: geminiviruses. The new find is also described as a “loss of susceptibility.” This type of insensitivity to virus infections is expected to last longer than the commonly used ‘resistance’ approach. The scientists presented their findings at an international scientific conference in Glasgow on July 14. KeyGene aims to use this breakthrough to contribute to the sustainable cultivation of crops such as sweet and hot pepper, cotton and cassava, which currently require regular spraying against whitefly, the main disseminator of geminiviruses.

In addition to causing a loss of yield in various crops worldwide, geminiviruses are a key factor in the so-called “zero-tolerance” chemical approach to the whitefly. This insect can disseminate the virus so efficiently that only a small number can engender massive virus damage.

To breed crops that are sensitive to geminiviruses (such as sweet and hot pepper, cotton and cassava) in a more sustainable way and achieve good yield stability, crops with a resistance to the virus offer a smart and effective solution. However, very few varieties with resistance against geminiviruses have been available to date and no resistance against the virus is available for breeding in crops such as sweet pepper.

A characteristic of resistant plants is their ability to defend themselves against viruses by recognizing them. The genetic material of viruses can change easily, however, which may mean that the plant can no longer recognise the virus, and the resistance stops working. While the traditional approach to tackling this problem involves introducing a new resistance by breeding with for instance wild relatives of a crop plant, such breeding programs take many years.

In cooperation with four leading vegetable breeding companies, Rijk Zwaan, Enza, Limagrain Vegetable Seeds and Takii, KeyGene scientists chose a strategy that is very similar to resistance yet still completely different: breeding crops that have lost their susceptibility and, in doing so, become insensitive to the virus.

These non-susceptible plants do not need to defend themselves at all: the viruses cannot get to them as the plant no longer produces a particular protein required for infection by the virus. It is expected that this “loss of susceptibility” approach will last longer than “resistance” as it is much harder for viruses to adapt to something that is not there than to something that is.

The KeyGene scientists are the first to successfully breed sweet pepper plants that have lost their susceptibility to geminiviruses. They achieved this by studying sweet pepper plants with changes in a gene required for virus infections. This led them to discover plants that were no longer susceptible to geminiviruses due to a minor change to the so-called DTP gene. The scientists also obtained definitive proof of an actual loss of susceptibility by making the non-susceptible plants susceptible again by placing the intact DTP gene back into ’non-susceptible’ plants during the research process.

The scientists also managed to make plants susceptible again with intact DTP genes from cassava and cotton, demonstrating that the “loss of susceptibility” approach may also be successful for other crops.

The breeding companies involved have already started using the successful findings in their own sweet & hot pepper breeding programs. “Our companies foresee that this new approach may help in finding a powerful solution to the threat of geminiviruses,” comments Arnaud Messager, scientific director at Limagrain Vegetable Seeds.

With the development of the “loss of susceptibility” approach, KeyGene will contribute to reduced use of chemical products to combat whitefly as well as more stable and higher yields of crops like sweet and hot pepper, cassava and cotton.