Aspects on Essentially Derived Varieties in the EU 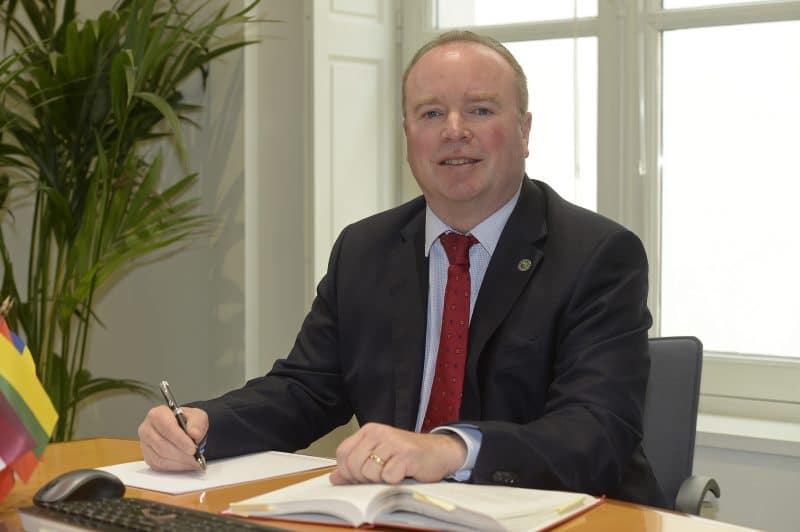 The European Union plant variety protection system (EU PVP) is based on the UPOV 1991 Convention. The concept of essentially derived varieties (EDV) is found in Art 13 of Council Regulation 2100/94 (the EU PVP Regulation). The text of Article 13 is similar but not identical to Art 14 of the UPOV 1991 Act.

I will come back to this.

The CPVO is the EU Agency tasked by the legislator to implement the EU PVP system. The agency processes applications and takes decisions to grant titles valid throughout the 28 EU Member States. However, the CPVO is not mandated to take decisions on whether a variety is an EDV or not. One reason for this is that it is not considered appropriate that an administrative body who grants titles also settles disputes between parties on the scope of a right. Another reason is that PVPs are considered as part of the civil law system, although certain infringements are subject to criminal law, and it is in the first hand up to a holder to defend his intellectual property should it not be respected. This means that if parties cannot agree on whether a variety is an EDV or not, the holder of the initial variety may ask a court to rule on the matter.

In the EU, the holder of the initial variety (IV) and the breeder of the EDV tend in practice to find a business solution on the marketing of the EDV. However, this is not always the case. One reason for this is that the rules on how to define an EDV leaves room for interpretation. In the EU there are very few court cases on EDVs which means that jurisprudence addressing this question has not developed. In the absence of other more binding legal authorities, it is quite probable that the UPOV Explanatory Note (EXN) on EDV will be studied and referred to by judges although the Explanatory Notes are not binding law. For these reasons it is important for the industry and society as a whole that the information in the UPOV Explanatory Note on EDVs give as clear guidelines as possible. The fact that the EU system relies in the first instance on the business to settle their disputes and as the last resort on courts, it may be important to discuss at UPOV level that this model is reflected as an example in the UPOV EXN on EDVs, which is presently not the case.

The CPVO is not mandated to take decisions if a variety is an EDV or not. It would not be appropriate that an administrative body who grants titles would also settle disputes between parties on the scope of a right.

However, in the EU PVP system EDVs can be registered by the CPVO. In a nutshell, the holder of an initial variety and the breeder of an EDV can make a declaration to the effect that the EDV in question is in fact an EDV. Such a declaration can be entered into the CPVO register which is public. It should be noted that the CPVO does not make an assessment as to whether the technical criteria to establish the EDV are fulfilled. The CPVO can also register a variety as an EDV in the register if a court has established that the variety is an EDV. It is considered that registering an EDV under the described circumstances contributes to transparency.

An EDV must be distinct, predominantly derived from and remain essentially conform to the IV. The exercise aims at a delicate balance, which may even seem to be a conundrum: the derived variety, all while being clearly distinct, must reproduce the essential genotype-based characteristics of the initial one, other than the differences created by derivation.

The issue of distinctness will not be addressed in this paper since the tools, to establish that condition, are less controversial in the UPOV world. As regards the question if a variety is predominantly derived from the IV, industry has for certain species agreed on thresholds as regards genetic similarity. If the threshold is reached, the burden of proof to demonstrate that the variety is not an EDV is passed on to the breeder of the alleged EDV. This methodology seems pragmatic and has been applied amongst breeders successfully. However, both the methodology and the quantitative benchmarks for the measurement of genetic similarity must be crop-specific. A one-size-fits-all solution is not effective. Furthermore, it seems appropriate that the quantitative benchmarks should be updated and reviewed regularly, in order to adapt them both to new assessment methodologies and breeding developments in the crops themselves. Even if the method may not be suitable in all cases it should remain as an important example of a way to solve disputes.

Certain methods of breeding will in my opinion always lead to the conclusion that the new variety is “predominantly derived” from the IV, such as mutants, GMOs, CRISPR. In fact, mutants are already mentioned in the UPOV Convention and the EXN as example of a breeding technique that may lead to an EDV. However, in addition to being predominantly derived, the condition of conformity must be fulfilled in order for the variety to be considered an EDV.

In regard to the degree of conformity required between the IV and the EDV, opinions differ. In the UPOV Convention reference is made to conformity to “essential characters”. The EU PVP Regulation refers to the fact that the EDV must conform essentially to the IV in the expression of the characteristics that results from the genotype or combination of genotypes of the IV, except for the differences which result from the act of derivation.

There are no preparatory works to the EU legislation as to why the difference in the EU PVP Regulation was introduced. I do not think it is too bold to assume that the EU legislator wanted to avoid introducing the notion of “essential characteristics” since many would then argue that a definition of which characteristics are essential or not would be needed in the EU PVP Regulation. To define specific “essential characteristics” would add another layer of complexity to an already complex matter. This could have been the reason why a more general wording was introduced. However, the mere fact of using a different wording in the EU PVP Regulation than in the UPOV Convention without explaining why has added to the element of uncertainty. Continuing to speculate, I do however not believe that the idea of the EU legislator was to deviate from the UPOV Convention on the substance.

EDV: to define specific “essential characteristics” would add another layer of complexity to an already complex matter.

Emphasis should in my opinion be made to the fact that the EDV should conform essentially to the initial variety. This is clear under EU law as well as under the UPOV Convention. To draw a line on how many differences and how important such differences are for the EDV to remain sufficiently conform to the IV, would be quite a challenge. This may vary depending on factors such as the characteristic in question, the breeding method used and the species in question.

One needs to bear in mind that the reason for introducing the EDV concept was to address issues of plagiarism and for that reason increase the scope of the breeders right, albeit to a reasonable extent. There seems to be no convincing arguments to support that the interpretation should be very narrow. Applying the wording of the UPOV Convention and the wording of the EU Regulation should lead to the same results if a coherent interpretation of both instruments is made, hence the importance of the EXN. The level of conformity and the differences that can be accepted will be one of the core issues to be discussed at the UPOV seminar on EDVs in October 2019 and I am looking forward to participating in that discussion.

Editor’s Note: Martin Ekvad is President of the Community Plant Variety Office (CPVO). The opinions expressed in this paper are purely personal of the author and does not represent the position of the EU or any of its institutions, member states or agencies