An Inside Look from the EU Parliament 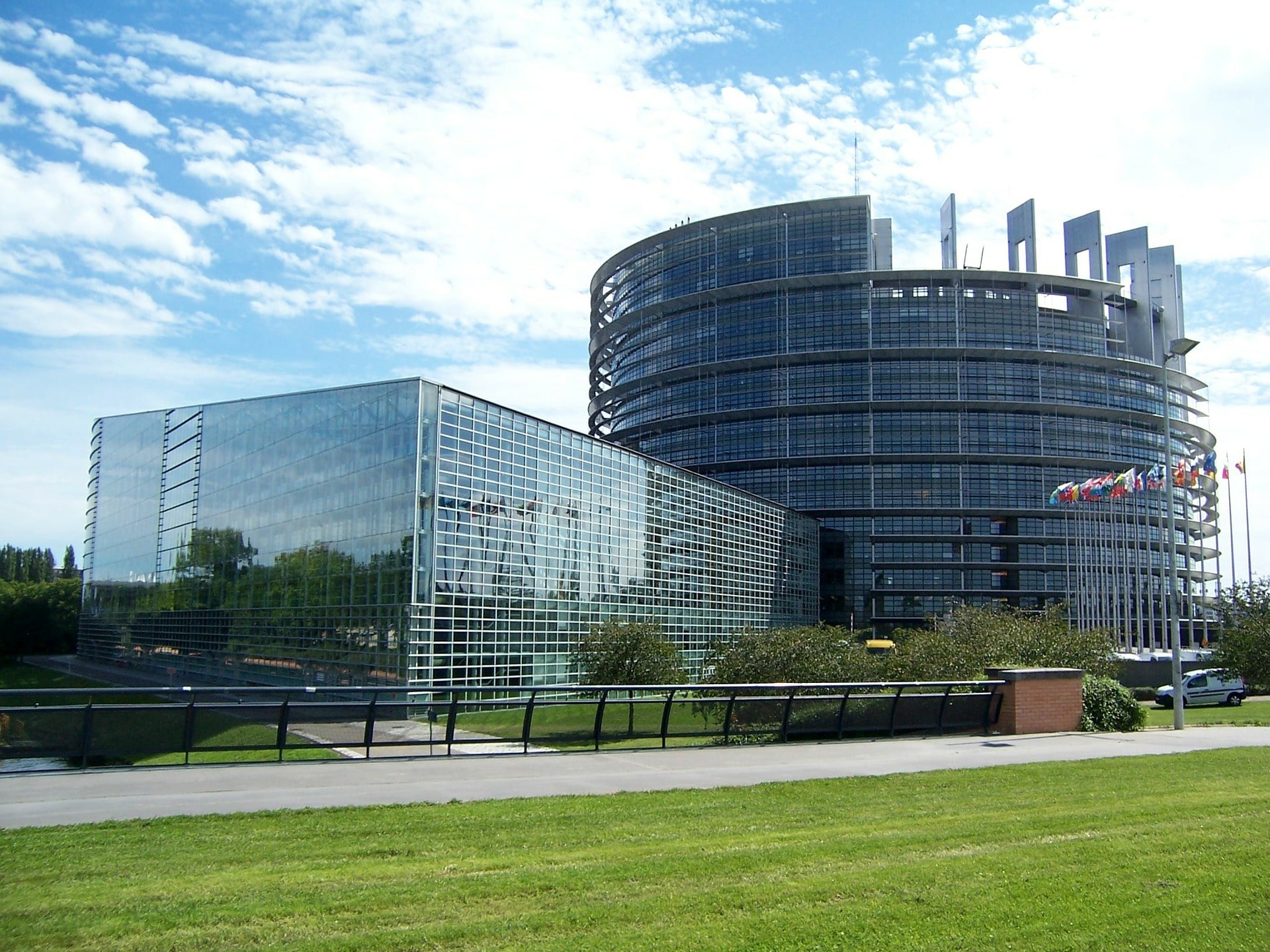 Politics and food are very intertwined these days, and every region of the world is grappling with many issues, from trade wars to regulation of crop protection products and new breeding techniques (NBTs) to drought and other effects of climate change. With the most recent round of elections in the EU over with, we are checking in with the political groups to discern how the plant breeding and seed sector is valued. In addition, we’ve inquired as to whether the existing regulations governing NBTs such as gene editing and tools such crop protection products should be changed, and if so, how. The following EU political groups responded to our inquiries: European Conservatives and Reformists (ECR); European People’s Party (EPP);European United Left / Nordic Green Left (GUE/NGL); Progressive Alliance of Socialists and Democrats (S&D); Renew Europe (RE).

What is your take on the plant breeding and seed sector in Europe?

Annie Schreijer-Pierik (EPP) believes plant breeding and innovative seed production are of “pivotal interest” to European food security, especially in the face of climate change, world population growth, causes of migration and the depletion of valuable resources like phosphate and water in the near future in some parts of the world.

Anja Hazekamp (GUE/NGL) also believes the seed sector is key to EU food security, especially in the light of climate change, at the same time the interests of biodiversity, farmers and consumers must be protected over those of big agro-multinationals. She supports a strong, innovative European breeding sector that operates from an agro-ecological perspective. “This means we need to invest more in breeding organic seeds and varieties,” she says. “We should protect the breeders’ exemption and stop the patenting of life and its essential processes entirely.”

In the view of Paolo de Castro (S&D), dealing with food security, climate change and feeding a growing world population sustainably requires collaboration and innovation among farmers, breeders and researchers. Clara Aguilera (S&D) focuses on the idea that seeds are at the beginning of food production process and can provide benefits in the many different phases of the value chain. “For example, we think of a variety that is more productive and has resistance to diseases,” she says. “However, crop breeding can also improve trade, expand the calendar of availability of a product, transportation, the improvement of fresh transport capacity or even processing, with raw materials that adapt to that subsequent phase. In short, it is essential to have high-quality seeds that are, in themselves, high value-added products.”

For UlrikeMüller (RE), it’s important to support the seed sector so that there are a

multitude of seeds in Europe, including old varieties. Small breeders are critical in her view.

Mazaly Aguilar (ECR) is concerned that despite its importance, the plant-breeding sector in Europe is generally quite unknown. “Our farmers rely on quality seeds, but citizens are not aware of what breeders provide to society,” she says. “The seed sector is at the basis of sustainable growth, and the number of new varieties produced every year (around 3500) shows that its contribution cannot be neglected. I fear that sometimes legislation does not contribute to disseminate the benefits of agri-innovation.” Hermann Tertsch (MEP-ECR) views the seed sector as a great example of how innovation brings forth clear benefits to both farmers and consumers. Its evolution, from cross selection to gene editing is, “evidence of a lively and dynamic sector,” he says, “ready to contribute to Sustainable Development Goals.”

How do you view the new breeding techniques (NBTs) such as gene-editing? Should these be regulated?

It’s no surprise that Hazekamp (GUE/NGL) believes new ways of genetically modifying plants and animals should be strictly regulated, as the Court of Justice of the European Union (CJEU) has ruled. “These new GMO techniques are not the way to ensure food security,” she states. “We should invest in organic and agro-ecological farming instead.” She also believes clear labelling of all products and processes is needed to protect the rights of consumers and farmers.

to table new legislation that will clarify why organisms obtained through gene editing are not to be subject to the GMO Directive. Tertsch describes the CJEU ruling an obvious consequence of outdated regulation unable to reflect technological progress. He thinks that whilst a clarification amendment of the GMO directive “will be a complex and long procedure, this is better than the damaging status quo.” Aguilar believes the CJEU ruling might have a “dramatic impact” on the EU farming sector, and that “we should acknowledge that this is the consequence of the Commission’s lack of action to clarify the interpretation of the legislation.” Aguilar would like the EU legal framework to be harmonized to protect both conventional and modern breeding, and points out that in its delay to accommodate gene editing in its legal framework, the EU is behind fact-acting competitors such as Brazil, Argentina, Canada and Australia.

Müller (RE) also believes action must be taken to deal with the ruling, “otherwise these innovative techniques will be used to the benefit of other regions in the world.”

Schreijer-Pierik (EPP) is in favour of NBTs involving mutagenesis to be exempted from the GMO Directive, to enable solutions to be found for the challenges of the future such as worldwide food security. “We cannot do without NBTs,” she says.

S&D’s de Castro and Aguilera are also in favour of a new legislative framework for NBTs, and de Castro says this is one of the S&D’s main priorities for the new parliamentary term. Aguilera explains that “by extending the prohibitive compliance requirements of the GMO Directive to non-transgenic plants, it effectively cuts the EU off from the scientific consensus and political developments worldwide. This puts breeders, farmers, processors, traders and consumers at a competitive disadvantage to regions with suitable, differentiated regulations.”

biodiversity at the same time sustainable intensification of food production moves ahead. “However, it is fundamental to specify that these NBTs have nothing to do with the so-called ‘Frankenstein foods’ as they simply replicate natural evolution processes, and hence cannot be managed in the same way as traditional GMOs,” he says. De Castro adds these innovations that change the agronomic and qualitative characteristics of plants allow us “to decrease the use of chemical and nutritional inputs and to reduce the environmental footprint of agriculture.”

Some people feel farmers in Europe are losing various tools that are needed to produce enough food (for example, bans on more plant protection products). What is your take on this viewpoint?

Schreijer-Pierik (EPP) agrees that because EU approval of various active ingredients are increasingly not being renewed, farmers are facing difficulties. She believes plant protection products are essential to food security and competitiveness of European agriculture. “The current situation and formulation of European legislation impedes biological low-risk alternative pesticides and also hampers innovation in conventional pesticide development,” she explains. “This could never have been the intention of the precautionary principle. Risks can be mitigated in other ways than by forbidding active substances.”

For Müller (RE), plant protection products must obviously be banned if they are proven to

be dangerous for health, but at the same time, she supports farmers having tools in order to guarantee high-quality food produced by European family farms at acceptable prices.

The ECR position is that public education and research findings should lead the way in risk reduction in the access that EU farmers have to crop protection products, as well as breeding innovations and biotechnology. “A heavily politicised decision-making process is not supporting our best science,” says Tertsch (MEP-ECR). “Green parties would be glad to see Europe as a museum of agriculture, but we need to defend the role of our farmers in providing food security. If industries do not make additional efforts to communicate, misinformation and fearmongering will finally drive this debate, and farmers will be deprived from key tools widely used around the world.”

compete in export markets but a severe reduction of crop protection products and blocking NBTs will not help to consolidate its export position. “It is unfair to ask farmers,” she says, “to do more with less budget and fewer tools.”

The issues over authorization or renewal of active substances puts farmers in a very difficult situation, according to Aguilera (S&D), but points out that the power of plant breeding should not be ignored. “The crop breeding and the seed sector can play an important role in obtaining varieties resistant to certain pests,” she says, “and that make the use of phytosanitary products unnecessary.” De Castro believes innovation and agriculture must go hand-in-hand if Europe wants to enable its farmers to produce enough food in a more sustainable way.

However, Hazekamp (GUE/NGL) is firm in the view that chemical dependency is not the way forward for food production. “Making smart use of nature, with natural solutions for pest management, is the future,” she says. “There are still many pesticides allowed for use in the EU which threaten the health of the environment, the consumers, residents in agricultural areas and not in the least, farmers themselves. These urgently need to be banned. At the same time, we should also protect our farmers by demanding the same production conditions for the food that we import from outside of the EU.” 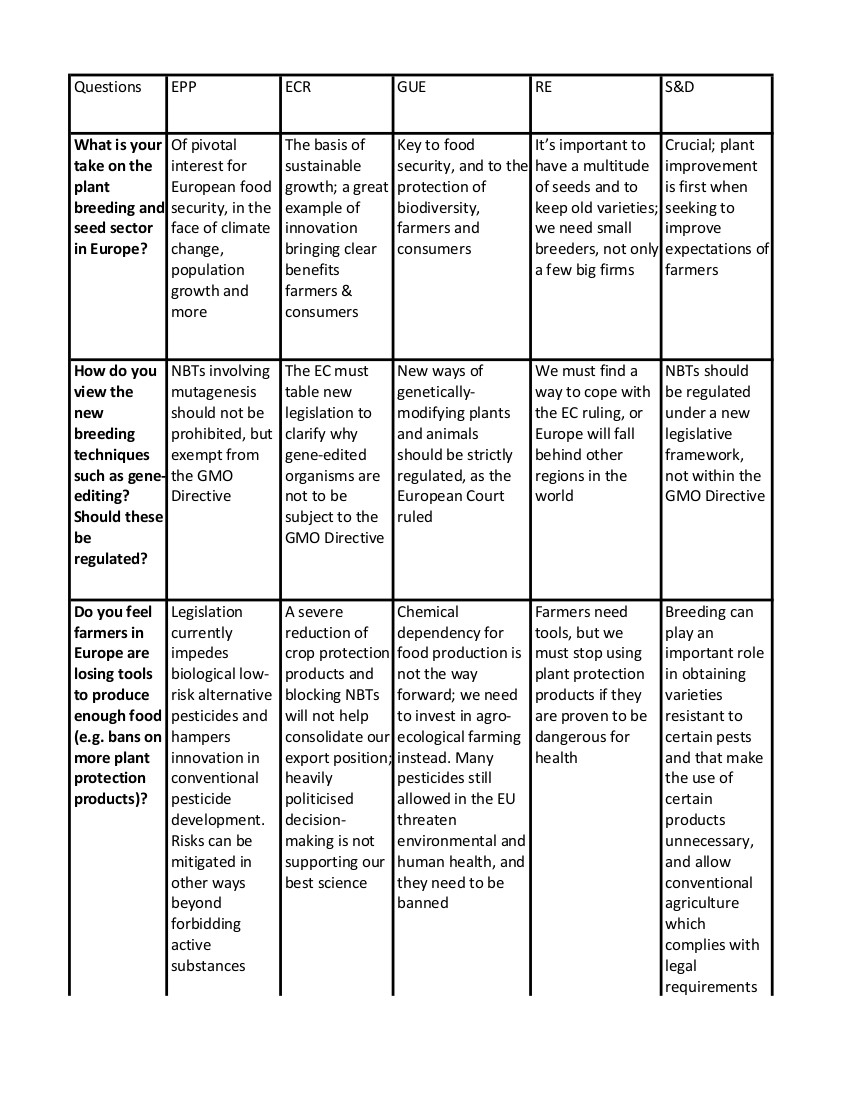 Heat and Drought Watch Out: One-of-a-Kind Network Launched in Berlin

Wheat crop losses due to heat and drought affect food availability and increase the costs for billions of consumers around the world. The Alliance...
Read more
Research

An international team led by the Plant Phenotyping and Imaging Research Centre (P2IRC) at the University of Saskatchewan (USask) and researchers at Agriculture and Agri-Food...
Read more

High-precision planting technologies may allow breeders to do things that today are considered science fiction. If one thing is for certain in agriculture, it’s that...
Read more
Business

A myriad of benefits for the U.S. seed industry will be realized from signing the U.S.-Mexico-Canada Agreement. January 2020 marked a considerable milestone for the...
Read more
Plant Breeding

The Road to Svalbard

The Cherokee Nation made an unprecedented decision this fall: to deposit seeds into the Svalbard Global Seed Vault. It was late 2005 when the world...
Read more
Tweets by EuropeanSeed