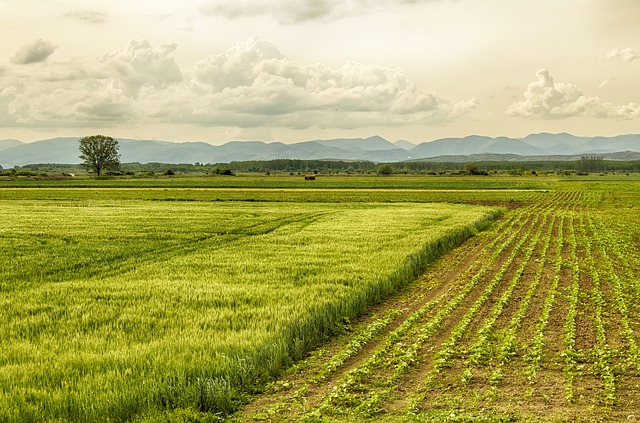 Seized by associations and unions, the Council of State judges that the organisms obtained by certain mutagenesis techniques must be subject to the regulations relating to genetically modified organisms (GMOs). In particular, it enjoins the Government to modify the environmental code in this sense, to identify within the catalog of varieties of agricultural plants those which have been obtained by mutagenesis and which should have been subjected to the evaluations applicable to GMOs and better assess the risks associated with varieties of plants made tolerant to herbicides (VRTH).

Seized by associations and unions, the Council of State judges that the organisms obtained by certain mutagenesis techniques must be subject to the regulations relating to genetically modified organisms (GMOs). In particular, it enjoins the Government to modify the environmental code in this sense, to identify within the catalog of varieties of agricultural plants those which have been obtained by mutagenesis and which should have been subjected to the evaluations applicable to GMOs and better assess the risks associated with varieties of plants made tolerant to herbicides (VRTH).

Under a European directive of 12 March 2001 1 , GMOs are subject to risk assessment and authorization procedures prior to any placing on the market or release into the environment and to information obligations on the public, labeling and tracking.

The most recent mutagenesis techniques must be subject to GMO regulations

Drawing on the consequences of a judgment of the Court of Justice of the European Union (CJEU) 3 , the Council of State judges that the organisms obtained by means of mutagenesis techniques which have appeared or have mainly developed since the adoption of the 2001 directive must be subject to the obligations imposed on GMOs by this directive. He specifies that this is the case not only for site-directed mutagenesis but also for random mutagenesis in vitro, used in particular to make plants like sunflower or rapeseed tolerant to herbicides.On the other hand, varieties obtained using older techniques, whose safety has been proven for a long time, are not subject to these obligations.

The Council of State gives the Government six months to amend article D. 531-2 of the environmental code to this effect, which transposes the European directive.

The Government will also have to identify, within nine months, the varieties of agricultural plants obtained by mutagenesis which have been registered in the official catalog of cultivated plants without having been subject to the risk assessment procedure applicable to GMOs, then that they should have been subjected to it because of the technique used to obtain them. This may lead in practice to withdraw the varieties concerned from the catalog and to suspend their cultivation.

Application of the precautionary principle to VRTHs

The Council of State also considered that under the precautionary principle, the Prime Minister could not refuse to take preventive measures for the use of varieties of plants made tolerant to herbicides. Indeed, the various expertises, and in particular the report rendered by the National Agency for Food, Environmental and Occupational Health Security (ANSES) on November 26, 2019, identified risk factors corresponding to the development of weeds tolerant to herbicides and to the consequent increase in the use of herbicides, even if these risks are only incompletely assessed due to gaps in the data available.

In order to prevent these risks, the Council of State requests the Government to take, within six months, the measures necessary for the implementation of the recommendations formulated by ANSES in 2019, in relation to the assessment of related risks to VRTHs, or to take any other equivalent measure making it possible to respond to the agency’s observations on the gaps in the data currently available.

Finally, the Council of State enjoins the Government to seek authorization from the European Commission to prescribe appropriate culture conditions for VRTHs resulting from mutagenesis used in France, so that operators implement practices intended to limit the emergence of herbicide resistance.

Mutagenesis refers to a set of techniques intended to obtain genetic mutations in a living organism.
Unlike transgenesis, which inserts a gene from another species into the genome of an organism, mutagenesis consists of causing internal mutations in the organism.

We distinguish :
– random mutagenesis, which aims to increase the frequency of spontaneous genetic mutations in living organisms;
– directed mutagenesis (or genome editing technique), which corresponds to the introduction into the cells of the plant of foreign genetic material to cause the desired mutation without this material remaining, ultimately, in the ‘organization.

Tolerance to herbicides is one of the characteristics that can be obtained through mutagenesis.
———————————–