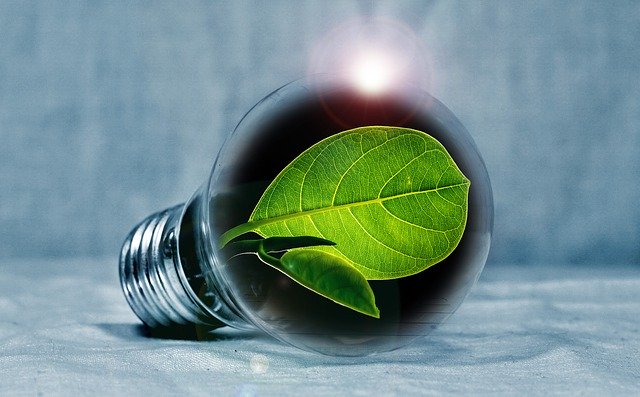 Since 1996, EuropaBio has been representing the interests of the biotechnology industry at European level, with 81 corporate and associate members and bio regions, and 15 national biotechnology associations, which represent over 1,800 biotech SMEs at a Member State level. That is no small business. The organization is active in the three main segments of Biotechnology: Healthcare (Red Biotech), Industrial (White Biotech) and Agri-Food (Green Biotech). But as we all know, biotechnology, especially in the agri-food sector, has not benefited from a favourable regulatory environment lately. That is why European Seed sat down with Joanna Dupont-Inglis, Secretary General of EuropaBio to get her take on the European Green Deal.

When speaking about her organization’s main priorities, Dupont-Inglis underlines that they are calling upon EU decision makers to reset the ambition for a healthier, more resource efficient, and technologically driven Europe, which puts biotechnology and life sciences at the heart of progress. “It is outlined in our 2019 manifesto. Biotechnology is already a transformative EU asset. It significantly addresses unmet medical needs, enables smarter, more efficient use of natural resources, reduces greenhouse gas emissions and improves the quantity and quality of food and feed.” She emphasizes that huge potential remains untapped for delivering new and innovative solutions to the United Nations Sustainable Development Goals for 2030, as well as the EU’s new Green Deal.

According to the Secretary General, the EU biotech community is already fully engaged in work to face these global and European challenges. “But with the right political support and regulatory framework, we could play an even greater role. For this, we need to foster an ecosystem which encourages innovation, builds trust, protects IP, attracts and unlocks investment and develops a coherent EU life sciences and biotechnology strategy.” EuropaBio calls on the EU’s new political leadership to be bold and decisive in its decision making, fostering innovative biotechnology to benefit people and planet.

“2019 was a challenging, but also an exciting year for our sector. With new incoming EU institutions and the recent European elections, we are ready to share the good news that biotechnology can contribute profoundly to European objectives for the benefit of European citizens and our environment,” says Dupont-Inglis.

THE DISCONNECT ON SUSTAINABILITY

When asked whether the general audience is sufficiently aware about what sustainability really is about, she shares that, fortunately, concern about sustainability, climate change and the preservation of biodiversity is on the increase. Nevertheless, finding solutions can be complex with numerous variables to take into consideration, so it’s inevitable that at times there will be a real disconnect between the perception versus the reality of sustainability. “All too often, biotechnology (and even industry more broadly) is criticized in the area of agriculture, overlooking the huge advances and benefits that have been achieved in terms of improved nutrition, food security and resource efficiency of production. To develop sustainably for the future, we need to ensure societal, environmental and economic benefits, and biotechnology will continue to play a huge role in delivering these.”

THE SOCIALLY RESPONSIBLE USE OF BIOTECHNOLOGY

She underscores that her organization is fully committed to the socially responsible use of biotechnology to improve quality of life, to prevent, diagnose, treat and cure diseases, to improve the quality and quantity of food and feedstuffs and to move towards a biobased and zero-waste economy.

“In this sense, sustainability is already in our DNA. From new drugs that can address unmet medical needs and fight epidemics and rare diseases, to industrial processes that reduce emissions and resource consumption whilst using renewable feedstocks instead of crude oil, to drought-resistant crops that allow farmers around the world to feed more people under ever-harsher climatic conditions, promoting and investing in biotech pays economic, social and environmental dividends. As the recognized voice of the European biotech community, we want to help communicate the benefits of biotechnology to EU decision makers who are looking for innovative, sustainable solutions to our greatest challenges.” She indicates that there are very few other technologies that encompass so much potential to enhance the quality of life and environmental protection, whilst still being beneficial for the economy. “But fulfilling the potential of biotechnology requires the support of EU decision makers.”

GMOS GOOD FOR THE ENVIRONMENT?

GMOs have been commercialized for 25 years now. “This means that we have over two and a half decades of experience showing that GMOs provide a number of environmental benefits. By allowing farmers to grow more food and fibre with fewer resources, GMOs improve the efficiency of production and help to save water, land, and energy.”

This also contributes substantially to preserving biodiversity and helping to mitigate against climate change. Although GMOs are grown primarily outside of Europe, the environmental benefits of the very limited GMO cultivation on this continent have also been well documented. Over the past two decades, GM maize in Spain has increased maize yields, making Spain less reliant on imports. “Unfortunately, Romania no longer benefits from the high yields of GM soya it experienced prior to joining the EU since cultivation was banned following accession. As a result, most GM soya, on which the EU is highly dependent for animal feed, has since been imported largely from North and South America.”

The vast majority of the 17 million farmers who grow GM crops around the world are actually smallholder farmers in developing countries. GMOs have helped such farmers to increase their yields by over 20%. Compared to farmers growing conventional crops, farmers using GM crops also require fewer pesticide applications and experience higher profits, by over 65%. “GMOs have also greatly increased both farm and environmental safety, significantly reducing suicide rates and pesticide poisoning on smallholder farms in the developing world,” says Dupont-Inglis.

A PERFECT FIT FOR THE EU GREEN DEAL

“When we look at the overall EU objectives in the Green Deal and the Farm to Fork Strategy, to substantially reduce CO2 emissions, safeguard biodiversity, and reduce dependence on chemical pesticides, GMOs are already contributing substantially.” GMOs have already led to a reduction in agricultural chemical use by over one third, and even more so when it comes to insect-resistant GM crops. Furthermore, the increased yields per hectare associated with GMOs safeguard surrounding lands. An ISAAA report published last year also showed that between 1996 and 2016 biotech crops saved over 180 million hectares of land (22.5 million hectares in 2016 alone). “In doing so, GMOs are both conserving biodiversity and reducing carbon emissions estimated to have amounted to over 27 million tonnes in 2016 alone (equivalent to taking 16.7 million cars off the road for one year). Undoubtedly GMOs could make a far greater contribution if a proportionate and science-based policy framework would allow it,” she adds.

Many organizations feel it is high time for a more rational EU narrative on biotechnology, especially in the agricultural arena. “But to do this we need to recognize the benefits of GMOs and genome edited crops, and to at the very least distinguish between transgenic and non-transgenic crops,” says Dupont-Inglis. The July 2018 Court of Justice of the EU ruling on mutagenesis has only further divided stakeholders by relegating all products derived from new methods of mutagenesis breeding, including genome edited crops, as GMOs.

“In this respect we welcome Council Decision (EU) 2019/1904 which requested the Commission to submit a study on the status of novel genomic techniques. But even more importantly we hope that it will now quickly lead to a workable Commission proposal that will deliver more practical and science-based rules. Such a proposal should be proportionate about crops developed using genome editing, which do not contain ‘foreign’ or ‘inserted’ genetic material. These should not be classified or regulated as if they were transgenic.”

That said, transformative change will require more than a Commission proposal, in her view. It will take more responsibility and leadership at all levels. “The fact is that both the EU Parliament and several EU Member States have been partially implicated in accepting the disinformation campaigns of a few anti-GMO activists by objecting to or abstaining from votes on GMO approvals, despite positive EFSA opinions and proven economic benefits. I hope that a new generation of EU decision makers will now follow the science, not just on climate change and vaccinations, but also on GMOs, and take responsibility for capturing the full potential of biotechnology for the benefit of people and planet,” she adds.

Farmers have fewer tools in their toolbox to fight pests and diseases. In the EU, the cost of authorizing a new transgenic plant is prohibitive, reaching between €11m – €16.7m and taking around six years on average for a mere import authorisation, both up by over 50 per cent compared to a decade ago. This predicament exists despite 25 years of safe use of GM crops and thousands of individual EU and other government approvals confirming their safety. She underlines that with such massive investments of time, money and expertise necessary for attaining authorisation, small and medium sized enterprises (SMEs) have been all but excluded from investing in GM crop authorisations in Europe, and even large multinational corporations have practically given up on GM cultivation in Europe. “The impacts have been devastating, for example in the UK, where it has been shown that the EU’s GMO regulations cost the UK agricultural sector between €428m and €534m in farm income benefits between 1996-2006, with an additional €65m – €82m still slipping away each year. Considering that biotech crops tackle some of the pest and diseases which Europe desperately needs to fight, especially in the context of climate change, I find this predicament self-defeating and sad.”

THE FUTURE OF EU FARMING

“I am optimistic that Europe will continue to be a leader in all fields of biotechnology, including healthcare and industrial biotechnology, where huge value is already added and even hopefully in agricultural biotechnology with a little more effort. We have a highly skilled and innovative workforce and a strong political focus on health and sustainability,” she says. According to Dupont-Inglis, with a bit of leadership and common sense, the EU can do more not only to improve the integration of biotechnology into its sustainability agenda, but to also spur more research and innovation with potential positive sustainability applications abroad. “But first decision makers must heed the call of the biotech community to facilitate the development and application of workable policies.”