Fewer Sweets May Make For A Sweeter Life 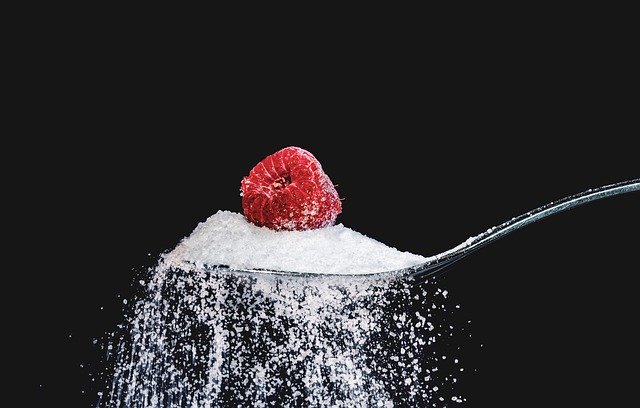 According to a New Guinean legend, the human race began when the first man made love to a stalk of sugar cane. Although conjuring up a mental picture of such an activity is intriguing, our love affair today is with the taste of sugar, not with the cane’s physical attributes. It was indeed in New Guinea that sugar cane was first domesticated some 10,000 years ago, eventually spreading to Asia where it became highly prized as a medicine to treat everything from headaches to impotence. By the Middle Ages, Arab tradesmen developed sugar refining into an industry that allowed the production of sweetened foods. Marzipan, made by mixing ground almonds with sugar, became highly prized and may well go down in history as the world’s first “sugar added” food. Returning Crusaders introduced sugar to European palates with demand soon outstripping supply.

In Europe the high sugar content of beets was first noticed in 1747 by Andreas Marggraf, a German apothecary who had been using beets as a laxative. He was struck by their sweet taste. One of his students Franz Karl Achard, decide to grow several beet varieties to see which produced the most sugar. By 1802, a pilot sugar beet refinery had been built in Prussia.

The real stimulus for producing sugar from beets arose during the Napoleonic Wars. The British had blockaded French ports, cutting off sugar shipments from the Caribbean, so Napoleon ordered his minions to find a way to make sugar beet refineries efficient. One Jules Paul Benjamin Delessert succeeded in finding an effective way to extract sugar from beets, and he was rewarded with he Cross of the Legion of Honour. Soon forty beet refineries were supplying France with sugar, and that number expanded to 250 by the mid-1920s. Sugar went from being a luxury item prescribed as a sedative for insomniacs to being a widely available commodity. To this day, beets are a major source of sugar in Europe.

Until recently, the magnitude of that sugar consumption lurked in the shadows as the spotlight

focused on fats and cholesterol as dietary devils. But as it became clear that “low fat” was not the answer to obesity, diabetes or cardiovascular disease, attention shifted to the ingredient that replaced fat in many processed foods, namely sugar. Paediatric endocrinologist Robert Lustig’s YouTube presentation on the evils of sugar took the world by storm and virtually every magazine and newspaper ran stories on the sugar hidden in our food supply and the “toxicity” of sugar-sweetened beverages.

My interest in sugar dates back to the early 1970s when I came across a book by Dr. John Yudkin with the provocative title “Sweet and Dangerous,” featuring a sugar bowl anointed with the skull and crossbones on the cover. I must admit that I thought this was just another one of the many alarmist books that were appearing at the time warning us to stay away from just about any food you could think of. We were being warned about fats, cholesterol, salt, additives, pesticide residues, and now sugar. But as I glanced at the qualification of Dr. Yudkin, I thought the book might be worth looking into. Yudkin was raised in London after his family had escaped the Russian pogroms in 1905 and went on to get both a PhD and an MD degree. His interest was nutrition, eventually becoming professor of Nutrition and Dietetics at the University of London. Clearly Yudkin was no scientific slouch.

In the 1950s concern about the increasing rate of heart disease was addressed by Dr. Ancel Keys’ famous Seven Countries Study in which he drew attention to a highly suggestive relationship between the intake of saturated fat, mostly from animal products, and the death rate from coronary disease. Yudkin was sceptical of Keys’ analysis and claimed that sugar intake correlated with heart disease at least as well as fat intake. He also made some interesting observations, noting, for example, that the Masai in Kenya had a diet that very high in animal fat but had very little heart disease. Many factors may be involved, but the Masai eat virtually no sugar. When Yudkin questioned patients, who had a heart attack, about their prior diet, he discovered that they had been eating about 120 grams of sugar a day, twice as much as his healthy controls. Unfortunately, Yudkin’s work was relegated to the back burner by Keys’ vilification of fats, enthusiastically supported by the sugar industry. That industry is now scrambling to deal with the assault on sugar as Yudkin’s ideas are being vindicated and governments are urging people to limit their added sugar intake. Forty grams a day seems appropriate. Fewer sweets may make for a sweeter life.