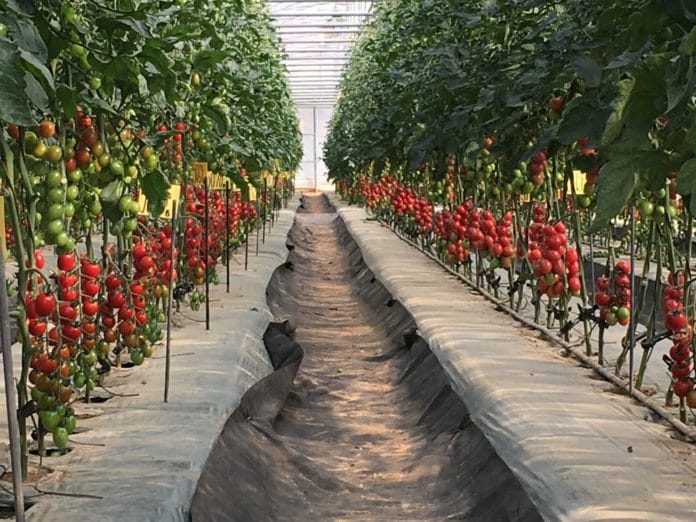 A lot of people think that domestication and plant breeding has led to genetic erosion, including loss of nutritional value, especially in tomato. A recent study (Schouten et al, 2019) looked at the diversity dynamics of greenhouse tomato varieties in NW Europe over the last seven decades. Lo and behold, the study provided compelling evidence that plant breeding has in fact increased! The diversity of tomato varieties, a whopping eight-fold since the 1960s. Conclusion: the concern that modern plant breeding is decreasing diversity among varieties, is not at all supported by scientific evidence, at least for greenhouse grown tomatoes in NW Europe. In contrast, a tremendous increase in diversity was observed, both at the genotypic and phenotypic level of greenhouse grown tomatoes.

A recent paper in Nature Biotechnology (Zsögön et al, 2018) on de novo domestication of tomato voiced the general belief that “breeding of crops over millennia for yield and productivity has led to reduced genetic diversity. As a result, beneficial traits of wild species, such as disease resistance and stress tolerance, have been lost (…). Despite the increases in yield conferred by domestication, the breeding focus on yield has been accompanied by a loss of genetic diversity and reduced nutritional value and taste.” To try and find more data on this assumption, Wageningen researcher Henk Schouten and his colleagues looked at the diversity dynamics of greenhouse tomato varieties in NW Europe over the last seven decades.

It is safe to say that a reduction of diversity among crop varieties poses risks for cultivation, especially when most varieties carry the same genetic basis for resistance to diseases and pests. If a disease resistance has been overcome in one variety, other varieties become susceptible too. This leads to agricultural vulnerability which can affect the entire chain, especially if there are no alternatives for disease control, such as appropriate and authorized pesticides. History has provided several examples, such as the Panama disease (Fusarium oxysporum f. sp. cubense) epidemic in banana, or the southern corn leaf blight (Helminthosporium maydis) outbreak in maize. Because the number of authorized pesticides has decreased and continues to decrease, crop protection has to rely more and more on genetic resistances, introgressed into the varieties, that should not have a narrow genetic basis.

THE EFFECT OF PLANT BREEDING

The loss of genetic variation in crops due to the modernization of agriculture has been denoted as genetic erosion. During domestication preferred genotypes were selected, most notably for those traits which affect plant architecture and traits of the to be harvested product (i.e. no premature sprouting, no spontaneous seed dispersal, larger size of fruits, no prickles or thorns etc.), leading to a loss of alleles and a decrease in genetic diversity of landraces compared to wild accessions. Two principal occurrences affecting crop diversity have been identified: 1) the replacement of landraces by commercial varieties; and 2) more recent additional changes in the diversity of commercial varieties caused by plant breeding. Breeding can reduce genetic diversity by continued selection in the breeding germplasm or may broaden genetic diversity through the introgression of alleles from wild relatives. The question remains whether the increase in diversity because of introgression has compensated the reduction of genetic diversity due to inbreeding and selection.

HAS TOMATO LOST ITS FLAVOUR?

Schouten and his colleagues studied this for tomato, as particularly in this crop there have been indications of serious genetic erosion. Furthermore, some studies mentioned that “modern commercial varieties contain significantly lower amounts of many (…) important flavour chemicals than older varieties” (Klee and Tieman, 2018) as a result of intensive selection for production traits, such as yield and disease resistance, at the expense of flavour. Schouten et al studied the evolution of diversity in commercial tomato varieties in NW Europe since the 1950s. To do this, they studied both genetic variation at the DNA level, and phenotypic variation, including disease resistances, fruit size, and flavour components, such as soluble solids content (Brix), titratable acidity, firmness, and juiciness.

Ninety tomato varieties introduced in the Netherlands for commercial glasshouse fresh fruit production from 1950 till 2016 were randomly selected — without any prior knowledge about any of the genetic or phenotypic parameters analysed — to have about 12 varieties per decade.

The Schouten study has shown that the genetic diversity was indeed very low during the 1960s but is now eight times higher compared to that dip. The pressure since the 1970s to apply less pesticides led to the introgression of many disease resistances from wild relatives, representing the first boost of genetic diversity. In Europe a second boost ensued, fuelled by breeding for fruit flavour, further increasing diversity since the 1990s. The increased diversity in composition of aroma volatiles observed starting from the 1990s reflect the efforts of breeders to improve fruit quality. Moreover, the fruit sizes have diversified a lot, as well as the fruit colours, and shapes as is evident from a visit to your local supermarket.

PUTTING BIODIVERSITY IN A WIDER PERSPECTIVE

For agricultural field crops, several studies have been performed on the genetic diversity of varieties, including a meta-analysis based on data from 44 published papers (van de Wouw et al, 2010), addressing diversity trends in released crop varieties of eight different field crops in the 20th century. The study encompassed variety diversity in many countries in the world, not only in Europe and North America. Wheat was the most represented crop, with 26 out of the 44 papers. For wheat, the lowest diversity occurred in the period from the 1960s until the 1980s. This decrease was 6% compared to the first half of the century and was significant. However, a recovery of diversity was observed in the 1990s. For seven other major crops (barley, maize, oat, flax, soybean, pea, rice), a dip in diversity was also observed in the 1960s, but the recovery was earlier compared to wheat. Apparently, the trends which are described for tomato in the Schouten et al. paper are similar for other crops. However, the changes in genetic diversity have been far more pronounced and clearer for tomato, not showing an increase of a few percent, but a nine-fold increase since the 1960s.

Therefore, one may conclude that the concern about decreasing diversity among varieties, due to modern plant breeding, is not supported. In contrast, a tremendous increase in diversity has been observed, both at the genotypic and phenotypic level. This however does not take away the concern that crop diversity as well as architectural diversity is decreased although both for their own reasons. In crop diversity because the economics of farming put a heavy burden on farmers to grow those crops which will enable them to earn a living while architectural diversity is abiding to those phenomena (erectness, size and type of fruits, size of plants, etc) which fit with the growing and harvesting systems. Responsibility to ensure that other types of diversity are within acceptable ranges reside thus not only with breeders but also with government and society.

For Tomato Genes, One Plus One Doesn’t Always Make Two