World Trade May Profoundly Change; Companies Should Think Ahead 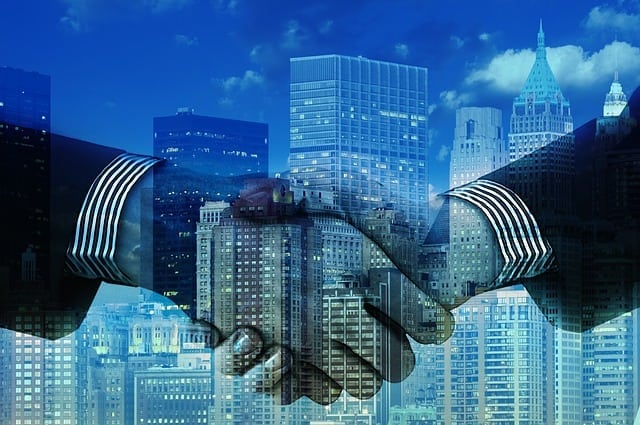 In the last couple of weeks all attention, understandably, has been focused on combating the COVID-19 pandemic. But in the EU, other policies are also put on the rails. The European Commission has published a series of important strategy papers, outlining its key policies until 2024 and even beyond: the social policy; the digital, data and artificial intelligence strategies; the Green Deal and the climate law; the industrial, SME and Internal Market strategies; the circular economy plan. They represent a comprehensive agenda, ambitious and highly relevant for business, embodying the added value which the EU intends to provide to companies and citizens facing the big challenges of our time.

These challenges are all linked to four interrelated megatrends: the re-politization of the world economy, the diminishing technological lead and comparative advantage of the West vis-à-vis the rest of the world, the rapid emergence and spread of disruptive technologies, and widespread discontent in our societies. And actually of course another challenge, slumbering for many years and almost disappeared from our radar screen, demands our full attention again: the risk of pandemics, this time in the form of COVID-19.

The new Commission agenda is shaped by a sharp awareness that every question of substance confronting the EU is related to the triangular relationship U.S.-China-EU. If the EU wants to remain a player in the world, instead of becoming just a playing ball for the other two big actors, it has to assert itself, and very quickly. The Commission therefore rightly characterises itself as a geopolitical Commission.

The re-politization of the world economy, and the struggle of the EU to position itself, is most

visible in the domain of world trade. The rules-based multilateral system shaped and led by the U.S. after the Second World War, which shielded trade from undue political interference and brought worldwide huge benefits, is increasingly paralysed and dismantled by its onetime hegemon. The U.S. has disabled the World Trade Organization (WTO) Appellate Body, threatens to pull out of the Government Procurement Agreement and to block the WTO budget, and dreams openly of going back to a retrograde dispute settlement system where decisions can only be made when both parties agree. All these steps affect the essence of the WTO.

Although the choice of policies of the U.S. is questionable, the underlying analysis is not. The system of the WTO is based on the market economy, and cannot accommodate an economic giant like China, with its state-dominated economy and unjustified claim to the privileges of a developing country. In the actual situation, the U.S. and the EU are unilaterally supporting the emergence of its competitor of tomorrow. The U.S. wants China or to adapt to the system, or to no longer enjoy its benefits.

The EU of late has also chosen a much tougher approach to China. It labelled China a ‘strategic rival’ and insists that intellectual property theft, forced transfer of technology, closing off markets for investments and government procurement, state subsidized strategic foreign direct investment, distortive behaviour of state-owned enterprises or individual imports on a mega-scale that go largely unchecked, are no longer acceptable.

It is too early to say what will be the outcome of the wrestling party of giants that is actually taking place in the arena of world trade. But it is fairly certain that world trade will profoundly change due to the emergence of a deals-based approach, the need to become carbon neutral, the push for decoupling of technology communities, the threat of pandemics, the demand for more strategic autonomy and the resistance in society against delocalisation. The era of the stable, multilateral rules-based system guaranteed by an undisputed hegemon may have come to an end. Companies should be actively thinking ahead what consequences this may entail.

Editor’s Note: Winand Quaedvlieg is head of the Brussels’ Office of the Confederation of Netherlands’ Industry and Employers VNO-NCW and the Royal Netherlands’ Association of Small and Medium-sized Enterprises MKB-Nederland

COVID-19 and Its Effects on the World of Seed

We are living through a time that will be remembered for many years to come as one of uncertainty and upheaval. So how will...
Read more
EU