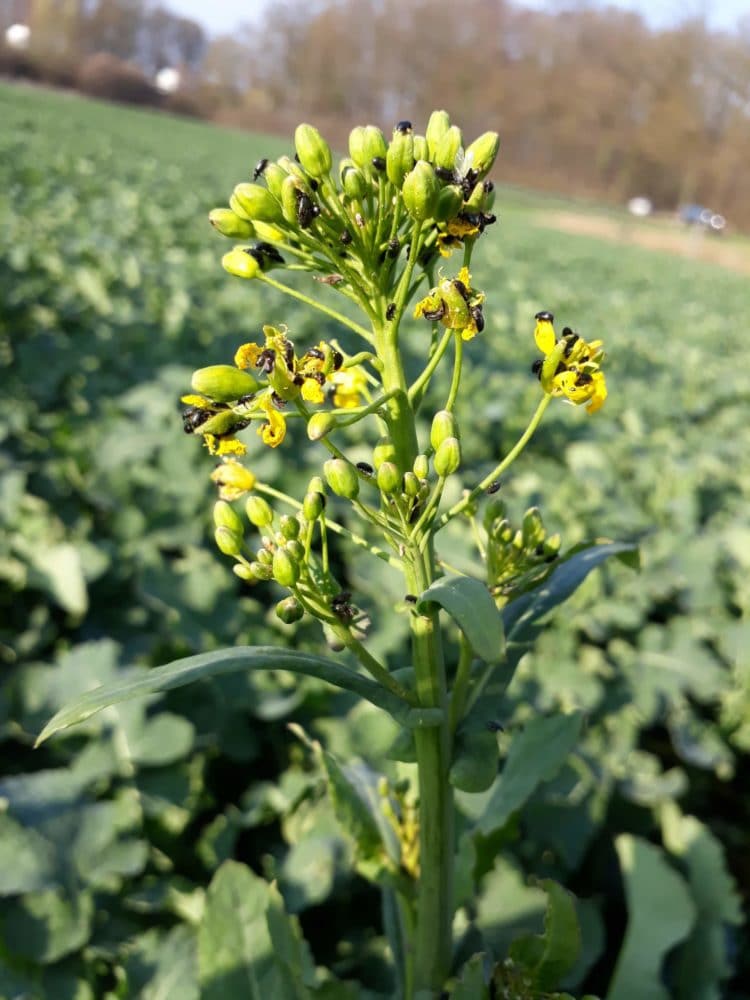 Winter rapeseed is an important crop in the soils of European farmers. More than 4.5 million ha of rapeseed were sown in Europe in 2019, mainly in France, Germany, and Poland. Rapeseed is an extraordinary crop that has enormous potential for compensation. However, the length of its cycle, which lasts more than 10 months in the soil, confronts the crop with regular insect attacks. Small flea beetles at emergence, then larvae of large flea beetles and terminal bud weevils during the winter and when the crop is resuming or pollen beetles during flowering.

The research teams have been aware of these growing problems for many years and have developed specific “insect control” research programs. Indeed, to control flea beetle and terminal bud weevil larvae, specific vigorous trials, counting the number of larvae and counting the number of bushy plants have been carried out for more than 5 years in the regions most affected by the problem.

For example, at Euralis Semences, ES CAPELLO is a new hybrid providing assistance against autumn insects. Due to its low elongation, this hybrid can also be sown early to obtain rapeseed with large biomass at the start of winter. The variety obtained the best results in the official trials in France for the harvest in 2019 and was very regular throughout Europe.

Concerning the problem of pollen beetles, solutions that take into account the need to reduce the use of pesticides by farmers are emerging. Our company proposes a solution based on the earliest flowering variety on the market: ES ALICIA. Mixed with between 7 and 15% of the variety of interest, this solution makes it possible to control pollen beetles. Indeed, its very early flowering enables pollen beetles to be attracted to its already open flowers while preserving the flower buds of the variety of interest. This avoids the need for insecticides.

Working with farmers to ensure the sustainability of rapeseed cultivation while respecting the environment is now an integral part of the role of seed companies. Innovation is at the heart of genetic research, while maintaining the fundamentals of the crop: regularity of yield and high performance, good disease behaviour, low elongation and pod shattering.