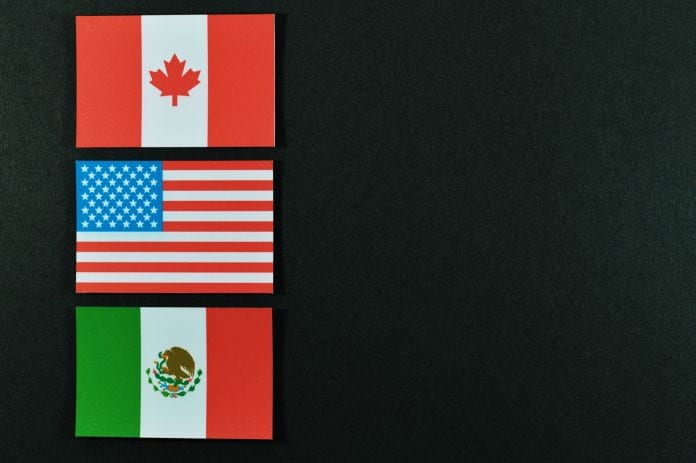 A myriad of benefits for the U.S. seed industry will be realized from signing the U.S.-Mexico-Canada Agreement.

January 2020 marked a considerable milestone for the U.S. seed industry in that important industry-related provisions were recognized in the passing of the U.S.-Mexico-Canada Agreement (USMCA).

While the signing of the document does not mean the specific seed-focussed provisions immediately enter into force, there is now crucial regulatory framework in place, including commitments for various types of cooperation between the three countries, explains Abigail Struxness, senior director of international programs and policy at the American Seed Trade Association (ASTA).

The USMCA also contains several reforms that are critically important to certainty of open market access for the U.S. seed industry. These include provisions that strengthen intellectual property rights, including the requirement that Mexico adopt the requirements of UPOV 91.

“The biggest benefit of the USMCA is the harmonization,” says James Weatherly, executive director at Seed Innovation and Protection Alliance (SIPA). “UPOV91 was instituted in Canada in 2016 and now with it being instituted in Mexico, there is a common foundation, a comfort zone that we are all on the same page. With the move to UPOV 91, breeders will also have the assurance in knowing that essentially-derived varieties are also protected in the US, Canada and Mexico under UPOV 91.”

The USMCA also recognizes the importance of plant breeding innovation, including newer methods like gene editing, and contains provisions enhance information exchange and cooperation related to trade of agricultural biotechnology.

“Because Mexico and Canada are such important markets for U.S. seed and agriculture products, having a mechanism to work toward science-based, consistent policies for plant breeding innovation is critical,” says Bernice Slutsky, ASTA senior vice president of innovation. “The USMCA includes a framework under which the three governments can begin to work toward consistent policies that facilitate further innovation as well as trade.”

The USMCA will also help facilitate the movement of seed globally for research, development and multiplication, which is critical for the introduction of new, high-performing varieties to America’s farmers and consumers. Indeed, ASTA notes that many American seed companies send seed to Mexico and other countries to conduct research and multiplication before it comes back to the U.S. for further processing and packaging for American farmers and gardeners.

Crops commonly multiplied in Mexico by U.S. seed firms include corn (mainly for R&D), sorghum (for breeding and also seed production), wheat and other cereals. Struxness notes that one of the fastest-growing sectors of the seed industry is organic vegetables, but in that sub-sector, U.S. companies send the seed for organic cultivation in Mexico and producers there send back the resulting harvest.

Additionally, the USMCA emphasizes the need for transparency and science-based approaches to phytosanitary measures, and includes a new consultation process to resolve disputes between countries in order to keep trade moving and reduce non-tariff barriers. ASTA is particularly pleased to see language establishing a new mechanism for technical consultations to resolve issues between the three countries, including a provision requiring the three countries to provide notification of SPS (sanitary and phytosanitary) import issues or delays within five days.

With regard to what the U.S. seed industry will be able to achieve in the next five to 10 years with the USMCA in place, Struxness focuses on relationships.

“Canada and Mexico are the two largest trading partners for the U.S. seed industry, the three countries have interconnected value chains and businesses have longstanding relationships with each other,” she explains.

“The new agreement provides certainty to the industry to ensure the ability to continue these relationships and critical sales. Furthermore, the new policies related to intellectual property, innovation, and phytosanitary measures will enable increased trade and ensure regulatory harmonization and science-based decision making.”

Bejo and Zaad Holdings announced Bejo’s acquisition of Nuvance as of July 1, 2020. Until June 30, Nuvance was a subsidiary of Klein Karoo Seed...
Read more
Business

As of 1 July 2020, Computomics moved to their new location in Tübingen. This newly-constructed office building called “Western Point” is built on a former...
Read more
Business

The £3.5m SHAKE Climate Change Programme has announced its first three ventures to invest in. Energy from manure, tools for smarter pest management and a...
Read more

High-precision planting technologies may allow breeders to do things that today are considered science fiction. If one thing is for certain in agriculture, it’s that...
Read more
Plant Breeding

The Road to Svalbard

The Cherokee Nation made an unprecedented decision this fall: to deposit seeds into the Svalbard Global Seed Vault. It was late 2005 when the world...
Read more
EU politics

An Inside Look from the EU Parliament

Politics and food are very intertwined these days, and every region of the world is grappling with many issues, from trade wars to regulation...
Read more
Tweets by EuropeanSeed