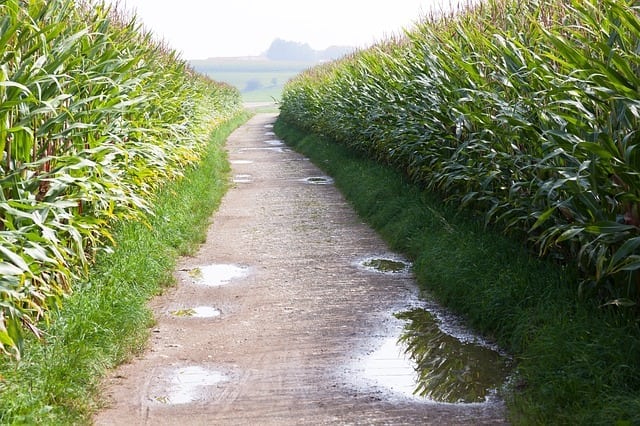 Growth and development of all organisms depends on coordinated regulation of gene expression in time and space, and this is largely controlled by non-coding sequences in the genome. A major challenge in genomics-enabled crop improvement is functional annotation of cis-regulatory elements in crop genomes and the ability to harness these sequences, either through breeding or biotechnology, to fine-tune target pathways with minimal disruption to the complex networks in which they reside.

A team of researchers led by Andrea Eveland, Ph.D., assistant member, Donald Danforth Plant Science Center, has mapped out the non-coding, ‘functio nal’ genome in maize during an early developmental window critical to formation of pollen-bearing tassels and grain-bearing ears.

Integrating information on chromatin structure, transcript profiles, and genome-wide association studies, their analyses provide a comprehensive look into the regulation of inflorescence differentiation in a major cereal crop, which ultimately shapes architecture and influences yield potential. This study by Parvathaneni and Bertolini et al., “The regulatory landscape of early maize inflorescence development“, was published on July 6, 2020 in the journal, Genome Biology.

“We have a good idea of the major controllers of inflorescence development in maize from years of classical genetics studies” said Eveland. “But simply removing their function or expressing them constitutively usually does not result in higher-yielding corn. We need to learn how to adjust their expression precisely in space and time to achieve optimal outputs. This study serves as a foundation for doing that.”

Over the past century, hybrid-based breeding and improvement in maize has led to selection of smaller tassels that intercept less light and sequester less resources, and larger, more productive ears. Since the tassel and ear develop by a common developmental program, further improvement of ear traits will require decoupling of this program, for example, by tassel- or ear-specific regulatory elements. Understanding how the same genes are regulated differently in tassel and ear, and using this specificity to control one over the other, will enhance breeding efforts in maize.

Eveland’s research focuses on the developmental mechanisms that control plant architecture traits in cereal crops. Specifically, she investigates how plant organs are formed from stem cells, and how variation in the underlying gene regulatory networks can precisely modulate plant form. Her team integrates both computational and experimental approaches to explore how perturbations to these gene networks can alter morphology, both within a species and across the grasses, with the ultimate goal of defining targets for improving grain yield in cereals.

In addition to Eveland’s team, co-authors include researchers from Florida State University, the University of California at Davis, and the University of Illinois Urbana-Champaign. The collaborative research was funded by the National Science Foundation PGRP in awards to Eveland and co-author Alexander Lipka, Ph.D. (UIUC) to identify regulatory variation for improving maize yield traits, and to Hank Bass, Ph.D. (FSU) to apply techniques in chromatin profiling to important agronomic crop species.