Hemp is Coming Back, For (the) Good 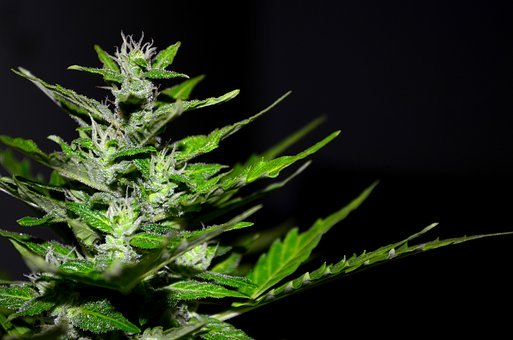 Hemp (Cannabis Sativa L.) is one of the most debated but yet one of the most misunderstood plants in today’s world. It has accompanied humankind since the Neolithic and evolved with it. Initially used for its nutritious seeds, hemp was the first fiber to be used along flax, providing textile and – later on – cordages and sails, which allowed the flourishing of the international maritime trade. Medical properties were also discovered around 2700 B.C. in China and spread around the world.

After having lived its golden age in the XIX century, the production started decreasing in all countries and hemp, once populating Europe from Finland plains to Sicilian mountains, almost disappeared from our fields, weakened by the booming of synthetic fibers. Nonetheless, its use endured in some countries, although at a smaller extent. Translated in numbers, the surface under hemp in the early 19th century in Europe was above 400,000 hectares, while in the period between 1960 and 1990 the total area stabilized around 10,000 hectares. The decrease in production entailed the disappearance of the manufacturing industry, de-localized in countries with lower labor cost and available raw materials.

The many purposes of the industrial hemp were then overshadowed by the recreative use of high THC strains of cannabis. The lines between the two varieties became blurred in people’s mind. Nonetheless a major difference still subsists: industrial hemp has no psychoactive properties and has between 100 and 500 times less THC than its recreative (or medical) family members.

The climate crisis, an increased awareness of the unexploited potential of agriculture and the longing memory of the past glory allowed hemp to start regaining its popularity in the 2000s, driven by the sale of CBD extracts and consumers’ demand for natural and sustainable products. The sown area has increased by 600% in the last 30 years and the market of CBD extracts, hemp construction and technical textiles is growing and gaining interest of international investors. The use of high THC strains for medical purposes has also undoubtedly accelerated this hype.

The real added value of industrial hemp is the possibility to produce food, food supplements, feed, biomaterials (plastics, textile, construction material, insulation, paper, supercapacitors, etc.), energy and positive environmental externalities with one rotation crop. Hemp farming requires very low or no inputs and has positive effects on soils and biodiversity, while its processing produces zero waste: everything is used or further transformed. The versatile nature of hemp potentially represents multi-billions € of downstream markets, particularly in manufacturing of reusable, recyclable and compostable materials.

In Brussels words, hemp can dramatically contribute to the decarbonization of essential products and help industry and agriculture attain the Green Deal objectives. One hectare of hemp is capable of capturing up to 13.4 tons of CO2 and its carbon sink potential could be used for offsetting emissions during the green transition.

Moreover, while maximizing land use, hemp offers farmers a valuable and versatile raw material and an additional income. Hemp value chains need a local network of operators, capable of providing the biomass and first processing, globally connected to a community of technology and knowledge. This means that there is a real chance for fixing value in the rural communities and boost the creation of new and innovative value chains.

As the European Industrial Hemp Association (EIHA), we are working with stakeholders to change a set of outdated norms, mirroring the wrong image hemp gained in the last 50 years. Our first and foremost goal is to make sure the legislative framework allows for the whole plant to be harvested and used, from the roots to the flowers. This would allow operators to reinvest the income from CBD extraction into the valorization of the stalks and the achievement of a perfect circular, zero-waste and thriving hemp economy.

Among other major positive changes, we expect the European Parliament to ratify the re-establishment of the THC level on the field at 0.3%, a request highly demanded by hemp farmers, transformers and traders. This would allow new varieties to be allowed on the market and give further impetus to the spread of hemp culture and breeding. A more liberal legislative framework for the new breeding techniques will eventually be the cherry on the cake. The expertise and know-how of European hemp breeders will be key to ensure that the seed offer meets the growers demand.

At international level, we are also expecting major changes that will definitively help hemp surge at the place it deserves. The World Health Organization formally suggested the United Nations to redefine the status of cannabis in the 1961 Single Convention on Narcotic Drugs.

Further challenges lie ahead, but we are very positive and confident in a more sustainable future where hemp will definitely play a major role. The #hemprevolution is just around the corner.

For more information on EIHA, check our Hemp Manifesto in 6 languages and reach out to us on social media (Instagram, Twitter and Linkedin).