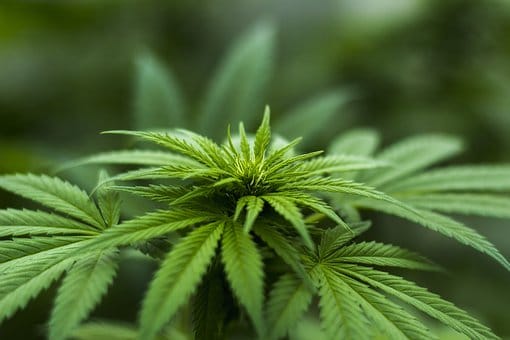 Colombia is positioning itself as a key player in the international medicinal cannabis market. At the international level, Colombia’s regulatory framework is one of the most complete, including a wide range of measures that apply to the seeds, crops, and transformation of the plant as well as the processes of creating added value and ensuring patients’ safe access to the product.

Decree 613 of 2017, which regulates Law 1787 of 2016, approved the legalization of cannabis for medicinal purposes in Colombia and provided the country with a robust regulatory framework for the medical and scientific use of cannabis. Colombia also stands out for having a qualified workforce and FTAs with the most relevant markets for this product. The International Narcotics Control Board awarded Colombia the world’s second highest production quota for medicinal cannabis in 2020.

The regulation of medicinal cannabis provides citizens suffering from various diseases with a way to manage their symptoms and strive for wellness. In fact, scientific evidence supports the use of medicinal cannabis for chronic pain, spasticity due to multiple sclerosis, and nausea and vomiting as a result of chemotherapy. Accordingly, this regulation also incentivizes research and scientific development in Colombia.

Colombia has several advantages that position it as a global leader:

Although exporting the flower is prohibited, Colombia is already exporting cannabis derivatives and processed products such as oils and resins, as well as semi-finished and finished products, for medicinal purposes. ProColombia has identified export opportunities in several countries, including Germany, Australia, Israel, and Brazil.

ProColombia President Flavia Santoro highlighted this industry’s potential when she stated, “Colombia is called to be a key partner in the global medicinal cannabis industry. The country is focused on exports; as such, the government’s aim is for Colombia to become the production hub for cannabis-based supplies and medicines, as well as for industrial hemp products.”

In August, Clever Leaves, a leading multi-national operator and licensed producer of pharmaceutical-grade cannabinoids, announced it has been granted a license from INFARMED I.P., the Portuguese regulatory authority with oversight over the pharmaceutical industry in Portugal, including medical cannabis, to cultivate, import and export Good Agricultural and Collecting Practice (GACP) quality dried flower, produced from Clever Leaves’ Portugal cultivation site.

Clever Leaves’ Portuguese facility is located on approximately 9 million square feet of land and consists of approximately 110,000 square feet of greenhouse facilities. The license marks the commencement of Clever Leaves’ cultivation activities in Europe and its ability to produce, commercialize and export high-quality, GACP cannabis flower for medicinal purposes. Clever Leaves’ cultivation and post-harvest facilities have been purposely constructed to comply with internationally-recognized quality standards and production systems.

Due to the COVID-19 pandemic, the license is considered provisional until a physical inspection from INFARMED takes place at the cultivation site. While provisional, it gives Clever Leaves Portugal the same rights and qualifications as the definitive license. The physical inspection is expected to occur in the near term and upon successful completion, a formal definitive license will be issued. Having access to capital-efficient medical cannabis production in the European Union is a key achievement for Clever Leaves and is now the ninth fully licensed medical cannabis cultivator in Portugal. In comparison, there are currently over 400 licensed producers in Canada, as listed on Health Canada’s public website.

The certification recognizes that Clever Leaves’ production facilities comply with quality standards and production guidelines required by the EU for the manufacturing of cannabis and hemp-based pharmaceutical products. EU GMP certification is generally required to import medical cannabis products into the European Union and is expected to broaden Clever Leaves’ ability to serve international markets.

The outlook for the medical cannabis market is positive. For example, large international investors from various countries such as Canada and Israel—including some listed on the stock exchange—have already chosen Colombia as an investment destination.