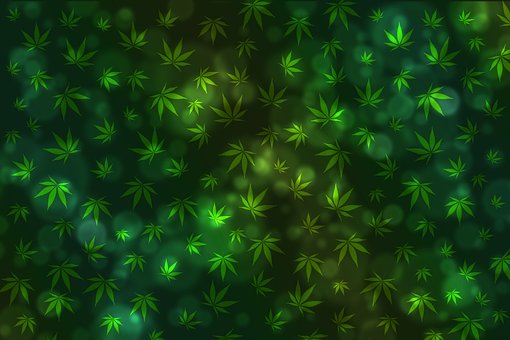 In the quest for preventative measures and treatment of COVID-19, no stone is being left unturned. That includes investigating cannabis, a plant that has a fascinating history of medicinal applications, but its use is clouded by individuals who just want to get “stoned.”

Cannabis plants were cultivated as early as 3000 B.C. in East Asia for fibre, but ancient Chinese texts also mention psychoactive effects and medicinal uses for conditions ranging from constipation to malaria. India also has a long history of using marijuana both as an intoxicant and a drug. Dried leaves, known as “bang”, were smoked or boiled with milk and sugar to make a sweet called “majoon” and the resin scraped from the plant was highly prized for its potency to produce exhilaration.

The modern use of cannabis as medicine can be traced back to Dr. William Brooke O’Shaughnessy, a British physician who in 1833 landed a job with the East India Company. He found widespread use of cannabis in India, but it was in a haphazard fashion. O’Shaughnessy decided that science should be infused into the use of cannabis and tried different doses of resin on arthritis patients finding that they were relieved of pain. His most impressive results, however, were with tetanus. Cannabis was able to prevent the powerful spasms that are characteristic of this bacterial infection.

O’Shaughnessy’s publication of his experiments with cannabis in 1842 stimulated physicians to explore the drug further. Russell Reynolds, Queen Victoria’s physician, found that cannabis was effective in treating migraine, epilepsy, spasm, convulsions as well as nerve and muscle pain. By 1850, cannabis was listed in pharmacopoeias in Europe and the U.S. but fell out of favour because plant extracts were too variable in composition and furthermore could not be injected with the new-fangled hypodermic syringe. The nail in the coffin was pounded in by the Marijuana Tax Act.

That nail started to be pulled out in the 1940s when American chemists managed to isolate cannabidiol (CBD) and tetrahydrocannabinol (THC) from plant extract, making the study of these compounds possible. This was no small accomplishment given that the cannabis plant contains over 400 compounds including about 100 that have similar molecular structures and are termed “cannabinoids.” The most famous of these is THC because of its potent psychoactive effects. No such effect was found for CBD.

In the 1960s, Israeli chemist Raphael Mechoulam determined the molecular structure of these compounds and discovered why it is that cannabinoids have a pharmacological effect. It turns out that these compounds interact with receptors in the brain for anandamide, a neurotransmitter that plays a role in sleep patterns, pain sensation, appetite, and pleasure.

Stimulated by historical anecdotes of marijuana’s effectiveness in epilepsy, Mechoulam collaborated with Brazilian researchers in a small trial and found that when 200-300 mg of CBD was added to the usual antiseizure medications, epileptic patients had a dramatic reduction in seizures. Further research eventually led to the introduction of highly purified CBD extracted from cannabis plants for treating Dravet Syndrome and Lennox-Gastaut syndrome, two types of childhood epilepsy.

Epidiolex is the first drug approved in the U.S. whose active ingredient CBD is extracted from the plant although synthetic THC under the name Marinol (dronabinol) has been available since 1985 for boosting appetite in people undergoing chemotherapy. In the U.K., a specific extract of cannabis was approved in 2010 to treat neuropathic pain and spasticity in multiple sclerosis. It is also approved in Canada for treatment of MS symptoms as well as for pain due to cancer.

Cannabis research is complicated by the discovery that there are several types of cannabinoid receptors in the body, with THC interacting with some and CBD engaging others. There is some hope that CBD may have potential in treating Parkinson’s disease, Alzheimer’s disease, depression, insomnia, anxiety, bipolar disorder, post-traumatic stress disorder and schizophrenia. Randomized clinical trials are needed to see for which of these conditions CBD works and at what dosage.

Recently researchers at the University of Lethbridge explored the use of Cannabis sativa extracts with a high concentration of cannabidiol (CBD) to reduce the chance of infection by the SARS-CoV-2 virus. It is well known that for the virus to invade a cell it first has to attach to a receptor on the cell’s surface. That receptor is the angiotension-2 converting enzyme (ACE2) that is formed by instructions from genes in the cell’s DNA. Extracts of Cannabis sativa were found to down regulate the expression of these genes, meaning that fewer receptor molecules are produced. That in turn means the virus has fewer receptors with which to interact and a reduced chance of invading the cell.

The researchers suggest that appropriate cannabis extracts could be used to formulate mouthwashes and gargles to reduce the risk of contracting COVID-19. But before we get too excited about this, let’s point out that this study was carried out in the lab on isolated cells, not in humans, and not even in animals. A cell culture study like this is very far from a clinical trial and all it means is that further trials are warranted, including testing the safety of cannabis in patients infected with the coronavirus. And so, the fascinating story of cannabis continues.

Hunger Will Haunt the World from Russian Aggression

The Wonders of DNA and Genetic Engineering