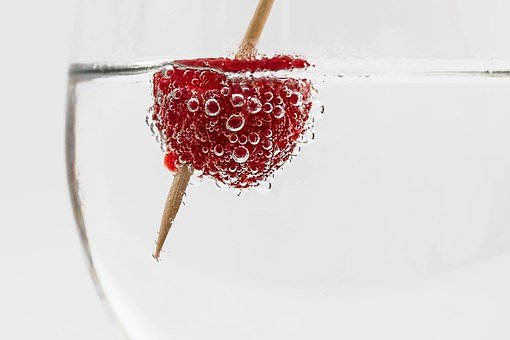 The barley used to make the new vodka has been farmed according to the definition of regenerative farming set out by BSAG’s Carbon Action platform. Koskenkorva Vodka Climate Action will be available in early 2021 and distributed in the UK by Indie Brands Ltd.

If all the farmers in the world transitioned to regenerative farming, we could potentially remove up to 322 billion tons of CO2 from the atmosphere. That is nearly as much as we globally emit in 10 years.

“We don’t want to do our work at the expense of our planet. Sustainable barley farming is one of the ways we aim to honour this goal, as barley cultivation is one of the major factors contributing to the carbon footprint of our products. Our collaboration with BSAG has given us access to the most up-to-date research findings and best practices,” says Pekka Tennilä, CEO of Altia.

Koskenkorva Vodka’s production is based on the circular economy. The Koskenkorva distillery has a 99.9% recycling rate and even the husks of the barley left over from vodka distillation are used to power the distillery’s own bioenergy plant. In addition to grain spirit, the Koskenkorva plant produces starch and raw materials for animal feed – and the carbon dioxide generated in the process is collected and used in greenhouse cultivation. Koskenkorva’s investment in the circular economy was awarded the Green Company of the Year award by the Spirits Business.

Koskenkorva Vodka Climate Action will be a single estate vodka, as all the barley used in its production has been farmed at the Setälä-Eerola farm in the summer of 2020. The farming practices used adhered to BSAG’s guidelines on regenerating agriculture: soil coverage is maximized on fields all year round, crop rotation and minimum tilling is applied, and organic fertilizers are used.

“Koskenkorva Vodka Climate Action is an important innovation for us, because it takes the brand another step closer to its goal of being the world’s most sustainable vodka. We want to provide consumers with more sustainable choices and show how we can create inspiring brand experiences while also protecting our planet”, says Suvi Reinikkala, Marketing Director of Spirits at Altia.

Altia to train all contract farmers in regenerative farming practices

Altia, the company behind Koskenkorva Vodka, launched an ambitious sustainability roadmap at the end of 2019. As a major buyer of barley in Finland, one important way of reducing the company’s environmental impact is to train contract farmers in regenerative farming practices. Altia is working together with its long-time partner BSAG to have all of the company’s contract farmers trained by 2025.

“Training our contract farmers provides us with more opportunities to use regeneratively farmed barley in our production. This is an important requirement for making our climate and responsibility objectives a reality. We want to act as a pioneer in our industry and set an example for other companies as well,” Tennilä states.

“Training Altia’s contract farmers on regenerative agriculture is a significant initiative, which says a lot about the company’s commitment towards more climate-friendly production. We need more actions like this to ensure the vitality of Finnish farming far into the future and to repair the damage inflicted on the soil,” says Michaela Ramm-Schmidt, CEO of BSAG.

From Barley to Bar: AB InBev Trials Blockchain with Farmers to Bring Supply Chain Transparency All the Way to Beer Drinkers