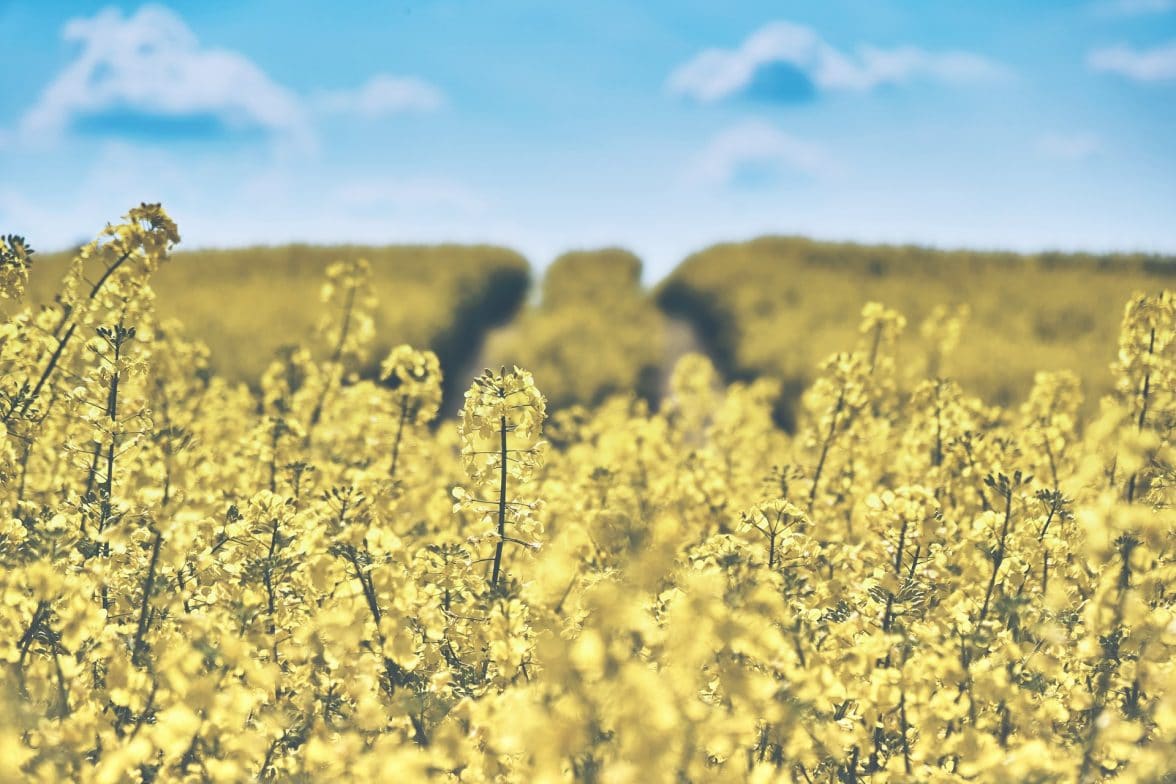 Research has shed new light on the molecular mechanisms that allow crops to synchronise flowering with favourable conditions.

The research on varieties of oilseed rape suggests that in future crops could be better designed to flower at climatically opportune times.

Flowering time is a key adaptive and agronomic trait. In the model plant Arabidopsis thaliana, natural variation in expression levels of the floral repressor FLOWERING LOCUS C (FLC) are known to underlie differences in flowering time. This variation has allowed Arabidopsis to thrive in different climates around the world. Commercially important crops such as oilseed rape, broccoli and turnips are closely related to Arabidopsis, allowing this understanding to be translated from model to crop.

In the polyploid crop oilseed rape (OSR, Brassica napus) there are nine copies of FLC. Distinct OSR crop types known as spring, semi-winter and winter varieties, have been bred for different environments and are associated with differences in flowering behaviour and vernalisation requirement – the period of cool/cold temperature some plants must undergo prior to flowering.

Previous studies have related these crop types to specific FLC copies, but it was unclear how FLC regulates flowering behaviour.

In this collaborative study, researchers at the John Innes Centre and and the Institute of Biological, Environmental & Rural Sciences (IBERS), Aberystwyth University used computational modelling to show that it is not individual FLC copies that determine crop type but a combined effect of their related dynamics.

“It is these total FLC dynamics which could allow researchers in future to design crops with genetic combinations that thrive in specific environments”, says corresponding author Professor Richard Morris of the John Innes Centre.

“We wanted to understand the mechanistic basis for what determines whether OSR cultivars are spring, semi-winter or winter varieties.”

“We expected to confirm previous studies and identify specific FLC copies that correlate with the response to cold. We were surprised to find that a model based on total FLC dynamics provides a better fit to existing data and even within a large diversity panel can nicely explain vernalisation requirements,” says Dr Rachel Wells.

“Our findings suggest a strategy for how to combine different FLC copies to control total FLC dynamics. As FLC is a major determinant of flowering, what this implies is that it should be possible to design crops with any desired flowering behaviour,” says Dr Judith Irwin.

The group is now investigating predictions of how different combinations of the FLC alleles behave. They are obtaining more detailed dynamic data of various FLC copies in response to cold in different genetic backgrounds. This will validate the model in a more quantitative manner.

Lead author Dr Alex Calderwood said: “Flowering time shows great variability between different OSR cultivars. Our analyses and suggested mechanisms provide an explanation for how this plasticity within a species may arise.”

People worldwide want their coffee to be both satisfying and reasonably priced. To meet these standards, roasters typically use a blend of two types...
Read more
Research

INSECTS The spirea aphid, Aphis spiraecola, an invasive pest, has been discovered for the first time in Denmark by University of Copenhagen researchers. The...
Read more

People worldwide want their coffee to be both satisfying and reasonably priced. To meet these standards, roasters typically use a blend of two types...
Read more
Research

INSECTS The spirea aphid, Aphis spiraecola, an invasive pest, has been discovered for the first time in Denmark by University of Copenhagen researchers. The...
Read more
Tweets by EuropeanSeed