Business What Does a Biden Administration Mean for Seed?
Business

What Does a Biden Administration Mean for Seed? 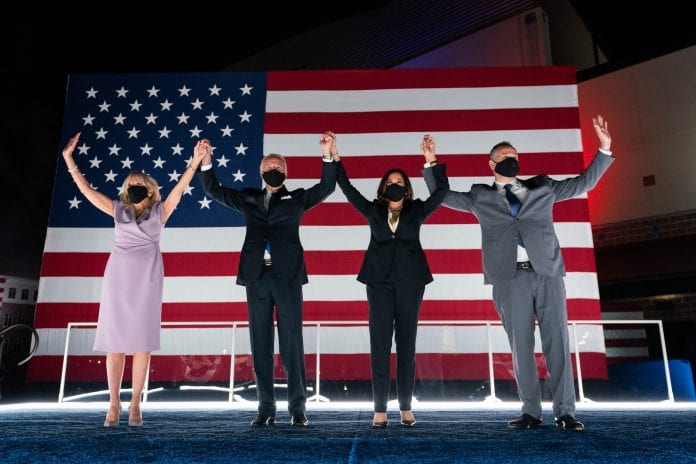 As we look to the future with a Biden Administration, everyone stops to wonder — what does that mean for the seed industry?

Transitions in the White House come at the same time every four to eight years, and 2020 was no different. In November 2020, the United States popular vote and Electoral College voted President Donald Trump out of office, and he will be replaced on January 20, 2021 by a Joe Biden administration.

But, while transitions can be new and exciting, it also leaves a lot of doubt and questions about the future. What new policies and regulations might come into play? Who’s going to be on Biden’s cabinet? And most importantly … What does this mean for the seed industry?

When it comes down to it, one of the biggest questions surrounding a Biden administration is Biden’s stance when it comes to trade.

“When it comes down to it, I think trade will change drastically,” says Mary Kay Thatcher, senior manager of Syngenta’s Federal Government and Industry Relations. “I believe Biden will be very pro-trade, but I don’t think trade will be at the top of his priority list. Instead, he is likely to prioritize work on domestic issues first. Be it fixing or trying to fix COVID or the stimulus bill.”

Thatcher notes that in particular, a Biden administration might mean going back to more traditional trade deals.

“I anticipate he’ll come back to trade,” she says. “Before President Trump, we always did trade in this country by engaging our friends. Once we had a group together, you’d then move somewhere like China or Russia or wherever to see if we could seek some changes.”

Michelle Klieger, president of Stratagerm Consulting, notes that this was common, especially under the Bush and Obama years.

“There were a lot of bilateral talks set up between different parts of the U.S. and Chinese governments,” Klieger says. “Debatably, did they cause structural changes in the U.S.-China relationship? Maybe. But probably not as much as people hoped.”

All-in-all, that means when new presidents came into office, China was already on their toes, expecting a big trade talk from the U.S.

“China knew that this big trade talk was coming from one of these committees or there was going to be a high-level visit, and suddenly, there would be a flurry of activity on the Chinese side,” Klieger says. “We would see biotech approvals and we’d see other things that the U.S. had been pushing for. It was almost like, ‘We’re going to do this big, showy thing,’ and China would give a few things we wanted. But it didn’t structurally change the trade process.”

However, Thatcher notes that wasn’t quite President Trump’s style when he came into office.

“Trump felt strongly that we were the largest economy in the world, so arguably, we should really be able to go into trade agreements on our own,” she says. “And then, we wouldn’t have to negotiate with other groups first.”

Klieger agrees that Trump took the complete opposite stance after seeing that there wasn’t any structural trade change after these meetings.

“Instead, Trump’s response was to use these tariffs,” she says. “And so, the question became over the last four years — were these tariffs and trade deals more incremental or did it cause structural change? I think in phase one, there was still a lot of restoring the status quo before the tariffs. Phases two and three were supposed to be those structural changes, but we’ve now run out of time for them.”

Klieger notes that it’s hard to see which side — these bilateral talks or this direct-to-China discussion — was more effective in the long run.

When it comes to speculating Biden’s future with the China Trade Deal, Thatcher mentions that she doesn’t think Biden will just do-away with it.

“While Trump prides himself as being the Tariff Man, I don’t think that’s Biden’s M.O.,” she says. “I anticipate that he will attempt to reduce some of the $360 billions of tariffs that are in place, but he’s not going to do it for the heck of it. He’s going to want something in return, and I don’t think we know what that is yet.”

Thatcher says Biden could want a few things that haven’t been accomplished yet — ranging anywhere from making the purchases they’ve agreed to all the way to reducing the amount of time that biotech gets approved in China.

Klieger believes that while Democrats have historically been harsher on China than Republicans, we might actually see some stability with the U.S.’s relationship with China.

When it comes down to the idea of farmer incentives, both Klieger and Thatcher wonder if the potential for cover crop seed incentives will be available in a Biden administration. Both say that one thing’s for certain: climate change is high on Biden’s priority list.

“Biden has been really open about the fact that he’d like to spend $2 trillion on climate change incentives,” Thatcher says. “However, it really depends if the democrats win both seats in Georgia, and therefore, control the Senate.”

Thatcher believes that even if the Republicans have the Senate majority, climate change will still be on the table, but the incentive money would be nowhere near the $2 trillion Biden has suggested.

Klieger says another thing it comes down is how a program like this would be introduced: would it be introduced as an incentive-based program or a regulation?

“Right now, an incentive-based program would be better,” she says. “Instead of saying all lands that get federal crop insurance require a cover crop, it would be more successful to incentivize farmers with a program similar to the American Farm Trust, which gives you $5 off your cover crop.”

A letter from our publisher: With like-minded management principles and complementary services, the acquisition of Issues Ink further enhances Farms.com’s extensive portfolio of media and...
Read more
Business

The EU Commission has included the revision of the Community Plant Variety Right (CPVR) Regulation 2100/94 into the IP Action Plan, published on November 25....
Read more

ISF is Working Behind the Scenes

Even with the effects of COVID-19, ISF’s committees are working hard to continue their work to maintain ISF’s ultimate goal: a world where the...
Read more
Business

SAA: Adjusting to a New Normal

Diego Risso of the Seed Association of the Americas spoke with European Seed's sister publication Seed World about members’ experiences during COVID-19. During this unprecedented time...
Read more
Business

ISF is Working Behind the Scenes

Even with the effects of COVID-19, ISF’s committees are working hard to continue their work to maintain ISF’s ultimate goal: a world where the...
Read more
Tweets by EuropeanSeed