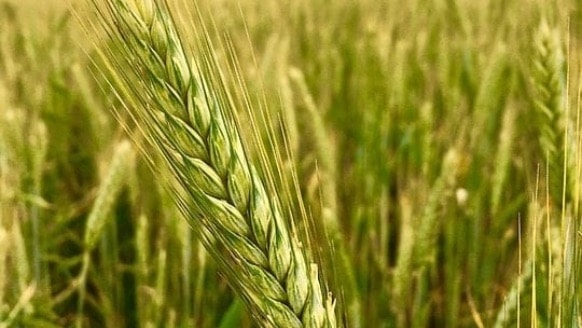 The productivity of cereal crops could get a boost in the future thanks to the discovery of new roles for a master gene regulator that influences the development of barley florets, furthering the understanding of grain development including impacts on grain shape and yield.

A new study from the University of Dundee and the James Hutton Institute, working with partners in the UK and Australia, has shown that a gene encoding a protein called HvAPETALA2 (HvAP2) has a role in the development of florets and grain.

“Despite this, little is known about the underlying genetic control of these processes, especially in key temperate cereals such as barley and wheat.

“Using advanced molecular tools and gene-editing techniques, our team showed that HvAP2 regulates multiple events during floret and grain development, including the formation of floret hulls which protect grain and the development of the calorie-rich starchy endosperm within grain. Further, our work revealed that HvAP2 likely works by influencing the function of other important genes involved in development”

“Taken together, we discovered novel roles for this gene in the control of floret and grain development, both key agronomic traits in one of the world’s most economically, sociologically and ecologically relevant crops.”

Dr Kelly Houston, a barley geneticist at the James Hutton Institute explains “This study greatly benefited from being able to use cutting edge genetic techniques such as gene editing to expand our knowledge of the function HvAP2 and identify additional roles for this gene. We also gained novel insight into the interactions of HvAP2 with other genes contributing to important agronomic traits such as grain shape.”

Joint leader of the study, A/Prof Matthew Tucker from the University of Adelaide added, “This project demonstrates how collaborative barley research is moving beyond gene discovery into the mechanisms of gene action, which will allow breeders to be more predictive and sophisticated in their breeding strategies.”

The first author of the study is Jenny Shoesmith, a recently graduated joint Hutton-Dundee PhD student co-supervised by Dr Kelly Houston and Dr McKim. Dr Houston, along with Hutton researchers Dr Abdellah Barakate and Dr Jennifer Stephens, are co-authors of the research.

The paper is in the latest issue of Development and was selected as the cover story for the issue in which it is published.

The James Hutton Institute’s Dundee site hosts the International Barley Hub, a world-leading centre for the translation of excellence in barley research and innovation into economic, social and environmental benefits. For more information visit www.barleyhub.org.