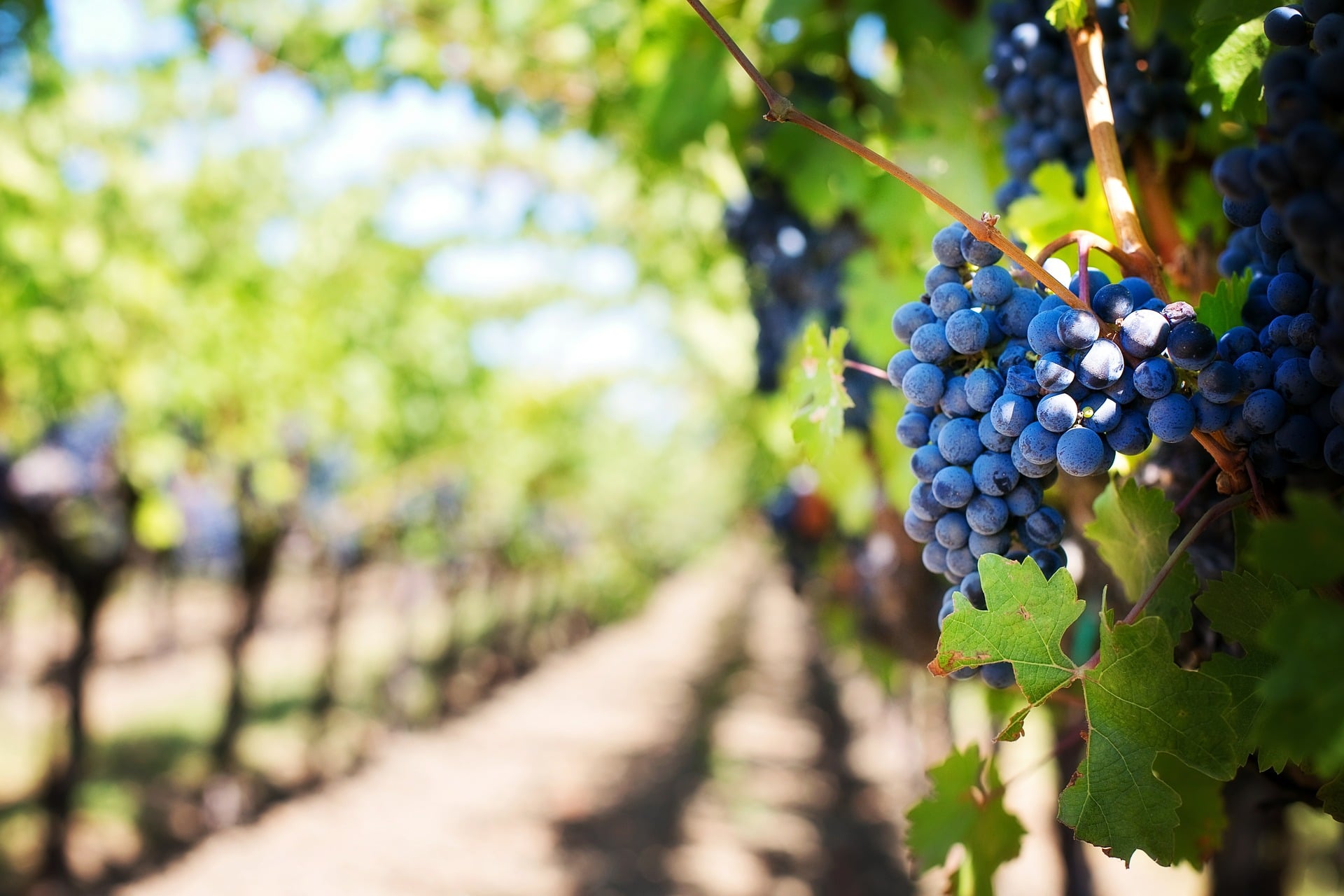 European Seed (ES): Michele, could you tell me a bit more about your project?

Michele Morgante (MM): We started 21 years ago at the University of Udine with a program to create new wine grapevine varieties resistant to powdery and downy mildew through traditional breeding, i.e., crossing and selection. Later on, in 2006, we created a new research institute, IGA (Institute for Applied Genomics), that played a major role in the sequencing of the grapevine genome and continued with the University to develop disease resistant varieties, taking advantage of the new information derived from the genome sequence.

ES: Why was it necessary to develop fungus resistant grape varieties?

MM: The reason for doing it was that grapevine, unlike all other major crops, did not take advantage of the advances in plant breeding over the last century or so and continued to utilize old varieties that were extremely sensitive to fungal diseases. As a result of the missed opportunity of exploiting genetic mechanisms of resistance, grapevine covers only 3 per cent of agricultural area but is responsible for 60 per cent of fungicide use (EUROSTAT figures for Europe, 2007 report, https://ec.europa.eu/eurostat/documents/3217494/5611788/KS-76-06-669-EN.PDF) due to the need for heavy chemical treatment to protect plants from fungi.

Grapevine, unlike all other major crops, did not take advantage of the advances in plant breeding over the last century or so.
Click To Tweet

ES: How did you go about it to introduce the resistance into existing grape varieties?

MM: We crossed elite wine grape varieties such as Merlot, Cabernet Sauvignon, Sauvignon Blanc with so called introgression lines, i.e., resistant varieties that were the result of several rounds of backcrosses with elite Vitis vinifera varieties following an initial cross with wild species from America and Asia that carried the disease resistance genes. The F1 progeny that consisted of several thousand individuals was then selected for disease resistance (using genomic tools), agronomic characteristics and most importantly for wine-making quality through biochemical testing and sensory panels.

ES: What are the benefits of the new fungus resistant grape varieties?

ES: Could the same result also have been achieved by new breeding technologies (NBTs)?

MM: Yes, the same result could also have been achieved by using cisgenesis. The direct transfer of the resistance genes to powdery and downy mildew, some of which have already been identified and cloned in grapevine, through cisgenesis would have several advantages:

Other breeding methods, such as traditional crossing and selection, would not allow to maintain the genetic identity of the grape varieties traditionally used for wine making.
Click To Tweet

Alternative methods such as the traditional crossing and selection scheme would not allow to maintain the genetic identity of the varieties traditionally used for wine making, thus making the new varieties much less useful and attractive because they represent entirely new varieties with the following two disadvantages:

An additional opportunity is offered also by genome editing technologies such as CRISPR/Cas9. Resistance to fungal pathogens in plants can be achieved not only by deploying resistance genes that recognize the arrival of the pathogen and prevent its spreading, but also by inactivating susceptibility genes, i.e. plant genes that are needed for the pathogen to enter plant cells. One of them, a susceptibility gene to powdery mildew, has been identified in grapevine and precise editing could be used to inactivate it and obtain powdery mildew resistant varieties. The same pros and cons in comparison to traditionally bred resistant varieties listed above for cisgenesis would apply here.

Q: What is your take on the recent ECJ decision, stating that varieties created with the new plant breeding methods should be considered as GMO’s?

MM: The decision appears not to be based on logical but rather on ideological considerations and represents a serious obstacle on the way to a more sustainable European agriculture that meets the ambitious goals set forth in the Farm to Fork strategy recently presented by the European Commission. A thorough revision of the 2001/18 directive regulating GM crops in the European Union is urgently needed in order to take into account the technological advances that have occurred over the last 20 years.

ES: In the EU, often, we’re seeing a blocking of useful innovation. How should the scientific community turn this tide?

MM: In order for the advancement of knowledge in the scientific field to be translated into innovations, that is to say that inventions and discoveries can be translated into new processes and products that find application in the production system, four fundamental ingredients are needed: a high quality research, an innovation system that is able to favour the transition from research to the production system, a regulatory corpus that allows innovations to arrive on the market without unnecessary restrictions and/or constraints and finally the acceptance by consumers of the innovations proposed by the production system. Today, in European agriculture, genetic innovation reaches the market with great difficulties not only due to regulatory constraints but more importantly due to the lack of acceptance by the consumers. However, in other fields of research, for example medicine, innovation is much more easily accepted than in agriculture. There is a different perception of risks versus benefits among consumers. If we compare agriculture with the medical field, it is not the risk factor which is different in perception but the perception of benefits.

In order to change the consumers’ perception on food produced from new breeding technologies, it is necessary to make them fully aware of the complexity of the food systems. Agriculture, which is more compatible with the environment or, as some like to call it — more biological, cannot exist without scientific progress and the access to innovative technologies. It is not going back in time to the good old days that we will solve the problems of environmental, economic and social sustainability of agriculture, but it is only by embracing the path of scientific innovation, first of all the genetic one, and we need an alliance between the world of research and the world of production to be able to make the system more suitable to incorporate innovations of which today we cannot afford to do without.

Consumers have been led to make their choices based on two simple equations both based on wrong assumptions: the first is “old equals to good, new equals to bad”, the second is “natural equals to good, artificial equals to bad”. The irrational passion for traditional agriculture in many European countries that even aim to recover old varieties cultivated decades or centuries ago cannot be explained except with a distorted vision of the agricultural system. Consumers should be made aware of the role that technological innovations in agriculture have had in contributing to economic and social wellbeing and acknowledge that the progress in agriculture has helped us to better cope with climatic adversities. Technological improvements in agriculture over the last centuries have led to increases in productivity, reduction in prices of food products and improvements in food quality. They should also be made aware that the agricultural system is an artificial system and not a natural ecosystem and as such does not follow the laws of natural evolution but those of artificial selection. The agricultural environment changes much faster than a natural environment does and the cultivated varieties must continually adapt to new growth conditions and new threats. This makes it necessary to continuously select new varieties.

To change consumers perception, it is important to communicate the role of technological innovations in agriculture through narratives instead of explaining the technicalities and possibilities of the technology itself. For example, new breeding technologies have the potential to preserve local varieties, food traditions and to favor diversification. Innovation can go along with preservation of food traditions. This is very well illustrated by the example of making traditional wine varieties resistant to fungal pathogens through NBTs.

Editor’s Note: Prof. Michele Morgante is a Full Professor at the Laboratory of Plant Genomics of the University of Udine, Italy.

What’s So Special About Hybrids Anyway…?