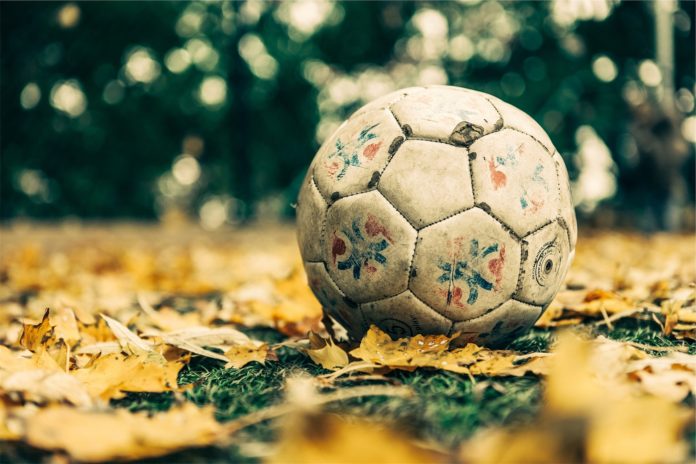 One would hardly expect being knocked unconscious by a foreign object to become a cherished memory. Except when that object happens to be a soccer ball rocketing off the boot of the most famous player in the world. And therein lies a story. A story that begins with the greatest soccer team ever assembled, the Hungarian national team of the early 1950s. The “Magnificent Magyars” led by the incomparable Ferenc Puskas put together a string of 32 consecutive international victories, a feat that has never been matched. In 1953, they stunned England 6-3 right in Wembley stadium, the first time England had ever been beaten at home by a European side. In the rematch in Budapest, England was embarrassed by a stunning score of 7-1. Little surprise then that just about everyone conceded the 1954 World Cup, to be held in Switzerland, to the “Golden Team.”

On the way to Switzerland, the team stopped for a training session in Sopron, the town where I was born. My father somehow managed to get us into the practice game, and we were actually allowed to watch from an area beside one of the goals. I don’t remember much about the game, but as you will see, that’s understandable. Like everyone else, I was focused on Puskas, whose powerful left foot had beaten opposing international goalies 84 times in 85 games. This time though, he missed the net. But he didn’t miss my head. I remember the ball coming towards me, and then the next thing I can recall is being helped to a bench, and then into a taxi. The next day was another memorable one. My father came home with a present. A soccer ball! Puskas had sent it, he told me, as a souvenir of the “event.” Frankly, I think my father bought the ball, but I worshipped it nevertheless.

That ball was nothing like the balls being kicked about today. It was made of leather panels stitched together, with a slit through which a rubber bladder had been stuffed inside. The bladder was inflated with a pump, tied up, and the opening laced shut like a shoe. As I recall, there were a couple of problems with this ball. When it got wet, it became very heavy from the water that was absorbed by the leather. Even worse, after a few months of play, it began to lose its round shape and started to look more like an egg than a ball. To us, none of this mattered much. After all, we had a ball to play with. And what a ball! One that had (maybe) been touched by the great Puskas!

At the time of course I didn’t realize that this ball was already a product of a great deal of evolution. Apparently, the ancient Chinese kicked around a leather ball stuffed with animal hair and cork, and sometime in the Middle Ages the British made the first inflatable bouncing ball. Actually, whether it is appropriate to call an inflated pig bladder a ball is debatable, but that is just what was used in medieval kicking games that often involved whole villages. In the meantime, in South America, natives had discovered that the latex oozing out of certain trees could be formulated into small bouncing balls.  hese “rubber” balls, though, were sticky and quickly lost their shape.

And then in 1836, along came Charles Goodyear with his rubber “vulcanization” process. Goodyear discovered that heating latex together with sulphur made the material much less sticky and more resilient. As chemists would later learn, the reason was that sulphur atoms form bridges between the long molecules of natural rubber, allowing these to return to their original shape after being stretched. Goodyear made hundreds of rubber products ranging from hats to calling cards, and in 1855 made the world’s first vulcanized rubber soccer ball. The ball, now on display at the National Soccer Hall of Fame in Oneonta, N.Y., was made of rubber panels glued together at the seams and was used in 1863 for one of the first known organized soccer games in the U.S. A monument to commemorate this epic event stands on the Boston Common where the game was played.

In England, they were still blowing up pig bladders, but William Gilbert, a boot maker, hit upon the idea of a protective leather covering. And then H.J Lindon took the progressive step of replacing the pig bladder with one made of Goodyear’s vulcanized rubber. Supposedly he was motivated by his wife’s death from a lung disease caused by blowing up too many pig bladders! Soon ball manufacturers found that using leather from the rump of a cow made for a stronger ball, and that interlocking panels that ran in different directions allowed the ball to keep its round shape.

Then in the 1940s chemistry kicked in. Researchers at Standard Oil discovered that isobutylene, a substance derived from petroleum, could be polymerized to make a synthetic rubber which went by the name of “butyl rubber.” This was essentially impermeable to air, putting an end to the frustrating task of constantly inflating soccer balls. Butyl rubber also made automatically sealing valves possible, eliminating the need for a laced opening. And then the real revolution came. Synthetic leather, made of waterproof polyurethane or polyvinyl chloride, replaced leather, and eliminated the problem of balls gaining weight when wet. Layers of cushioning fabrics were soon added between the bladder and the covering, which was now constructed of twenty hexagonal and twelve pentagonal panels stitched together with polyester cord, ensuring perfect roundness. The 2006 World Cup led to yet another innovation. A ball made of only fourteen thermally bonded panels was introduced, with virtually no seems, improving bounce and accuracy. While I appreciate the science behind these balls, they certainly don’t have the same emotional appeal for me as the deformed, battered leather ball I had to leave behind when we escaped from Hungary in 1956.