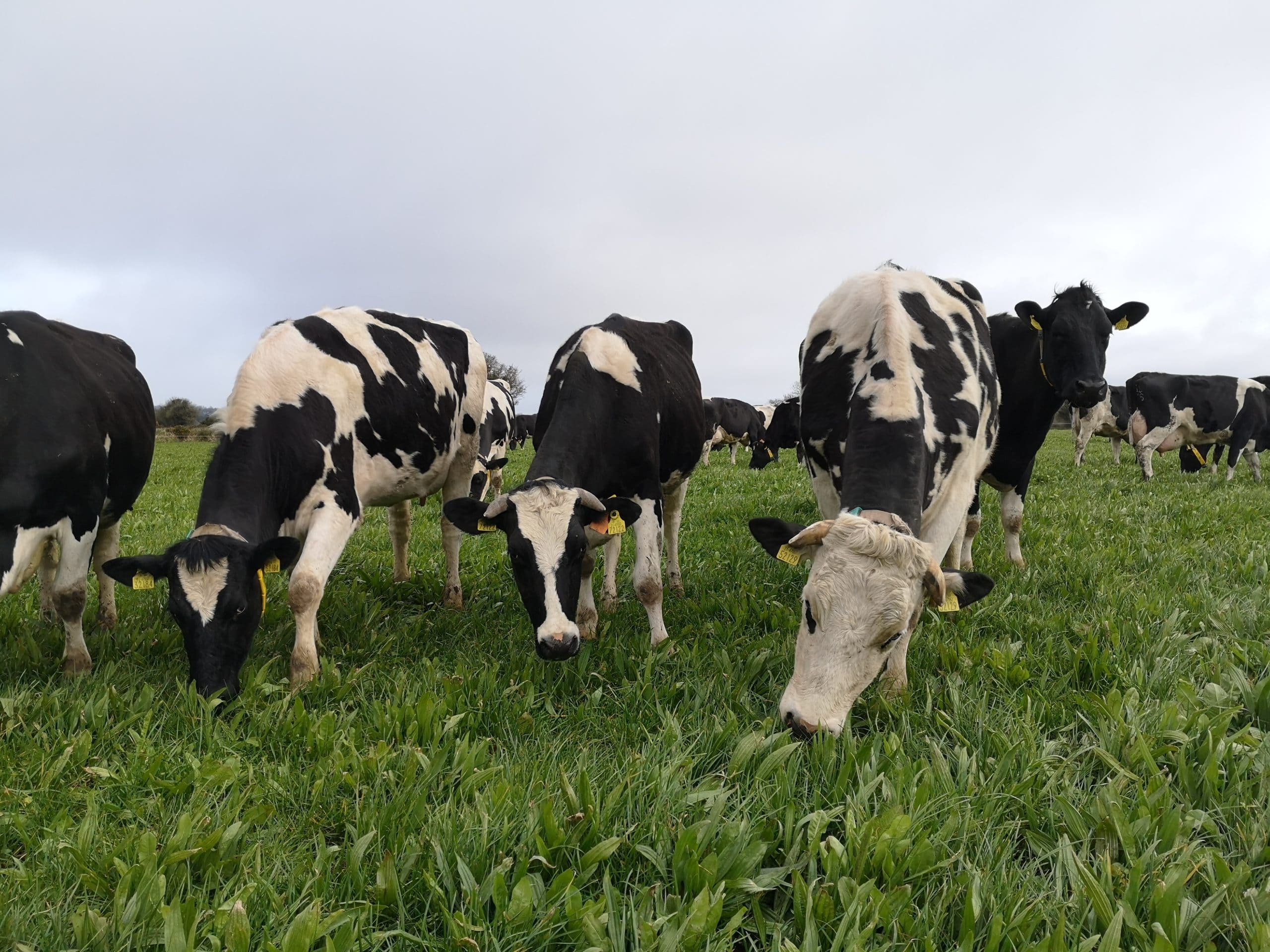 There is increasing interest in multi-species mixtures as a source of high quality forage. This interest is well founded as more and more research from across Europe highlights the production benefits of multi-species mixtures. These benefits include increased animal performance and health, but by far the most pertinent is the ability of such mixtures to produce comparable yields to grass mixtures but with significantly lower nitrogen (N) fertiliser input.

A multi-species mixture is a mixture of forage species with complementary growth habits. The species used typically come from the grass, legume and herb families and each species should bring different traits that will enhance the overall production of the mixture. For example, legumes like red- and white clover can fix between 150 – 250kg N/ha per year of which some can be utilised by other species in the mixture. Combining grasses and clovers is profitable in at least two different ways: 1) It reduces fertilizer costs and 2) It reduces the need for protein concentrates as the protein content of the forage increase. Forage herbs like ribwort plantain and chicory put the icing on the cake not only by adding valuable proteins but also vital minerals for grazing animals.

By using species that have different growth rates production season can be prolonged. While grass species will provide early season growth, legumes and herbs reach maximum growth later in spring when temperatures rise. The strong summer production of legumes and herbs can offset the reduction in grass production often seen at this time. These species also improve drought tolerance of the mixture with chicory and red clover in particular embarking on their deep taproots to extract water from deep soil layers.

There is still much to learn about multi-species mixtures, however initial reports from farmers and scientists suggest they may strike the balance between optimising milk and meat production and reducing its impact on the environment. Next is to look at their stimulating effect on insect biodiversity over pure stands, which naturally should be much better.