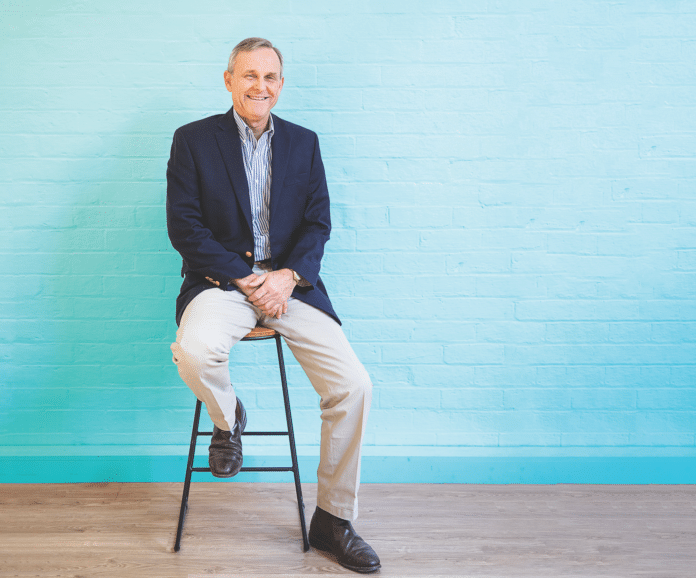 Halfway through his term as International Seed Federation president, Coles reflects on how we have everything to celebrate and nothing to apologize for.

Growing up in this environment led Coles to attend agricultural college and then to travel and work on farms and in seed businesses in New Zealand and Canada. Through these experiences, Coles learned different ways of operating and absorbed the ways in which business owners strategically built their enterprises.

“I also learned that people in the seed business, no matter where they are around the world, are all collegial,” he says. “They are willing to share information and insights with their own.”

In 1980 Coles joined the family company, working in seed production, processing, marketing and sales. While there, he completed a master’s in business administration where he studied how the industry can use intellectual property to support investment decisions.

After getting his MBA, he founded a new wheat breeding company. He was part of the first seed company in Australia to bring in breeding materials from Europe and U.S. The endeavor attracted numerous partners and led to a large and productive new breeding program.

Eventually, Coles also took over his father’s position as managing director of the family business.

“My father had a keen ambition to do something innovative in the seed sector, and I learned from him that long-term commitments in this sector are essential — and also to be bold and not to be afraid to innovate,” Coles says.

The Evolution of the Seed Industry

Innovation isn’t unique to just Coles and his family, however. The seed industry has evolved and changed, almost daily, since he decided to get involved.

“There are so many different areas that demand your attention and therefore it is the perfect industry for a young person who wishes to test their ability to learn across all these disparate activities,” he says. “It also enables a person to move from one discipline to another as they progress in their career. For all these reasons, it drew me in and continues to fascinate me, even after more than 50 years.”

Throughout his career, he watched the seed sector move from a largely commodity business where publicly-funded plant breeding played a central role, to a private investment model where royalties enable equitable remuneration. In addition, expanded breeding techniques and technology has enabled significant consumer and environmental benefits in plants.

Coles was encouraged to serve on the boards of various Australian seed associations, starting as treasurer and secretary of the Seed Merchants Association in 1985 and finishing as president of the Australian Seed Federation in 2018. Today he serves as International Seed Federation (ISF)
president and he is in his second term.

“ISF is the peak body that represents the global seed sector,” he says. “I was keen to accept the offer to be ISF president due to the critical role that ISF plays around the world, including support for the plant breeding community. It also provides me with opportunities to communicate the numerous positive aspects of the seed sector. Anything I can do to correct misinformation is an opportunity not lost on me.”

Even after 25 years in the industry, he’s still passionate about not only producing the best seed but sharing the good news about what scientists are doing. Coles warns the seed sector has suffered 25 years of “fake news.”

“The anti-seed extremists who spread falsehoods about the seed sector are ideologists and not biologists,” he explains. “They have tried to make plant breeding techniques seem unnatural. The reality is that nothing about plant breeding is unnatural. A plant breeder’s role is to give nature a helping hand, but breeders are not trained to explain their vital work to the general public.”

The education gap is, at least partially, in the hands of the seed industry to correct, he adds. “That’s why the personal stories of individuals who work to improve our crops are so important. The public needs to understand that it’s people who do this – not faceless companies.”

People need to realize seed is the source and sustenance for almost all life on the planet, says Coles, and plant breeders are working every day to assist plants to withstand environmental threats.

“They do this by improving resistance to disease, insects, heat, drought [which] therefore [increases] productivity,” he says. “It takes a minimum of 10 years to breed a new variety, so there is no time to waste. Plant breeders need every modern tool at their disposal to give plants a helping hand.

“For this reason, it is important that consumers get the facts and not the fiction.”

Coles says his first year as ISF president was been filled with significant operational challenges, including creating key strategic objectives for 2025 and sifting through how to reorganize ISF to ensure these objectives are met — all during a pandemic.

“I have been utterly amazed at the ability for the ISF team and its many individual committee members to rise to this challenge and achieve so much in so little time,” he notes. “As far as progress is concerned, it almost seems that the pandemic never occurred.”

ISF has always been the voice of the international seed sector, says Coles. Now, it must double down efforts to communicate, consult and address the particular issues faced by the 7,500 seed company members and support the enormous efforts of their national associations to influence governments about regulatory restrictions and more.

Among other goals, ISF will continue to work for regulatory alignment and other systems that smooth the path of seed between countries, building trust among plant protection organizations, he adds.

This year, Coles hopes to finalize the reorganization and further increase support for the ISF advisory committees and the entire team. He says that within the executive, there is a very committed and experienced group, including Vice President Marco van Leeuwen who will take over as president in mid-2022.

After his ISF presidential term is over, Coles will continue to help reorganize, energize and support his industry. At this time, he wishes to take this opportunity to encourage all members of the seed sector to tell their personal stories about their journeys within the sector.

“I believe personal stories are the key to improving the general public’s understanding of the seed sector,” he says. “We need to send the clear message that the seed business is not complicated, it just has many moving parts all the while moving like the sound of a well-tuned orchestra.

“Consumers need to hear from those of us that have nothing other than their best interests at heart. They can also have confidence that over the past 25 years we have delivered significant innovation, productivity and sustainability without a single negative outcome. We have everything to celebrate and nothing to apologize for.”