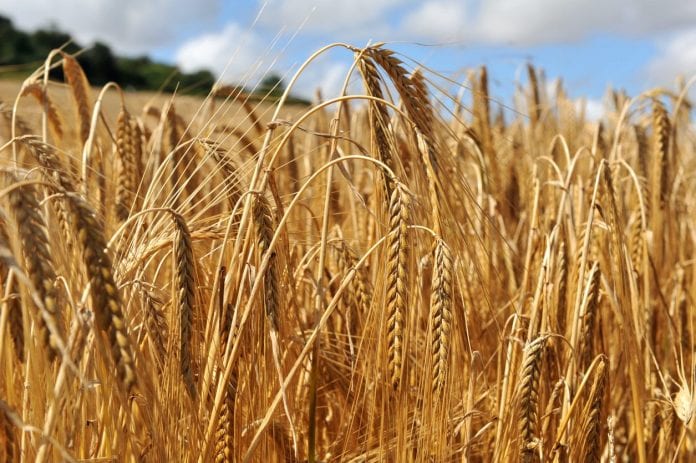 Climate change will increase the burden of crop diseases in some parts of the world and reduce it in others, new research suggests.

As the planet warms, the impact of crop diseases is likely to fall in tropical areas including Brazil, sub-Saharan Africa, India and Southeast Asia.

At higher latitudes (further from the equator), disease risk will grow – with Europe and China “particularly vulnerable”.

Models suggest that rising temperatures will boost yields of most crops at high latitudes, while the tropics will see little or no gains.

The study also finds that the USA, Europe and China are likely to see major changes in the mix of pathogens (diseases) affecting their crops.

“Our previous research has shown that crop pests and pathogens are moving away from the equator, and this new study estimates risks from pathogens in the coming decades.

“Our results show that climate-driven yield gains in temperate regions will be tempered by the increased burden of crop protection.

“Rapid global dissemination by international trade and transport means pathogens are likely to reach all areas in which conditions are suitable for them.”

Infection rates by plant pathogens are strongly determined by conditions including temperature.

Professor Sarah Gurr, a co-author on the study, said the changing pathogen mix in each area could have a major impact.

“Plant-breeding and agrochemical companies focus on particular diseases,” she said.

“In the UK, for example, wheat breeders focus on resistance to Septoria tritici blotch, yellow rust and brown rust – but those threats could change.”

“Agriculture has to plan and prepare for the future – and that future is almost here,” said co-author Thomas Chaloner, a PhD student funded by the South West Biosciences Doctoral Training Partnership (SWBio DTP).

“We have only got a few decades, and crop breeding can take a long time, so we need to think about resistance to pathogens that haven’t arrived yet.

“A lot of pathogens – especially those currently found in tropical areas – are seriously under-researched.

“We need to invest in understanding these diseases, which could become increasingly prevalent in the key crop-growing areas of the world.”

The study was supported by SWBio DTP, the Biotechnology and Biological Sciences Research Council (BBSRC), CIFAR and Utrecht University.