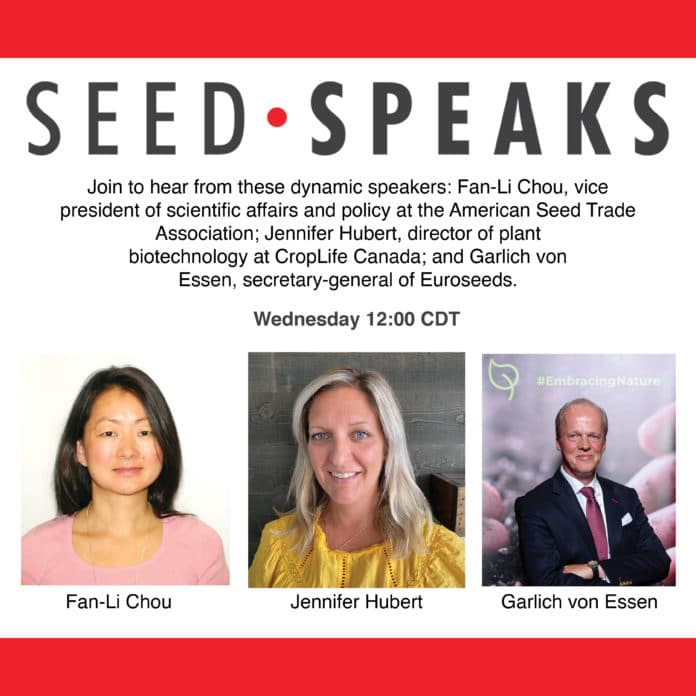 Science is outpacing regulatory agencies around the world, and they’re scrambling to identify, categorize and regulate these new processes. As researchers create new ways to bring technology to the forefront, the response from regulators and consumers has differed greatly across the globe.

Agricultural technology is no different. New breeding techniques (NBTs), such as gene editing, have the potential to create step-change in seed and variety development – if researchers are given the latitude to use it.

From Canada, to Europe, to the United States, each major agricultural producer has taken a different approach to regulating NBTs. Learn more about the technologies themselves, how they’re being regulated and consumer response in this week’s episode of Seed Speaks.

Watch the video to hear from these dynamic speakers: