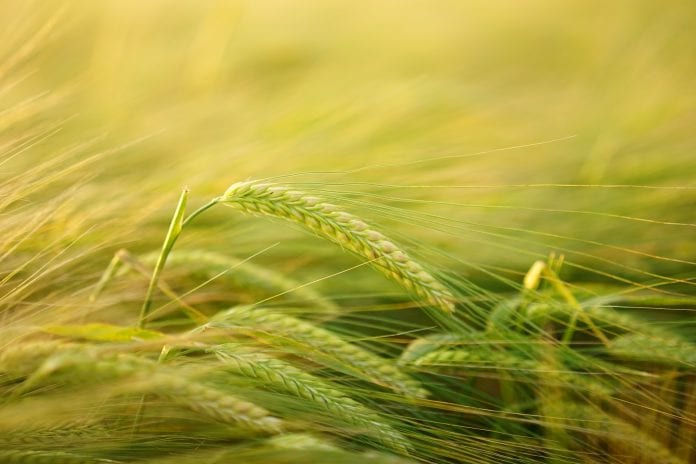 The importance of the root system for agricultural yields is often underestimated. Whether roots can access water and nutrients effectively also determines the resilience of important crops to drought and climate change. Researchers from the Universities of Bonn and Bologna (Italy) have discovered and described a mutant in barley: Its roots grow downwards much more sharply than usual. This discovery potentially provides a starting point for breeding more drought-resistant varieties. The study has now been published in PNAS.

Barley is one of the most important cereals. Its uses range from brewing beer to groats, pearl barley, barley flakes and barley flour. Researchers led by Prof. Dr. Silvio Salvi of the University of Bologna discovered an unusual mutant of barley some time ago: Its roots do not spread sideways as they normally do, but grow straight down. The researchers termed this mutant “hypergravitropic”, meaning that it follows gravity much more strongly than its conspecifics. The teams led by Frank Hochholdinger from the Institute of Crop Science and Resource Conservation (INRES) at the University of Bonn and Prof. Salvi, together with other colleagues, investigated the underlying causes.

The researchers compared the genome of the mutant with barley plants growing normally. They discovered a mutation on chromosome number five, which they named “enhanced gravitropism 2” (egt2), meaning “enhanced orientation to gravity”. The “2” indicates that the team is also working on another study on a similar mutation (egt1). The researchers demonstrated that egt2 is indeed responsible for the vertical growth of the roots by artificially creating such a mutation in normal barley plants using the CRISPR/Cas9 gene scissors. “The result shows a similar appearance of the roots,” reports lead author Dr. Gwendolyn K. Kirschner of the Institute of Crop Science and Resource Conservation (INRES) at the University of Bonn. “This allowed us to prove that we had identified the right gene.”

The researchers grew the small barley plants in germination paper or soil and recorded the root angles using a scanner and special software. They also used resources from Forschungszentrum Jülich: There, the barley was grown in special “flower pots” that fit inside an MRI scanner. Using the magnetic resonance imaging technique, the researchers “looked through” the soil and recorded the growth of the roots in this way.

Plants with the egt2 mutation are far more sensitive to the influence of gravity than normal specimens. The researchers demonstrated this by placing the roots of the barley seedlings at a 90-degree angle to the direction of gravity. “This caused the roots of the mutants to grow significantly more in the direction of gravity than the comparative specimens without this mutation,” says Kirschner.

The mutation does not occur frequently. “Many mutants have shorter or missing roots,” says Hochholdinger. “But mutations with different root angles are a relatively rare find.” In collaboration with researchers from the John Innes Centre in Norwich (UK), the team was able to demonstrate that a very similar mutant also exists in wheat plants. “This shows that the gene is evolutionarily conserved,” Hochholdinger reports. This means that this gene plays a significant role not only in barley, but also in other important cereals. Hochholdinger: “So it’s worth taking a closer look.”

According to the researchers, the discovery of the mutation offers a potential starting point for breeding new varieties. “Steeper roots are advantageous when it comes to tapping into water resources and mobile nutrients at greater depths,” explains Hochholdinger. Conversely, a root system that grows in width penetrates a larger volume of soil and can therefore access nutrients over a larger area and gives the plants better stability. Which root system offers the better conditions for good yields therefore depends on the individual location. In drier regions, this could be steeper roots and in more nutrient-poor areas, it could be the shallower splayed ones.

“Roots have been largely neglected in breeding so far,” Hochholdinger says. But with increased droughts as a result of climate change, the architecture of the root system could be of great importance in the future. Then the mutant with vertical roots could play a role in producing varieties adapted to climate change. The researchers have not yet been able to decipher the exact molecular function of the gene. However, currently the researchers at the University of Bonn are investigating in which signaling pathways the EGT2 protein is involved in.