Seed Speaks: GMO and Organic Heavyweights Discuss the Future of Food and Sustainability 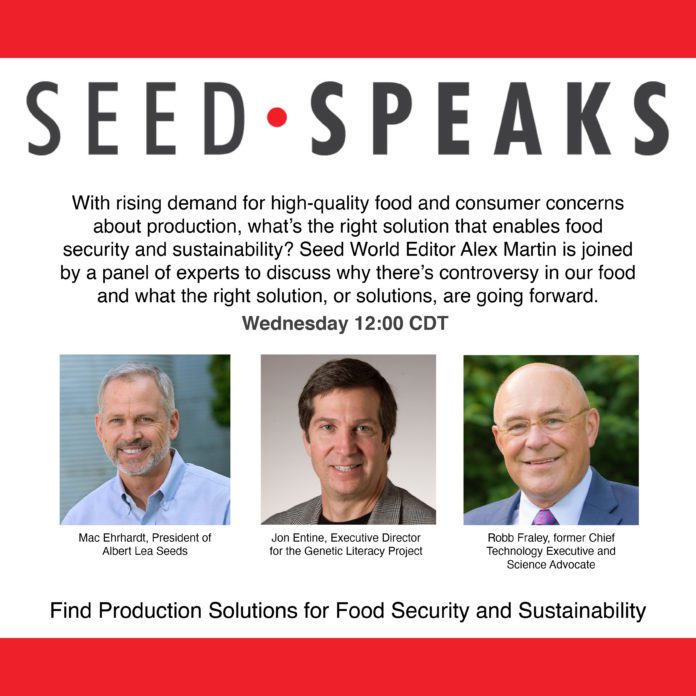 It’s shocking how three letters can stir up controversy – GMO. Biotech, the so-called GMOs, has allowed farmers to advance yields by protecting the crop, improved plant nutritional profiles and the opportunities for the technique are only expanding.

So, how does the seed industry address the controversy that surrounds GMOs? Is there a place in the food sector for both biotech and organic? What does the mix look like and what is the solution for sustainability and food security?

Join Seed World Editor Alex Martin and host of Seed Speaks Sept. 29 at 12:00 CDT to take a deep dive into the controversy, the solutions and how multiple production styles can all work together to achieve goals. She’s joined by:

Watch what’s sure to be a dynamic discussion Wednesday at 12:00 CDT here: