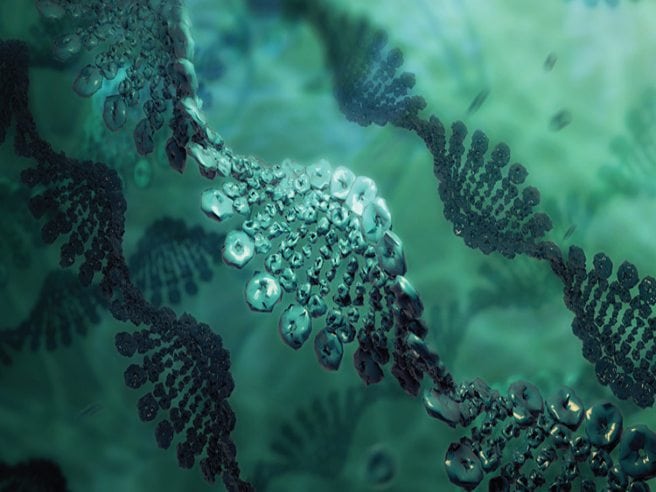 The ultimate aim of plant breeding has always been to make plants resistant to drought and diseases. That could help eliminate hunger around the world. This is no longer a distant thought, thanks to a technology called CRISPR-Cas. Wageningen University & Research (WUR) announced it will provide potential partners with free licenses to work on its patented CRISPR technology. The license must be applied to gene-editing of plants for non-profit applications. “We hope this contributes to healthier, more sustainable, equitable, affordable and resilient food production for all”, says WUR President prof. dr. ir. Louise O. Fresco.

CRISPR-Cas is a technology that enables genetic material to be changed relatively simply, very accurately and efficiently. Worldwide there are over 3.000 CRISPR-Cas related patents, of which WUR also holds several. For five of them (which are jointly owned with Dutch Research Council NWO), WUR decided to provide free licenses. An article in Nature was published right after the announcement.

Why this is unique

“This is really quite unique for CRISPR, in the academic world and beyond,” said Fresco. “As far as we know, we’re among the first to do so regarding CRISPR-technology. We do it, because we simply and firmly believe this is the right thing to do.

Two billion people face inadequate nutrition around the world in 2020. Nearly all of them are also vulnerable to the effects of climate change. So we need a transformation to healthier, more sustainable, equitable, affordable and resilient food systems. This will also take center stage during the UN Food Systems Summit on September 23. CRISPR and other biosciences could accelerate this transformation.

It therefore fits perfectly with the WUR mission: to explore the potential of nature to improve the quality of life. CRISPR, a bacterial defense system to viruses is a great example. A WUR team, led by prof. Van der Oost has been studying it since 2006.”

Potential of CRISPR-Cas in the fight against hunger

Microbiologist prof. dr. John van der Oost is a world leading authority on CRISPR-Cas. He is often described as one of the founding fathers of the technology and he took the initiative to provide free CRISPR licenses. He says: “The potential of CRISPR-Cas cannot be overstated. It is a very versatile technology that could provide new and sustainable ways to feed earth’s growing population. We happily share our knowledge to that end, and hope more patent holders will consider doing the same.”

Dr Mohamed H.A. Hassan, President of the Academy of Science for the Developing World (TWAS) and Chairman of the Governing Council of the United Nations Technology Bank for the Least Developed Countries welcomed the move by Wageningen University & Research: “Providing these free licenses potentially offers immediate solutions to a number of urgent problems in the world: growing food needs and the impact of both climate change and pathogens. I expect non-profit parties, agricultural and food-research institutes in low-income countries to benefit. These institutes are crucial for developing improved food and feed crops and food technology for local farmers and poor consumers. Without this initiative of WUR, they probably would not be able to acquire these licenses.”

“The full potential of this technology can only be achieved through long-term partnerships and capacity building”, says prof. Fresco. “We would like to learn from our future CRISPR partners as well, and build upon their knowledge in return. Together, we could change the way we deal with food security around the world. This is why we are confident about giving away this knowledge, in the spirit of the Open Science movement: to make publicly available what has been funded with public money.

Marcel Levi, Chair of the Dutch Research Council (NWO): “It is fantastic to see where research can lead us. NWO has been involved since 2009 in the development of this revolutionary application of biotechnology, and as a co-patent holder this also makes us a little bit proud today. As a strong supporter of Open Science, we are very pleased that the licenses are being made available to contribute to a better world. This is an example of knowledge that has been developed with public money benefitting society. Science is helping to contribute to solving one of the great issues of our time.”

The announcement was made during the WUR opening ceremony of the academic year (OAY), with ‘Crossing Boundaries’ being this year’s theme. In interviews leading up to the OAY prof. Fresco urged for more serendipity and failure in scientific work: “I envision us bringing together groups of promising scientists without a direct research assignment. The most unorthodox ideas would then be allowed, along with masterful failures. Chance discoveries – of which CRISPR-Cas technology is an example – only come to light when you see them. We need to have the courage to look at reality in different ways.”

Acadian Plant Health Just Got a Nod Under the EU Green Deal. Here’s Why