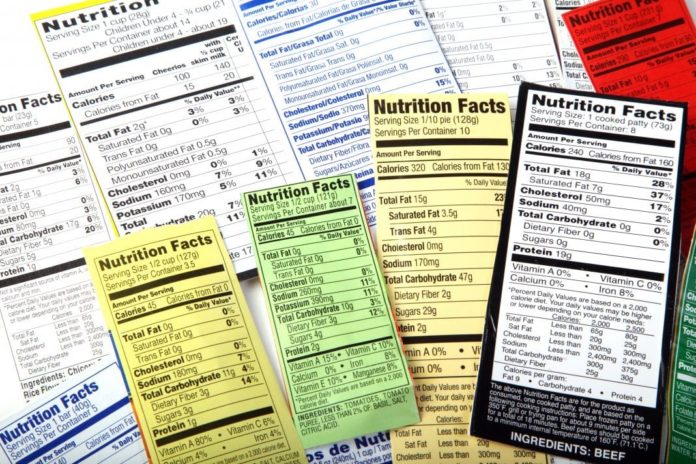 Genetically engineered (GE) products have been under fire since the dawn of their existence, starting with the Flavr Savr tomato. There was a lot of hype when it came to market, but it did not live up to its optimistic press according to Joe Schwarcz, director of McGill University’s Office for Science and Society. Consumers were not happy it did not taste like a freshly picked tomato as advertised, and therefore, consumers have placed mistrust in the products, and due to that, labeling laws have been debated across the globe.

Most notably, in the U.S., a new GE labeling law requiring mandatory labeling of bioengineered foods intended for human consumption that contain more than 5% GMO ingredients will go into effect Jan. 1, 2022.

“We’re still pretty early on,” says Jayson Lusk, head of Purdue University’s Agricultural Economics department. “Most of the research that I’ve seen done is what we call ex-ante — or beforehand — of what we’re projecting will happen.”

Companies have plenty of options to showcase GE ingredients, though, including the USDA’s created bioengineered symbol or even a QR code.

“Our research seems to suggest that most consumers, while not very knowledgeable on the subject, it’s not an issue that’s front of mind for most consumers,” Lusk says. “Nonetheless, if you’ve forced people to make a choice and one product doesn’t have a disclosure and one explicitly mentioned something about GE ingredients, people on average will prefer the one without that disclosure on it.”

Similarly,  Schwarcz notes food ingredients have been in question for a long time.

“People have had questions about whether or not they should be eating foods that contain ingredients that are multisyllabic,” he says. As an example, Schwarcz mentions that the ingredient beta-D-Fructofuranosyl alpha-D-glucopyranoside might have an intimidating name … but is actually just another term for sugar.

However, Schwarcz says the panic is fading over GMOs.

“The biggest problem we face is that people don’t know what GMOs are, so it’s easy to avoid because it just sounds like it something that should be avoided,” he says. “Because, why else would you put a label ‘non-GMO’ on a product? Scientific illiteracy is the poison of our world today and it’s undermining public trust in science.”

Nutrition is another major player when it comes to consumer choice in grocery stores. But according to Schwarcz, GMO foods cannot be nutritionally inequivalent to their non-GMO counterpart. The real question, he says, comes down to whether or not there’s any enhanced nutrition.

“In some cases, the answer can be decided yes, like Golden Rice for example,” Schwarcz says. “There are about a million children every year who go blind or experience severe difficulties because of a lack of vitamin A in their diet and beta carotene is in short supply in most of the foods they eat.”

While there were problems with the Golden Rice at first, today there’s enough beta carotene in Golden Rice to make a difference.

“Much of the concern comes from the anti-GMOs who suggest that GMOs poison the public,” Schwarcz says. “What it’s really going to do is reduce deaths and reduce blindness.”

In the future, Schwarcz believes that GMOs could even be used to re-engineer different consumer favorite foods, like combining the health benefits of broccoli with potatoes.

“The safety of a substance has nothing to do with its ancestry or the way it was manufactured,” he says. “What it has to do with is what we know about it. “

When it comes to labeling and the consumer, Lusk says labels like the Non-GMO Project have significant impact on the consumer choice.

“Based on the consumer research we’ve done, people like the butterfly non-GMO label,” Lusk says. “It’s impactful. In fact, it often has as big an impact as an organic label, to the point where organic organizations are coming out with arguments that organic is non-GMO and more, because consumers were conflating those two things.”

But, in the end, Lusk thinks that companies can use this mandatory GE labeling to their advantage.

“An argument an advocate for labels would make is it empowers consumers to make choices and expands the opportunity set for consumers,” he says. “That has some value. As an educator, we want to make sure we do the best we can and let people make choices with the best available information.”

His suggestion? With QR codes, which can be used to disclose GE ingredients, there’s opportunity to provide additional information.

“Looking back in the past, there haven’t been food manufacturers that were willing to come out and say we use GE ingredients, and we’re proud of it,” Lusk says. “There are a lot of really good, positive messages that can be made using the label as a promotional device.”

Schwarcz agrees — half the battle with GMOs that has plagued the industry is because consumers don’t see the benefit.

“Obviously, a farmer will see the benefit growing GE canola if they get a 10% better yield,” he says. “But, if you stop someone on the street corner and ask them what canola is, they might not know if you hunt it, fish it or grow it.”

Once consumers start seeing the benefits to GE ingredients, then Schwarcz believes we’ll get over the hump of resistance.

It’s Not Business, it’s Personal: Why Relationships Matter at Work

Are You Investing in Young Leaders? Find Out Why You Should on Seed Speaks