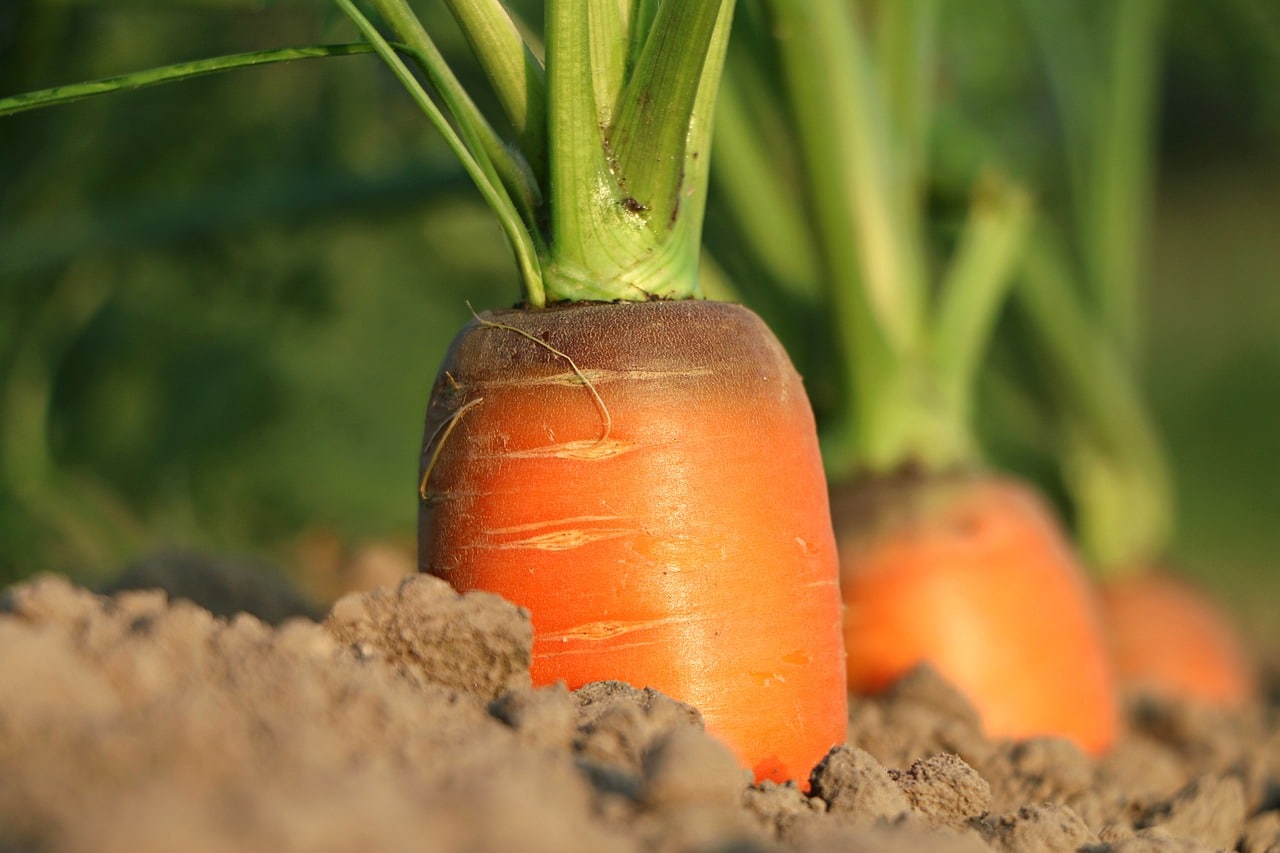 Remember Bugs Bunny’s classic question, “What’s up Doc?” I’ll tell you what’s up. Carrot consumption! Why? Because those polyethylene-bagged cute little baby carrots are extremely appealing. No peeling, no washing, ready to eat. Office workers are snacking on them, TV viewers are reaching for them, and they’re even showing up in children’s lunchboxes. That’s just great, since studies about the benefits of carrots just keep rolling in. Harvard researchers, for example, recently found a strong inverse relationship between diets rich in carrots and the incidence of stroke. Women who ate five or more servings of carrots weekly had a 68 per cent lower risk. When 124 lung cancer patients who were not regular smokers were compared with 235 controls in terms of what they ate, carrots were seen to offer the best protection against the disease. But now some consumers are having second thoughts about eating baby carrots because of some Internet drivel being spread around.

To start with, where do these babies come from? What is their lineage? Well, that depends. Some baby carrots are just that. They’re pulled out of the ground when they are still small, before they develop a woody taste. But the majority of the tiny carrots we snack on are not baby carrots at all, but “baby-cut carrots.” The parents of these babies could be said to be a cutting machine and a peeling machine. They actually start out life as fully grown carrots but end up being cut into 5 cm long pieces before being fed into a machine that grates off the outer layer and rounds off the ends. The process was the brainchild of Mike Yurosek, a California farmer who got tired of consigning carrots to feed for pigs and cows because they were too misshapen to sell to consumers. In some cases, two thirds of a crop ended up as animal feed. So Yurosek devised a way to salvage the ugly carrots by cutting and reshaping them into the charming baby carrots. Beast to beauty, as it were. Not only did Yurosek manage to make three little carrots out of one big one, he also managed to triple the price at the same time. Now, that is good business.

The largest carrot grower in the U.S is Grimmway, producing nine million pounds of carrots a day from 35,000 planted acres. Company officials noted Yurosek’s success and recognized the potential of increasing profits by cutting carrots. So, they decided to buy out Yurosek and Grimmway quickly became the largest producer of baby-cut carrots. No longer were deformed carrots condemned to be eaten by pigs, they ended up in people’s mouths. Consumers flocked to buy the little baby carrots that could be eaten straight out of the bag without a need for peeling. And as is often the case these days, when a product becomes popular, the Internet quacks decide to throw a monkey wrench into the works.

Those little carrots are poisoning us, they scream! The “proof” is the white discoloration that often taints their appearance! This, they say, is the “toxic” chlorine that was used to wash the little guys, now emerging from its hiding place. Humbug!  While it is true that sometimes the carrots are rinsed in a dilute solution of chlorine or chlorine dioxide in order to do away with bacteria, the process has nothing to do with the white discoloration, known in the trade as “carrot blush.” This is the result of two separate factors. Moisture loss from the surface of the carrot roughens the surface and causes light to be scattered, giving a white appearance. This can be reversed by moistening the carrot. Blush can also occur when abrasion damages cells on the surface releasing an enzyme (phenylalanine ammonia-lyase, if you must know) that causes small molecules called phenols to join together to form lignin, an important structural substance in plants. It too scatters light and gives a white appearance. This is not reversible. Neither of these whitening effects has anything to do with the safety of eating a carrot.

So, is there any safety issue at all? Rare allergies do occur. A 37-year-old man, for example, reported weakness in the legs, generalized itching and a change in his voice 20 minutes after drinking a glass of carrot juice. He claimed that this had happened on two previous occasions. Adrenalin and steroids were needed to treat the problem. Generally, though, even people who are allergic to raw carrots can readily tolerate cooked ones. Other problems are even more rare. In a fascinating report, an article in The British Journal of Addiction describes the case of three patients who suffered withdrawal symptoms when they tried to give up eating carrots. Apparently one of them, a 40-year-old man, ate about five bunches a day in an attempt to give up smoking. But when his skin turned orange, he decided he better give up the carrots as well. He couldn’t! He became very irritable when the carrots were taken away. Interestingly, carrots do contain a psychoactive compound called “myristicin,” which may explain the addiction in this case. Of course, most people do not eat enough carrots to experience this effect, although undoubtedly some have given it a valiant effort.

Sonja Begemann - December 29, 2021 0
Miss catching up on the European Seed's Giant Views column this past year? We've gathered them in one easy spot so you can digest...