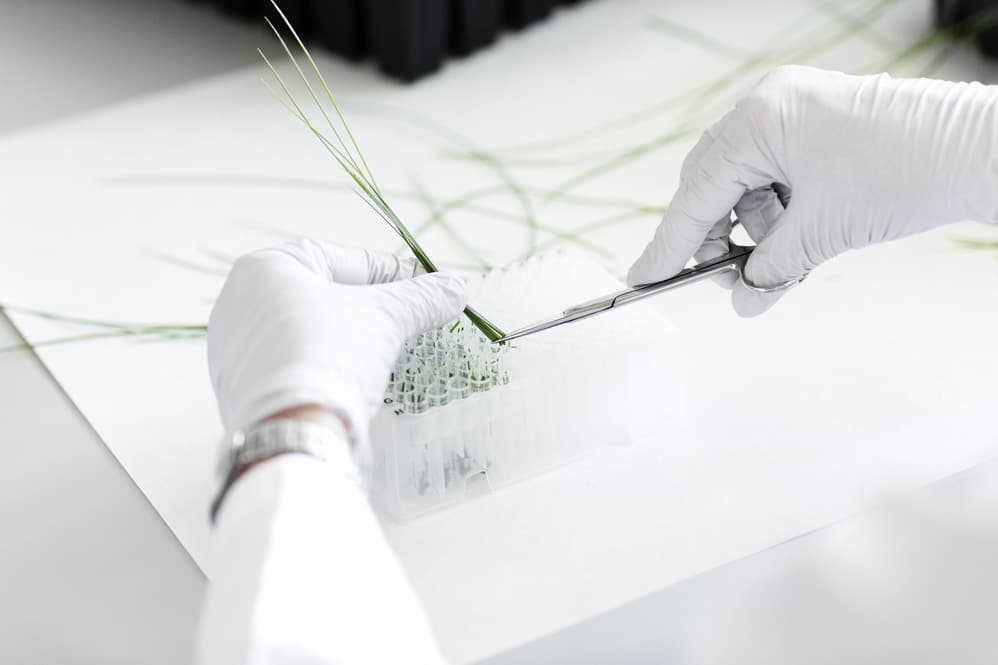 Many professionals in plant business are familiar with the recent introduction of a technology, called “genome editing”, which has the potential to change breeding dramatically. The most commonly used genome editor is the Crispr/CAS system. Crispr/CAS can make a mutation at specific positions in any plants’ DNA, which may result in a better trait. In nature, mutations are induced all the time. Over thousands of years this is what has created the variation upon which we build all new varieties today. But not all mutations are easily detected.

The problem is that most mutations with a positive effect are ‘silent’ because the plant contains another gene copy, which renders the altered function of the mutated gene invisible. The only way to discover the mutation is then to sequence the gene(s) behind the trait in thousands, if not millions, of individuals. In the past and even today researchers accelerated the induction of mutations in plants by treating seeds either with chemicals or radiation. While this indeed created many more mutations in each plant, not all of them are beneficial, and years of backcrossing into elite material is normally needed to remove all unwanted mutations.

This is why plant researchers and breeders find genome editing so appealing:

Does the system work in grasses? Yes, it does, and currently DLF and other breeding companies and universities are exploring the options to utilize Crispr/CAS to improve yield and quality in grasses, alfalfa, cereals, and potato. The activities are part of a major Danish project called ReTraQue, which received financial support from the Innovation Fund Denmark. Improved yield can be obtained by mutating genes in the photosynthetic system and improved forage quality can be obtained by reducing the effect of genes responsible for lignin production in stems and leaves.

Sadly, no variety created by this method will likely benefit Europeans in the near future as they are regarded as GMOs according to EU’s biotech directive of 1998. Deregulation of a GMO is extremely expensive and in reality, a showstopper for all commercialization within EU. It would have been so good for the breeding companies, the end-users, and the climate – if the situation was different.
In this regard it is fully understandable that this particular rule is one the UK is prepared to abandon soon post Brexit. So, EU – please wake up and let us start creating our own golden grass mutations instead of searching in vain for mutations in years to come just to comply with an outdated directive. We can wait no longer!

Seed Production is a Planning Game

The Epic Turf Game: Battling Drought at all Levels