Disease control is a greater challenge for many turf managers as they seek to reduce pesticide use while wanting to deliver the best playing quality and visual appearance. Grass on stadiums and training facilities are pushed to the limit due to challenging growth conditions and lots of wear. Anything that can damage the pitch is therefore a threat.

That’s why it’s important to choose grasses with the highest tolerance to diseases. On national variety lists in Europe, grasses are evaluated for disease tolerance if there is a natural attack. However, there is no guarantee an evaluation is made for disease tolerance, especially diseases that are less frequent or require other growth conditions than those present at the test sites. Sports pitches are often managed much more intensively than the test sites and the growth conditions are much more challenging. Furthermore, there is no uniform infection of the test area, which means that not all the varieties are being evaluated for disease.

Red thread, rust and Microdochium  patch are diseases that occur frequently at the test sites. Evaluations demonstrate a clear difference between species and among varieties within species.

Top football is an all-year round sport except for a short match-free summer period, where renovations of stadiums and training grounds are often done by establishing a new grass surface. The pitch renovation is a crucial point for the groundsmen, as they want a speedy pitch establishment, and there are no second chances when doing a renovation. There is only one bullet in the chamber.

As climate change brings more hot and humid weather especially in the summer, the severity and geographic range of fungal diseases are increasing. This is something that groundsmen in Europe are currently experiencing also during summer renovation. During summertime one disease, Brown patch, in particular needs special attention in order to avoid being caught by any unpleasant surprises and a risk of losing the entire pitch.
Brown patch is a turfgrass foliar disease caused by Rhizoctonia  spp. The fungus can attack all cool season turfgrasses, but is most devastating to perennial ryegrass, bentgrass and tall fescue. We have seen examples that Brown patch has caused serious damage in connection with summer renovations of sports pitches i.e., in the UK. In the worst-case scenario, all grass on the new established pitch can be lost and sowing must be repeated which postpones the time at which the pitch is ready to play. Unfortunately, this new disease is not evaluated in the national tests around Europe. Fortunately screening for brown patch outside the national lists demonstrate clear differences in tolerance among perennial ryegrass varieties.

As seed suppliers we are obliged to take these challenges of tomorrow seriously and offer solutions that provide turf managers with the most Brown patch tolerant varieties in order to have an increased peace of mind during summer renovation and reduce the reliance on fungicides. 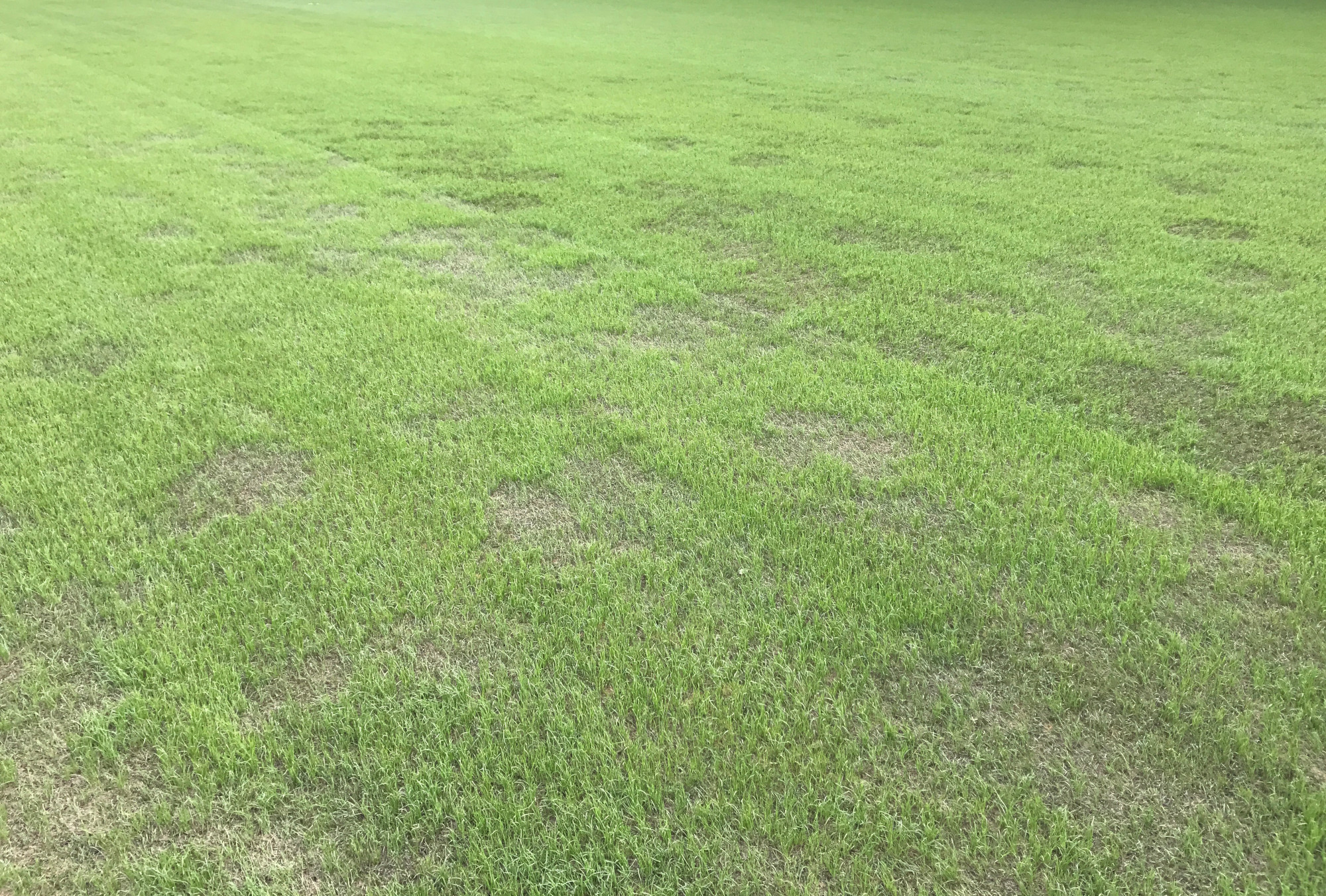 The Road to More Sustainable Birdies and Eagles