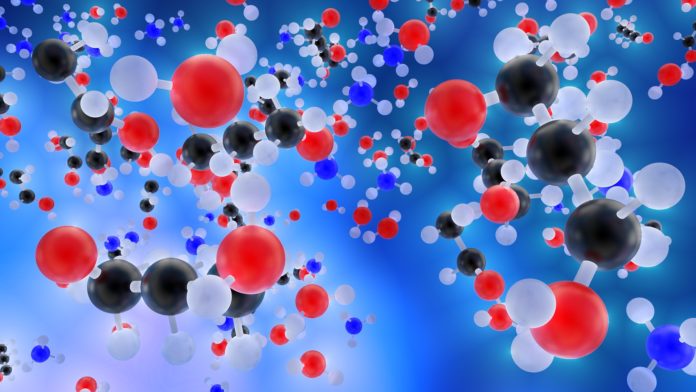 New molecules, bacteria and organisms are commonly named after their parts or the institute or people that found them. John Innes Centre research scientist Guy Polturak took a different approach when he and colleagues discovered a previously unknown molecule in wheat belonging to the class of molecules called triterpenes.

The molecule, ‘Ellarinacin’, is named after Polturak’s two children— Ella and Ari.

“Novel molecules are often named after the institute or plant species in which they were discovered, so it’s a great honor for me to be able to do this. My children are avid wheat fans, particularly Weetabix, so I thought naming a wheat molecule after them would be appropriate,” explained Polturak in a news release. “When I told them, I started by explaining what a molecule is and I lost them there a bit. My son who is a bit older was quite excited, but my daughter could not care less! But they will always have this … these things last longer than I will.”

The detection of Ellarinacin is part of the ongoing research from the Osbourn group. Previously, they discovered that genes encoding various exotic and possibly useful plant chemistry seem to bunch on the genome like beads attached to string. While these biosynthetic gene clusters have been found in cereal crops such as rice and oats, no such gene clusters had been identified in wheat until recently.

The Osbourn and Uauy research groups joined forces in the recent study to discover that six biosynthetic gene clusters are activated when the plant is invaded by disease-causing microbes. Through transient expression, researchers assessed combinations of the genes and proved that the clusters encode varying sets of molecules, such as triterpenes, diterpenes and flavonoids, some which might have potential benefits for crop protection.

“We can assume these molecules increase tolerance to a broad-spectrum of plant pathogens, because such chemicals tend not to be pathogen-specific,” explained Polturak. “The big challenge now is to understand what these different molecules do and how each pathway contributes to the defense response in wheat. Any new molecules that have a certain bioactivity could also serve as potential leads for the development of new disease control solutions.”

The Osbourn group’s research is far from over, as they continue to identify and characterize gene clusters in wheat.

Enhanced Traits in UK-Bred Wheat in Near Future

Pump it Up! Higher Protein Wheat in Reach

Ruth Mayes Walks Through the Ins and Outs of Machine Learning