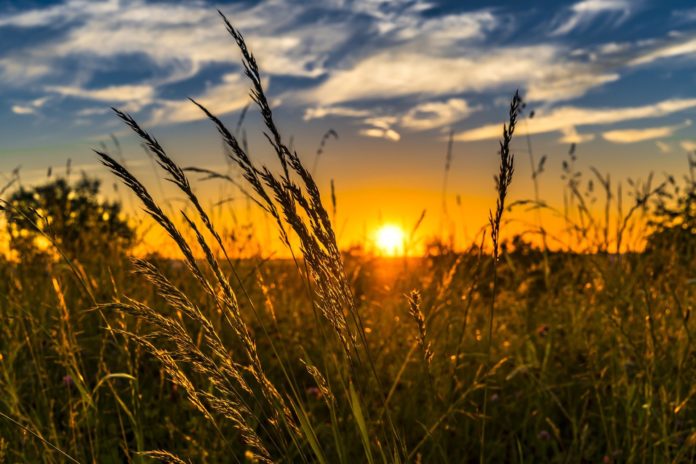 Wheat is a staple crop that provides 20% of the world population’s caloric and human protein intake. Although wheat is essential for human and livestock diets, these plants are continuously preyed upon by insect herbivores which often cause severe damage and result in significant losses in yield. Furthermore, the gradual increase in global temperatures has promoted the expansion of pest populations to new regions as well as their reproduction rate.

“It is of the utmost importance to rigorously explore natural plant defense mechanisms and traits, which we could breed back into cultivated wheat to protect them against insects, instead of using harmful pesticides, which do not even work that well,” says Prof. Vered Tzin of the French Associates Institutes for Agriculture and Biotechnology of Drylands, one of the Jacob Blaustein Institutes for Desert Research at Ben-Gurion University of the Negev. She holds the Sonnenfeldt-Goldman Career Development Chair for Desert Research and is a member of the Goldman-Sonnenfeldt School of Sustainability and Climate Change.

One of the most serious threats to wheat are aphids, tiny insects which suck out the wheat’s nutrients and also introduce deadly plant viruses. There are about 5,000 different species of aphids all over the world.

Wild wheat has at least two defense methods against insect pests, Prof. Tzin has discovered. She studies the wild emmer wheat which has long been found in the Fertile Crescent and is a progenitor of both durum (pasta) and bread wheat.

First, wild wheat has a coating of “hairs” that prevent insects from finding a place to burrow into the stalk. This could potentially be bred back into cultivated wheat to protect it.

Second, wheat produces a poison – a phytochemical called benzoxazinoid – that discourages bugs from eating the wheat.

PhD student, Zhaniya Batyrshina from the Tzin lab, is the first to have isolated the gene that controls the production of this poison.

“Now that we know which gene controls its production, we can generate improved cultivated wheat with the same self defense capabilities,” explains Prof. Tzin.

“Wheat is an essential staple for so many and we must do all we can to safeguard this critical crop from loss by insects and disease,” says Prof. Tzin.

Additional researchers included her students, Reut Shavit, Anuradha Singh and Beery Yaakov, as well as Samuel Bocobza of the Volcani Center, Hanan Sela from University of Haifa, and Brian Dilkes from Purdue University.

This research is supported by the Israel Science Foundation (Grant. No. 329/20), and the Binational Agricultural Research and Development (BARD) Fund (IS-5092-18R). Reut Shavit was awarded a scholarship from the Israel Ministry of Science and Technology.

Source: Ben-Gurion University Of The Negev