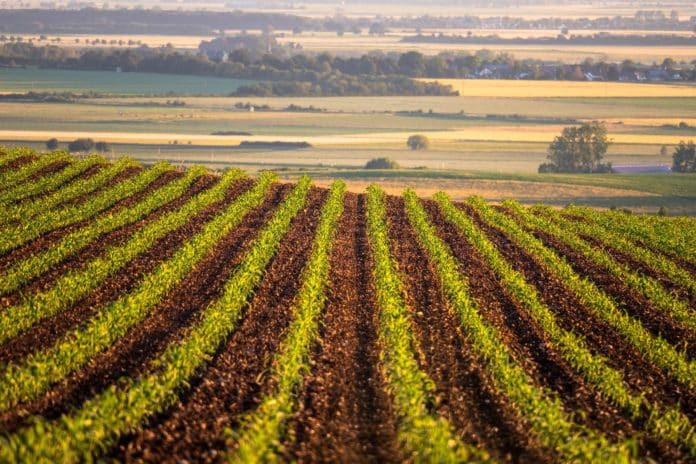 Last week, two experts on agronomy shared insights into the effects of abiotic stressors during pollination on the latest episode of Seed Speaks.

Corn, soybeans and canola have entered the critical reproductive phase where the production of corn grain, soybean pods and canola kernels will be determined. If it’s really hot or the crop is under other stress, it can negatively affect reproduction. With rising temperatures and crushing heat waves, it is essential for farmers to understand how to approach these stressors to save their crop and yield.

Tom Koch, research manager at Beck’s Hybrids, and Wayne Fithian, agronomy manager at Rob-See-Co, shared what stressors they have seen so far this season. While storms through the Corn Belt and hot conditions have impacted crops, this season hasn’t seen anything out of the ordinary, according to Koch.

“One of the big stressors we saw were a lot of storms going through the Corn Belt here in the U.S.,” explains Koch. “We’ve gotten plenty of rain around pollination time, but leading into pollination, it may be a little short. So, just your typical environmental stressors. I don’t think it’s been a crazy year.”

The biggest factor that concerns Fithian is the delayed planting dates. In the May Crop Progress report from the USDA, 49% of corn was planted, compared to the previous five-year average of 67%. And 14% of planted corn had emerged.

“One of the things that happened to a lot of people in the Corn Belt this year is that we got off to a slow start in terms of planting dates, and that can be a stressor in itself. Both corn and soybeans are a little bit out of the norm in terms of their growth stage relative to temperatures and daytime length, so that’s altered the growth rate,” he says. “They had to grow faster to catch up and that means the factory runs a little bit less. They make less sugar, so that can certainly be a yield limitation.”

While the eastern Corn Belt has received rainfall, the western Corn Belt is quite dry, and becomes progressively more dry in the High Plains area of the far western Corn Belt. Signs of drought include a reduction in height, lower ear placement and leaf burn, shares Fithian. Additional signs such as “poor pollination, scattered fill in the grain or even lack of pollination in general, especially on inbreds for inbred production fields,” could be indicators of harm from abiotic stressors, adds Koch.

The silent killer for corn with intense heat is wind.

“Wind is one of those things you don’t necessarily directly think about when you think of heat. But anytime you have really hot, humid days, you tend to get stronger storms. More severe storms tend to hit right around July, around that rapid growth period of the corn,” explains Koch. “It’s sort of a side effect of the heat, but the heat can lead into strong storms, which does cause some issues with green snap with lodging.

“As a breeder, that’s great. I love it. I’d rather see it in my field than in a farmer’s field so I can sort it out. Hopefully by the time it gets to the farmer’s field, we’ve already sorted out the weaker rooted or the green snap susceptible, but that’s always a risk,” he continues. “You get high heat, high storms and all the associated problems with that.”

The Future of Tackling Abiotic Stressors

“We now have multiple approaches to improving corn’s tolerance to drought faster, or more completely, than we can with just the use of traditional breeding techniques. The really neat thing is that there are a lot of nice genes that are heritable, and that we can move and sort and bring forward; some of them natural to the corn crop and some of them from other sources,” says Fithian.

As a breeder, Koch has seen firsthand the developments that have taken place over the past few years.

“We’ve become much more resilient to stressors, mainly because we’ve seen the stressors during the season. And that’s just through natural breeding and natural selection. You top that off with some of the different biotech technologies, and even in the future getting into gene editing, we may even be able to have more promise of improved tolerance. But as a breeder, they say you can only improve what you can select for, and the past couple of years we’ve definitely been able to select for some heat, select for some drought, so it has absolutely increased our genetics and the genic potential is certainly improved,” concludes Koch.

How to Manage Abiotic Stresses During Pollination

To Spray or Not to Spray as Production Costs Rise

It’s Not Business, it’s Personal: Why Relationships Matter at Work