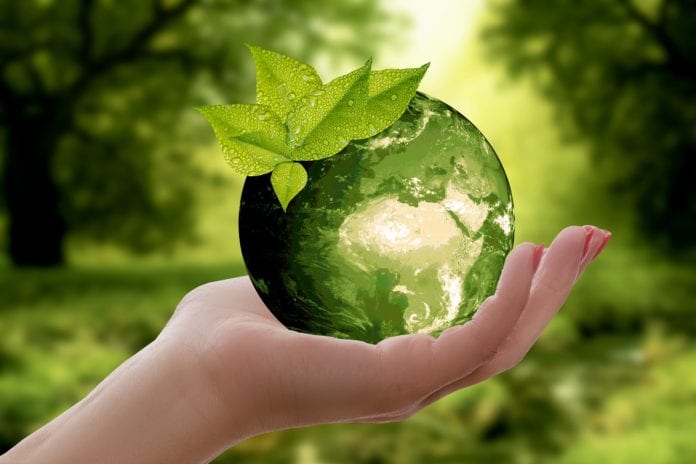 Plans of the Czech EU Presidency

As the world’s population continues to grow, much more effort and innovation is urgently needed to increase agricultural production, improve global supply chains, reduce food loss and waste, and ensure access to nutritious food. The EU and its Member States can make an important contribution to global action to alleviate the immediate humanitarian needs caused by food crises in vulnerable countries.

Although food security in the EU is not directly threatened, the European Union is undoubtedly going through a very complicated period. The lingering effects of COVID-19 are escalated by the current geopolitical situation, which has led to price shocks on world food markets, energy and fertiliser markets, in some cases leading to shortages of these commodities or other raw materials. At a time of rising inflation, the provision of affordable food is also becoming an increasing challenge for EU Member States.

In many regions, climate change may take the form not only of droughts, significant temperature fluctuations, but also of heavy rains, new diseases and pests, etc. Nor should the current Ukraine crisis divert the EU’s focus from addressing this climate challenge, biodiversity loss and the sustainability of food systems. The Green Deal and the Farm to Fork strategy therefore remain the EU’s roadmap.

In the current context, the Czech EU Presidency has set several priorities in the field of agriculture, both in terms of food security and continuing the trend towards sustainability and biodiversity conservation. The seed sector and the breeding of new varieties play an important role in both these areas.

Certified propagating material is a fundamental intensifying factor in crop production, the basis of a process that results in healthy, high-quality food for all. It is therefore important to ensure the competitiveness of certified seeds, which are guaranteed to be traceable and guarantee food safety for human consumption. Support for this sector is also important to ensure self-sufficiency in the production of a wide range of seeds and seedlings for production crops, but also to ensure a return on the investment in breeding new modern varieties.

In this respect, mention may be made of the results of a study carried out by the Community Plant Variety Office and the European Union Intellectual Property Office on the importance of the Community plant variety rights system. The study shows that, in the environmental field, the variety protection system, and hence new varieties, contribute to reducing greenhouse gas emissions from agriculture and horticulture, as well as to reducing water consumption in these sectors. At the same time, the study shows that the Community plant variety rights system also has economic benefits for the EU economy. It contributes to the growth of EU agricultural production, in particular, the breeding and innovation of plant varieties supported by the scheme. Last, but not least, increasing employment and protecting investment in variety and process innovation by large, medium and small companies and breeders is also an important aspect.

During the Czech Presidency, the preparation of revised legislation on the marketing of seeds and planting stock, certification of propagating material of regulated plant species and registration of varieties is continuing. Given the current emergency situation, it is expected that the proposal will not be presented until early 2023.

This is a long-term issue, although not directly related to the Czech Presidency, but which concerns the seed sector and needs to be addressed, is the banning of certain active substances of plant protection products for agricultural practice, especially if there is no adequate substitute for seed treatment. The removal of the possibility of effective seed treatment for field crops and vegetables may not only cause a decline in the production of some of them but may lead to an increase in the consumption of foliar sprays, hence an increase in the environmental burden and costs for producers. Especially for some crops such as peas, soybeans, poppy, without active seed treatments (pickling), the area under cultivation may decrease.

That is why, during the Czech Presidency, priority discussions are continuing on the proposal for a regulation on the sustainable use of pesticides, the optimal use of which is one of the important elements for environmental protection. At the heart of the negotiations at European level during the CZ PRES is an agreement on reducing pesticide use across the EU. The European Commission’s basic proposal is a requirement to reduce pesticide consumption by 50 per cent by 2030 in line with the Farm to Fork Strategy. For the Czech Republic, along with the environmental aspect, it is essential to maintain sustainable agricultural production and to ensure sufficient quality and safe food for consumers.

Phytosanitary issues also permeate the entire seed sector. The Czech Presidency has taken over from its French predecessors on, among other things, the issue of the new phytosanitary passport system. The aim of the Czech Presidency is to harmonise this system so that each link in the production chain is minimally burdened financially while maximising the benefits, which include the traceability of plants with phytosanitary problems, the traceability of the origin of outbreaks of harmful organisms and the rapid identification of plant passports.

Furthermore, the Czech Republic supports the idea of putting all requirements for reproductive material relating to regulated non-quarantine harmful organisms (not only phytosanitary requirements) into one piece of legislation.

For the successful implementation of both the Green Deal and Farm to Fork strategies, the creation of new flexible, resistant and efficient varieties is a necessity. Climate change and changing growing conditions are beginning to place high demands on the adaptation of species and varieties. They are forcing farmers to take different measures quite quickly to ensure a satisfactory harvest. In addition, there is increasing pressure from society to reduce the use of chemical fertilisers and pesticides. Sufficient production of healthy food at reasonable prices is another reason for the need for innovation in crop breeding.

As already stated, current science has modern tools in the field of breeding, known as new genomic techniques, which could speed up the process of creating new varieties. However, current European legislation does not sufficiently support their research and practical use at European level. These new methods are developing rapidly, and many new companies are being set up to deal with them, but unfortunately most of them are in non-EU countries.

What is important, however, is that today even the European Union has realised that it cannot remain aloof from this trend. The risk of a loss of competitiveness, of an outflow of intellectual potential and, therefore, of economic decline, is too great. Studies commissioned by the European Commission in the field of new genomic techniques show, moreover, that these techniques and the crops produced by them have the potential to have a positive impact on food and feed security, sustainable agriculture, biodiversity and food systems, as defined in the European strategies.

Given the EU’s long-standing position, there are concerns about the safety of products obtained through new genomic techniques and the environmental impacts, and concerns about future coexistence with organic farming. Many other challenges will also need to be addressed regarding consumers’ rights to information, freedom of choice, etc. However, the European Food Safety Authority (EFSA) concluded in its summary that varieties obtained by new genomic techniques carry essentially the same risk profile as plant varieties produced by breeding, which we classify as conventional. The advantage of new genomic techniques, on the other hand, may be that, unlike older ‘inexact’ methods, changes are made to the plant genome in a deliberate, targeted and more precise manner. Therefore, we can better assess and take responsibility for these changes and any risks.

The benefits of these techniques for the EU’s green strategy can certainly be environmental, health and economic, but ultimately also socio-political. So far, scientists are only hinting at their potential.

Bioengineering in general, the new genomic techniques and the most widely used CRISPR/Cas system are of course also finding applications in fields other than agriculture. In fact, plant breeding represents only a small percentage of the total use of these modern methods.

For example, new genomic techniques can be used to breed herbicide-resistant, pest-resistant, virus-resistant, fungus-resistant, air-nitrogen-fixing plants. They can thus help to minimize agricultural inputs (water, fertilizers, mechanization) and the use of pesticides and herbicides. Growing such plants will reduce negative environmental impacts (e.g., reduction of residue deposition in the soil).

Breeding and cultivating plants with increased tolerance to drought, higher or lower temperatures and their fluctuations, salinization of the soil, or earlier or longer flowering times, for example, helps to cope successfully with climate change and other unfavourable agro-climatic conditions for growing certain plants. It also contributes to water conservation and higher and more stable food production on increasingly valuable agricultural land.

BENEFIT TO EU GROWERS AND CONSUMERS

NGTs are also a possible solution to the long-term underproduction of protein feed in the EU. The EU imports up to 80 per cent of its high protein feed (soya) from third countries (USA, Brazil, Argentina). The EU has not yet authorised the cultivation of any GM soya but is dependent on these imports.

The Czech Republic supports the initiative to create a new legal framework that would ensure legal certainty for all stakeholders on the European market while not lowering European food safety standards. The Czech Republic maintains continuity in its position regarding the maintenance of the breeding exemption for plant varieties obtained through essentially biological breeding processes, based on the International Convention UPOV (International Union for the Protection of New Varieties of Plants) and European Regulation 2100/94. Currently, expert meetings are being held at national level to discuss further developments in this matter.

In any case, the Czech Republic wants to facilitate a thorough discussion on this topic during the Czech Presidency and is therefore organising an international scientific conference “European Agri-Food Sustainability & Innovation” in Prague (28-29 November 2022), where, among other things, the issue of new genomic techniques will be discussed.

Editor’s Note: Zdeněk Trnka is Director of the Department of Plant Commodities of Ministry of Agriculture of the Czech Republic

Read More from the November Issue:

How to Optimize Crop Protection and Maintain Yields

Navigating through the EU Funding Maze

PILTON: For Fast-Track Breeding, The Way Must Be Paved

New EU Legislation Must be Led by Facts