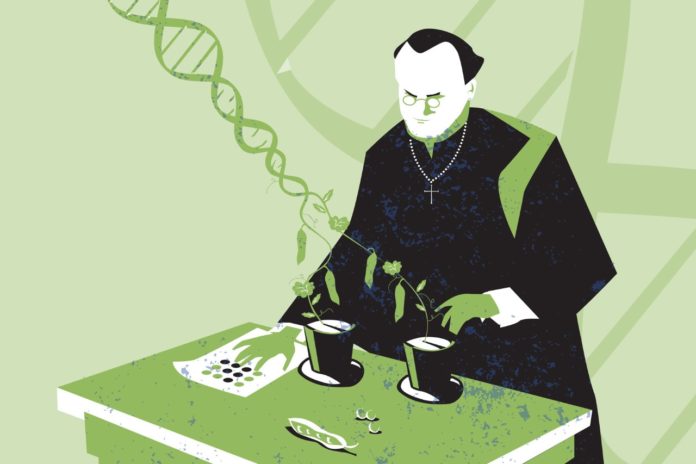 As the global population grows, high-yielding harvests and healthy crops are essential to feed mouths across the world. An answer to this pressing call came a little over 200 years ago in the form of the ‘Father of Genetics’ — also known as Gregor Mendel.

Born in 1822, Mendel conducted his famous crossing experiments with 34 different varieties of peas as he set out to determine if he could create a new variety with these crossings. Through his extensive research, Mendel deducted three different laws: the Law of Segregation, the Law of Independent Assortment and the Law of Dominance. His discoveries opened up a whole new world for not only plant breeding, but also the research into the genetics of animals and humans.

“When you want to make progress in plant breeding, you have to know the inheritance of the genes of the traits that you’re studying, or the genes for the target traits in your breeding program,” explains Marcel Bruins, editor of European Seed and founder of Bruins Seed Consultancy, on the Jan. 11 episode of Seed Speaks. “Without Mendel and that knowledge, breeders would just be making random crosses, selecting for the biggest ears or the nicest plants without really knowing what they’re doing.”

Plant breeding transitioned from a phenotypic mode — a mode in which breeders took plants, made crosses and then determined what the products of the crosses were, noting their phenotypes — to the utilization of molecular tools and markers. This modern biology allowed breeders to predict traits based on the molecular composition, completing the transition from a phenotypic to molecular selection. Now, breeders have evolved to thinking about the combination of traits for a predictive genome, according to John Purcell, chief strategy officer at Unfold.

One of the key learnings that Mendel gleaned from his research was the importance of specific traits for the type of variety that is being bred — for example, a plant size of a given variety.

This discovery is especially crucial in today’s world where the population is facing issues such as climate change, a growing population, changing diets and a push towards sustainable practices in agriculture, says Bruins.

“Without Mendel’s findings, it would take much longer before better varieties would come to the market. That is something that we cannot afford at this point in time where we have the massive, unprecedented challenges that we’re being faced with. We cannot afford to slow down variety development,” he adds.

Mendel’s teachings are still extremely relevant in the classroom and lab today, as shown by the work of Michael Mazourek, Calvin Knoyes Keeney associate professor of vegetable breeding at Cornell University. Mazourek is currently working on some of Mendel’s genes — only half are known, yet Michael is still able to use them in his work, which is an astonishing fact that doesn’t go unnoticed.

“That’s one of the fantastic things about plant breeding — we’re able to use things while they’re still in the unknown stage. I don’t know exactly what the gene is, but I’m still looking at the same phenotype Mendel looked at. We have some modern tools to look at it, and it’s very much a time transport for me too. It’s been 150 years, and we’re still working on some of this,” he shares.

As Mazourek works on breeding peppers in his lab, he relies heavily on the contrasting character states that Mendel stressed upon.

“As I’m making a cross between peppers that are spicy or not spicy, Mendel was working with his contrasting states. For me, not spicy is zero heat. Zero pungency. For spicy, the question everyone has is, ‘How hot is it?’ So, you have this quantitative, continuous variation. This whole spectrum of how that character can exist. As I’m tackling that, that’s definitely building off of what Mendel was working on,” he says.

While the most obvious benefit Mendel gifted the world were his three laws, he also taught the community an important lesson: perseverance. After analyzing tens of thousands of plants for eight years, he still never received recognition for his work until after his passing. This didn’t stop Mendel — in fact, it only proved his scientific rigor, believes Bruins.

“Just a few days before his death, he commented in 1884, and I quote, ‘My scientific labors have brought me a great deal of satisfaction and I’m convinced that before long, the entire world will praise the results of these labors.’ He was laser-focused on the result. He knew that he had found something really groundbreaking, and it was just a matter of time before people would be able to understand what he had found,” he concludes.

We’re All Peas in a Pod

How Young Plant Scientists are Creating Crops of the Future: Watch This Week’s Seed Speaks

The Importance of Wild Relatives in Plant Breeding

What’s Your Final Goal in Breeding? It’s Not Always Obvious